Towering Waves Call It A Night 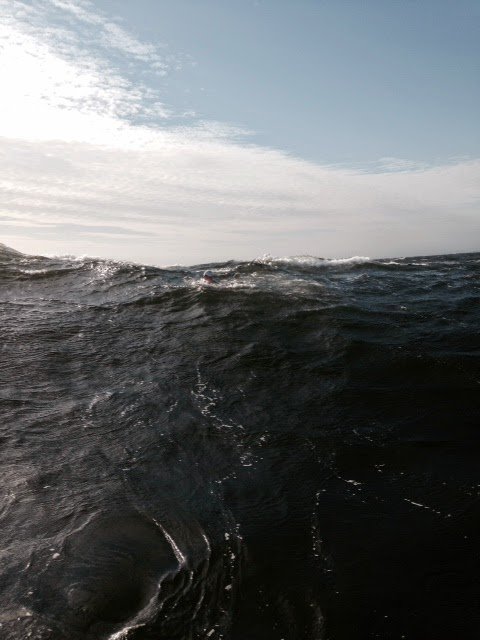 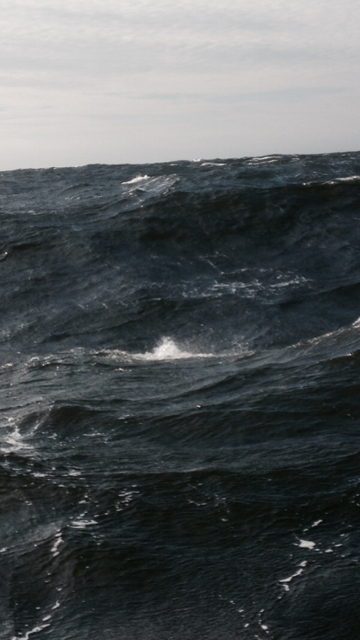 Towering Waves Call It A Night

Swim photos show that these swims are indeed large, but often the size is actually debatable.

However, there are occasional swims where the ocean swells are truly large that the walls of water seem to fill the entire horizon.


These swells are so imposing that the escort boats are seemingly swallowed up by the rise and fall of the ocean. The waves in these swims loom larger than the mast of the escort boat and standing up without holding onto to something is an impossibility.

This was the case of yesterday’s two-way Farallon relay attempt being called prematurely early. The Night Train Swimmers had planned to from the Golden Gate Bridge to the south Farallon Island and back in an unprecedented attempt. But Night Train Swimmers Patti Bauernfeind, Kim Chambers, Simon Dominguez, Ashley Horne, Emily Kreger and Dave Holscher with Captain Vito Bialla, Patrick Horne and Dr. Dave Ogden on board the SEQUEL at least made it out to the Farallon Islands safely – and in record time.

“Swell picking up as we head towards Point Bonita,” says Dr. Ogden at the start of the attempt as they headed out from under the Golden Gate Bridge. His words could not have been more correct.

“The winds are blowing at 15 knots and it is bouncy, bouncy,” called in Chambers in a subsequent understatement after her first leg.

“What a great experience,” said Dominguez who had the honor to finish the one-way crossing. “It was tough but lots of fun.”

“The conditions were too dangerous for a round trip,” summarized Chambers. “It was blowing 20 knots on the way home with 8-10 foot swells with breaking waves in all directions. We are all safe thanks to our Captain Vito who piloted us through very tough conditions.”

The upper photo shows a 15-foot wave coming alongside the escort boat before conditions got really rough. Captain Bialla and the team called the swim after a record one-way crossing in 14 hours 10 minutes in what he described as “brutal brutal conditions. It was impossible for a swimmer to get on board a boat at night with trailing seas like that. We are happy to be home.”

Second photo shows Patti Bauernfeind in the trough of some ocean swells 2.3 miles from the Farallon Islands. 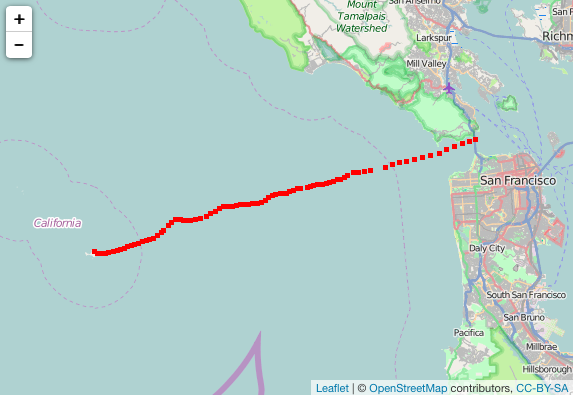