The Transformation Of The International Masters Open Water Swim In Izu 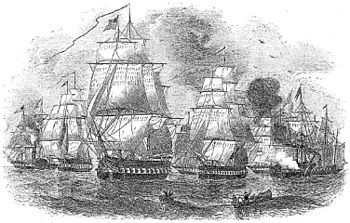 At last night’s pre-race ceremonies of the International Masters Open Water Swim in Yumigahama Beach in Izu, Japan, a wonderfully ornate float replicating the opening of Japan by Commodore Matthew Perry was paraded in front of the festive crowds.

The float represented the Black Ships, the fleet led by Commodore Perry in the 1850s, that compelled Japan to end its long period of isolation in the 19th century.

Another transformation is now happening.

Spin forward to 2011 and the representative 1st International Masters Open Water Swim is opening the Japanese open water world to the global open water swimming community. With its amazingly intricate and expansive series of races from the south in Okinawa to the north in Honshu, the waters of Japan offer something for open water swimmers of all ages, abilities and backgrounds.

Under a full moon, swimmers throughout Japan, Europe and America listened not only to the pre-race instructions, but also participated in an elaborate welcome dinner at a coastal hotel and the oceanside festival with fireworks where they shared their love of the sport.

The foreign contingents landed in Narita Airport and were whisked by train to the center of busy Tokyo. From there, they boarded the famous bullet trains that took them an hour south of Tokyo, away from the hustle and bustle of the megalopolis and towards the greenery and rugged coastline of the Izu National Park.

“As we sat in this quiet, lightening speed bullet train barrelling down toward Mount Fuji, it was an amazing transformation from the big city of Tokyo with lights and millions of people to the solemn tranquility of a beautiful coastal oasis,” said Lexie Kelly, an American swimmer visiting from California. “We got off the bullet train in Atami where we saw the clear ocean not too far off in the distance. Then we board a local train and experienced this quaint voyage along the coast where we were able to gaze down upon the blue water. There were so many little islands that dotted the horizon. Our view was blocked every now and then from this lush greenery, but we were a few hundred meters above the shoreline, so we had this great view for over an hour.

After we got off the local train, we got in a taxi and then drove for another 20 minutes to this seaside hotel. The start of the race was right in front of the hotel and I couldn’t believe how we changed perspective from one of the most densely populated cities in the world to this serene beach in just a few hours.

Then Shinozaki-san comes running out of the hotel and greets us with this huge smile and is so appreciative of our arrival. “Welcome, welcome. It is so nice for you to be here,” he says.

Shinozaki is such a warm-hearted man and so eager to bring people from around the world to Japan for open water swimming. The race tomorrow is going to be great.“