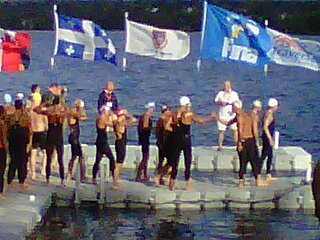 There are storm clouds off in the distance approaching quickly as the water temperature holds steady at 22 degrees C. 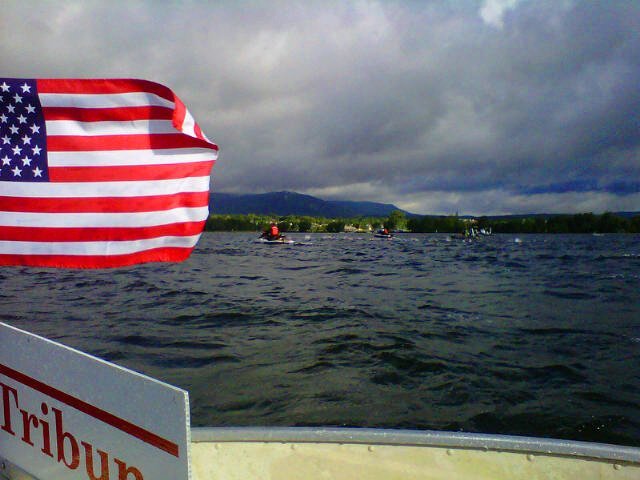 The safety protocols are in place and the entire race organization is prepared for the worse.

In the case a storm hits, all the athletes will be protected by divers and then picked up by a large security patrol boat.

Meanwhile the coaches and handlers on the water will be instructed to head immediately to shore with their escort boat pilots.

They will wait out the storm on land until ground crews come to pick them up.

As the skies gets increasingly darker even in the morning hours, the pack of men and women are hanging together like a large school of fish.

Apparently there is safety in numbers and comfort is sensed in a large pack, at least for the first few hours.