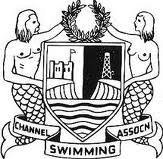 Any open water swimming enthusiast or fan will enjoy reading the Channel Swimming Association handbook. It is a 160-page paperback book that is filled with facts, background, photos, data and records.

Tidbits of information abound on every page.

Motivational facts are included, such as the lifelong passion for swimming that Commander C. Gerald Forsberg, O.B.E., R.N. had.

He is reported to have swum an estimated 16,000 miles during his career. He literally, as they say, swam halfway around the world.

Interesting quotes are included, such as the statement made by the Mayor of Dover in 1875 who proclaimed the following after the first Channel swim by Captain Matthew Webb: “I make bold as to say that I do not believe that in the future history of the world any such feat [i.e., corssing the Channel] will be performed by anybody else.”

Comparison are included such as the relative difference between swimming from England to France versus France to England.

Medical, physical and emotional preparation notes are detailed by Dr. Christopher Stockdale and Dr. Julie Bradshaw, MBE. Information on feeding and the roles of the observer and the pilot are explained. Tides, regulations, the effect of wind and the annual awards add to the plethora of information for the channel swimmer as well as discussions on the complete list of Channel Swimming Assocation swimmers, and the past and future directions of the organization.

Information on the multitude of fund-raising efforts are fascinating to read as are the number of professions that are represented by channel swimmers, from taxi drivers to university professors.

It is a great resource and a marvelous addition to any serious open water swimmer’s library.