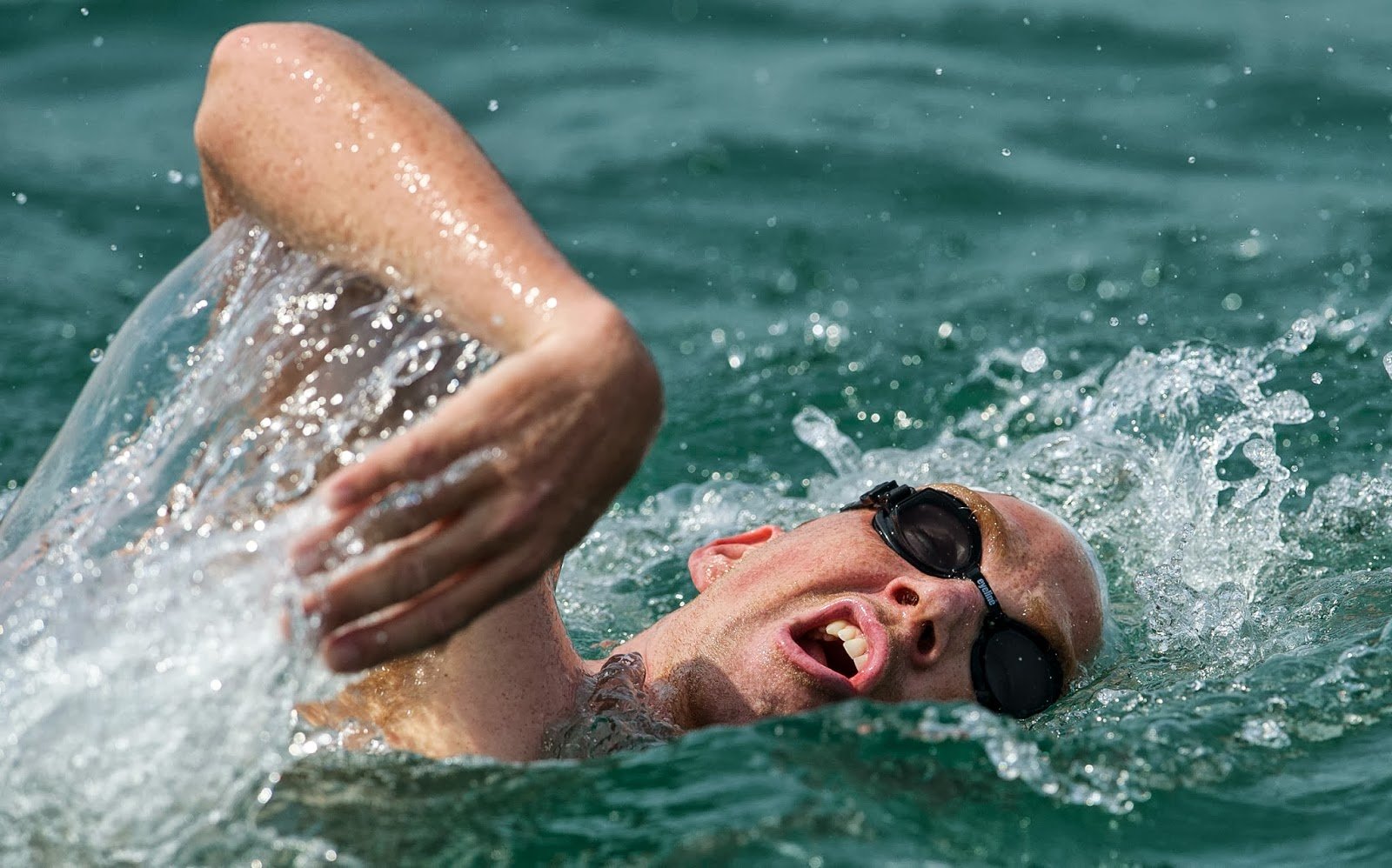 After giving a very well-received presentation at the Royal Geographical Society in Hong Kong this week, Trent Grimsey is staying around this weekend for the 1st Hong Kong Southern District Beach Games at Repulse Bay on October 20th.

Organized by Open Water Asia, the Games includes a Water Polo Tournament, The Five, a pier-to-pier swim with over $20,000 up for grabs, beach dodge ball, canoe, and beach handball performances, and a shark-themed sand sculpture event.

Grimsey and Hannah Wilson, winner of the 2009 Hong Kong Sport Stars Awards, are the favorites to win the 5 km race along the beautiful coastline of the Southern District of Hong Kong.

With water polo players from Hong Kong, Singapore, Shanghai, Japan, Macau and Hungary competing, the inaugural event put together by Doug Woodring and 26 Coaching with support from Ocean Recovery Alliance, looks to be quite international right from the get-go.

Photo by Victor Fraile of The Power of Sport Images at Hong Kong’s Clean Half marathon swim.