Trent Grimsey Tidies Up The Clean Half 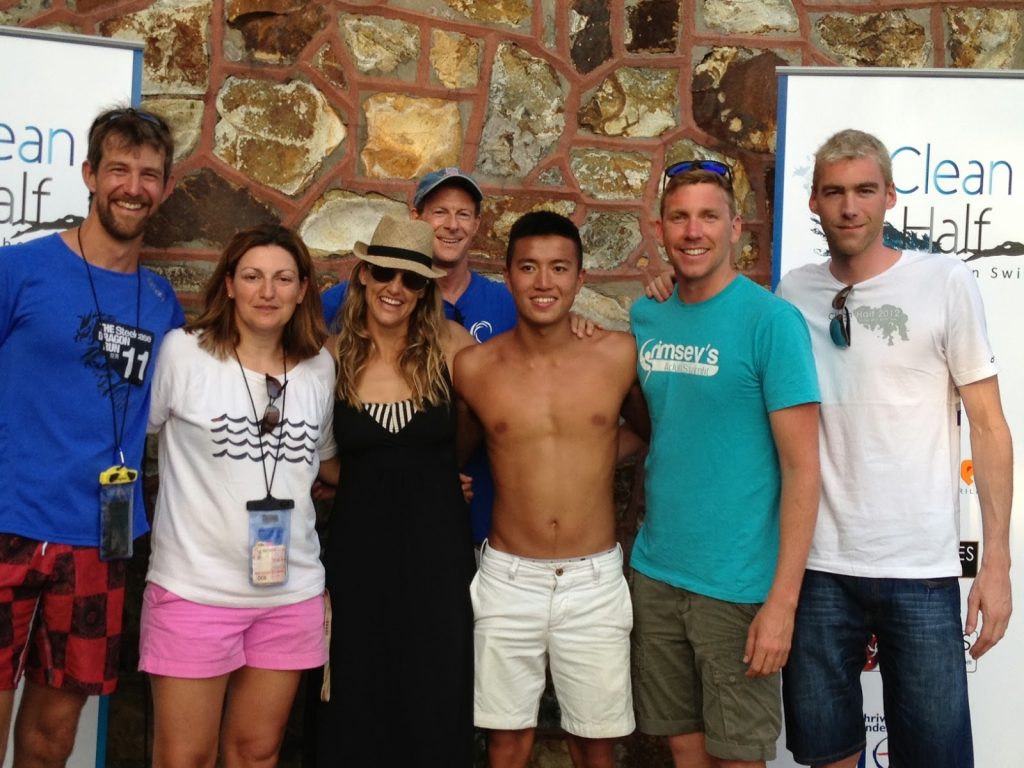 It was huge out there in the very best meaning of the word.

The Clean Half was showered by perfect weather with a fairly calm and warm ocean, and only a few currents to deal with today in Hong Kong.

A new course record for the solo 15 km was broken by Trent Grimsey, who emerged from his retirement with a time of 3:14:23. The English Channel record holder eclipsed the time that Marcos Diaz from the Dominican Republic set three years ago.

In the team’s event, a new course record was also set by Swimming the Wright Way with a blazing time of 3 hours and 47 seconds. The women’s team race was won by The Manta Gals at 3:21:50, and the mixed team division was topped by LCR Awesome Sauce in a time of 3:06:22 while Team Ocean Recovery won the Carbon Neutral Category (swimming and paddling on an outrigger canoe) with a time of 3:25:20.

Race director Doug Woodring was very pleased with the record turnout of 58 teams this year along with 9 solo swimmers, all of whom had to swim past The Wall:

Trent Grimsey is wearing the green t-shirt that includes the Brian Ryckeman in white on far right.