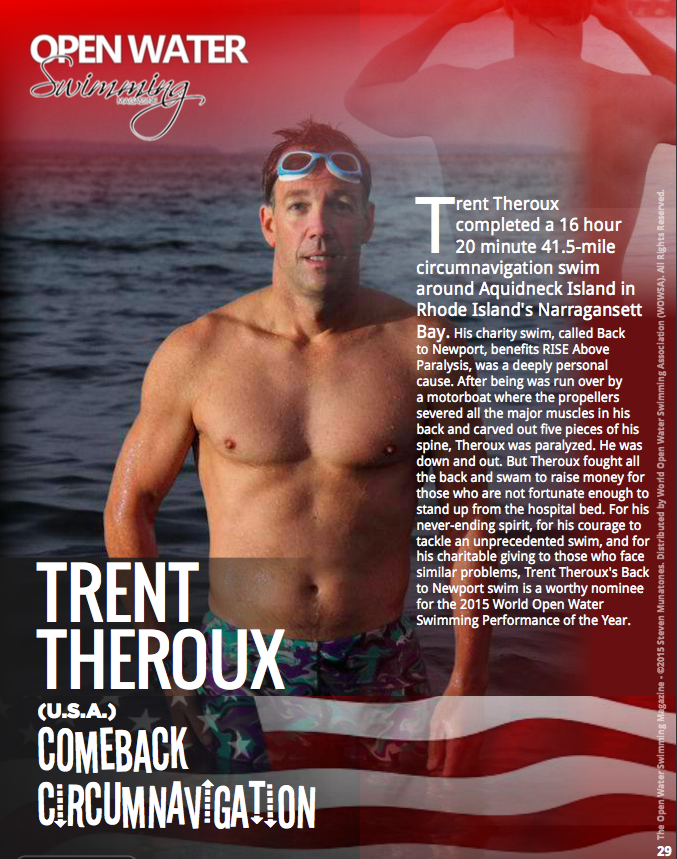 His charity swim, called Back to Newport, benefits RISE Above Paralysis, was a deeply personal cause. “13 years ago, I was run over by a motorboat. The propellers severed all the major muscles in my back and carved out five pieces of my spine. The accident left me paralyzed, temporarily.”

For his never-ending spirit and for his charitable giving to those who face similar problems, Theroux’s Back to Newport swim is nominated for the 2015 World Open Water Swimming Performance of the Year.

To vote for the World Open Water Swimming Performance of the Year in the 2015 WOWSA Awards, visit here.