Trevor Smith Built A Base In The Open Water 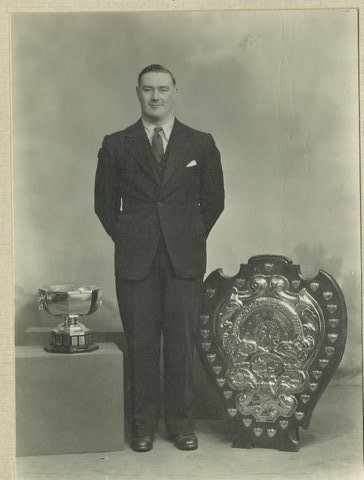 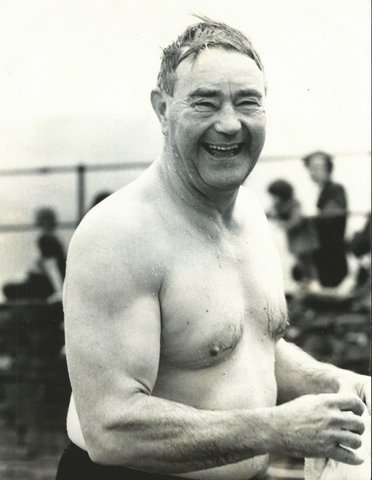 Trevor Smith was one of the founding fathers of the British Long Distance Swimming Association*, serving as its Honorary Treasurer for over 25 years until 1981 and as its president during the 1971 season.

He was instrumental in establishing the Lake Windermere International competition every four years as the prime event for amateur marathon swimmers around the world.

As an athlete, he was the 1948 Morecambre Cross Bay Championships** winner and was the 1977 British Long Distance Swimming Association Veterans (Masters) Champion (held in Coniston, shown on left).

For his volunteer efforts behind the scenes, he was inducted in the International Marathon Swimming Hall of Fame in 1998 as an Honour Administrator.

* The British Long Distance Swimming Association (BLDSA) is an open water swimming association founded in 1956 and is one of the world’s oldest governing bodies of open water swimming. It has been recognized as an Honour Organisation by the International Marathon Swimming Hall of Fame. It functions due to the hard work of its passionate volunteers and experienced officials and officers. The association governs open water swims, relays and marathon swims throughout Great Britain.

** The Morecambe Cross Bay Championships is an open water swim originally attempted in 1907 and subsequently organized by British Long Distance Swimming Association, but later disbanded in 1991. The distance was 9-11 miles depending on the fluctuations of sandbanks and channels.