Trio Of Aussies Do Triple Crown Around The Big Apple 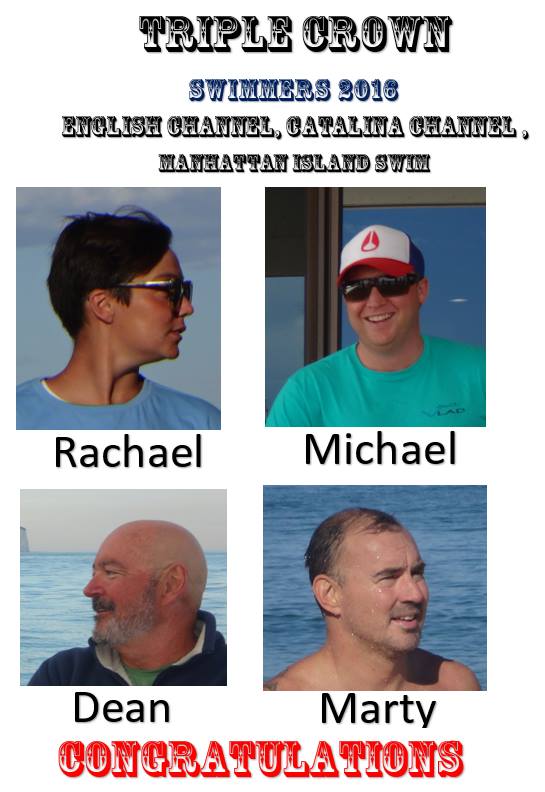 Australians from Sydney nearly swept the second edition of the Manhattan 20 Bridges Swim around Manhattan Island with a #1, #2 and #4 finish yesterday.

Each of them also completed the last leg of the Triple Crown of Open Water Swimming.

Michael Hanisch won in 7 hours 35 minutes with his girlfriend Rachael Elkaim closely behind in 7 hours 44 minutes. Along with Dean Summers, they became Australia’s 12th, 13th and 14th swimmers to complete the Triple Crown.

Co-race director David Barra said, “It was a great day. There were happy swimmers and incredible support.

And a great timeline modeling from Rondi Davies made it all come together.”

For more information on the event, visit here.

Michael Hanisch, Rachael Elkaim and Dean Summers are shown above together with another Australian Marty Filipowski who completed the inaugural 20 Bridges Swim on August 15th.