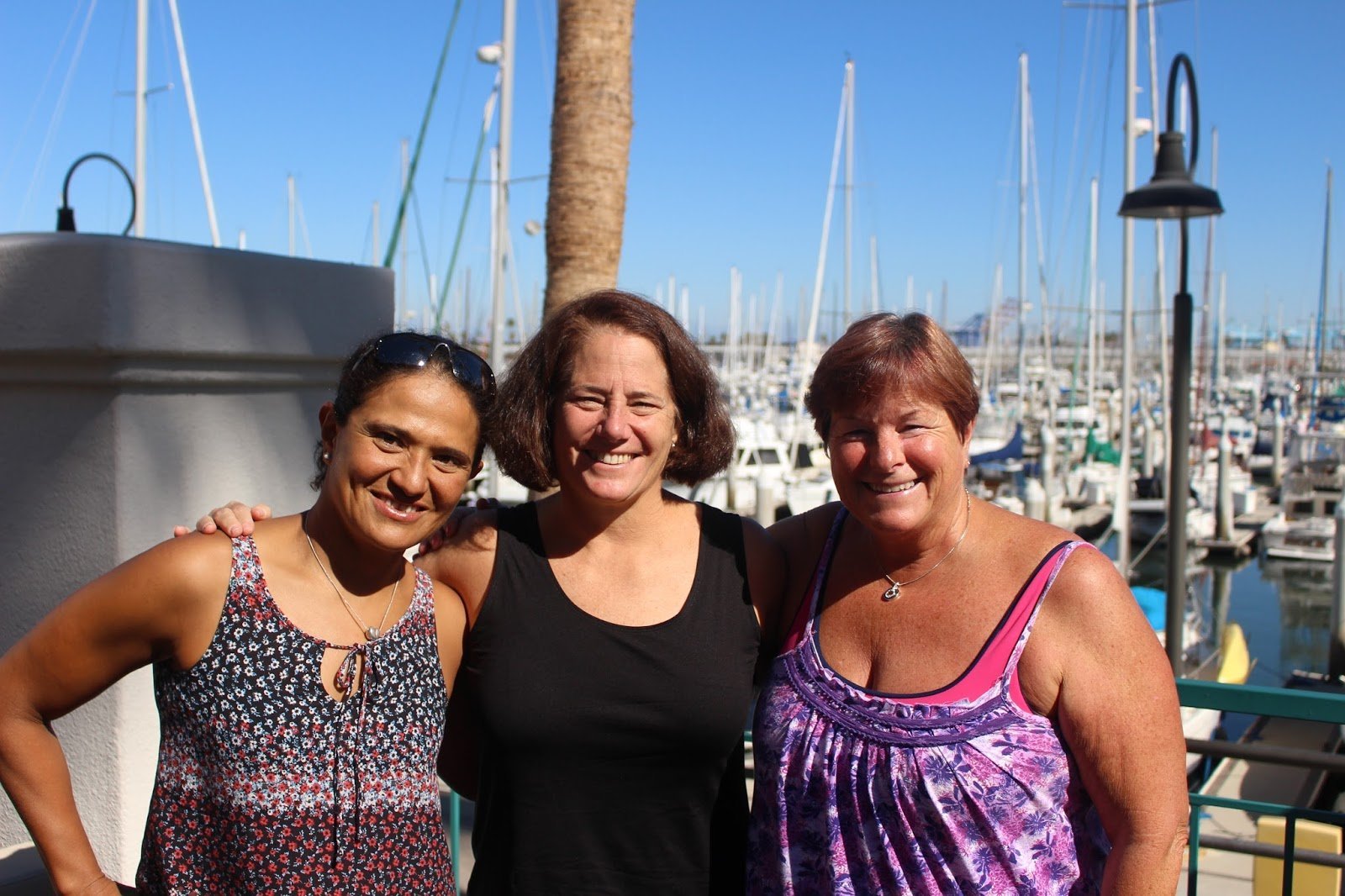 Casually sitting around the docks in San Pedro, California were a trio of channel swimming legends. Just listening to Jersey’s Sally Minty-Gravett, Mexico’s Nora Toledano Cadena, and America’s Elizabeth Fry chat about their upcoming goals is mind-boggling and inspiring.

After Minty-Gravett represented the Bailiwick of Jersey at the International Marathon Swimming Hall of Fame induction ceremonies, she spoke about swimming not only a two-way English Channel crossing next July 2016, but also crossing the English Channel in her sixth consecutive decade in 2020 when she will be 63 years old.

She sat across from Toledano who is finally heading towards the Catalina Channel for her own solo swim in 2016. After crewing across the Catalina Channel for fellow Hall of Famers Fry and Antonio Argüelles Díaz-González, and six solo English Channel swims and two Manhattan Island Marathon Swims, she will finally achieve the coveted Triple Crown of Open Water Swimming.

Between the Hall of Famer from Jersey and the other one from Mexico, Fry talked about attempting a mainland-to-Catalina crossing across the Catalina Channel. This would place her in a totally unique position within the marathon swimming community. Fry has not only swum the English Channel in both directions (England-to-France and France-to-England), but she has also swum in the clockwise and counter-clockwise directions around Manhattan Island. Because she has already swum from the Santa Catalina Island to the mainland, if she completes a mainland-to-Catalina crossing, she will be the only person to complete a Reverse Double Triple.

A Reverse Double Triple is the ultimate form of the Triple Crown of Open Water Swimming where a swimmer must complete a crossing in both directions of the English Channel and Catalina Channel as well as a circumnavigation swim around Manhattan Island in both directions.