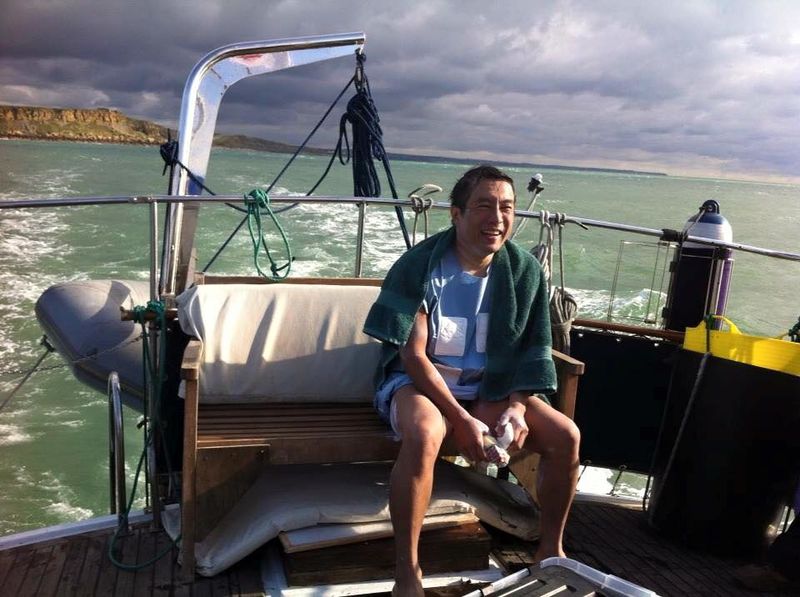 Channel swimmers tend to be a meticulous bunch with a penchant for data, information, and attention to detail.

Yuta Tsuboi of Japan and New York is a prime example. He was the first Japanese swimmer to complete the Triple Crown of Open Water Swimming and the Grand Slam of Open Water Swimming. Along the way, he started to carefully research the last few dozen Triple Crown swimmers and noted the precise order and times that they completed their swims around Manhattan Island and across the English Channel and Catalina Channel.

“For something as prestigious and difficult as achieving the Triple Crown of Open Water Swimming, we still lack a good amount of interesting information on all the Triple Crowners,” explains Steven Munatones. “For example, we have not compiled in one site everyone’s exact ages when they achieved the Triple Crown or the names of all their pilots and observers or their precise finish times. The information is scattered all over the Internet, but it is not in one consolidated database that could be of historical interest for future generations. But fortunately people like Tsuboi have started to research and document data like the exact day in which Triple Crowners realized their achievement. But we still have a ways to go.”

Here is the data that Tsuboi recently compiled for Triple Crowners #101 to #126 where MIMS denotes the Manhattan Island Marathon Swim, CC denotes the Catalina Channel, and EC donates the English Channel: