Triskelion Triumphant Across The Isle Of Man Channel 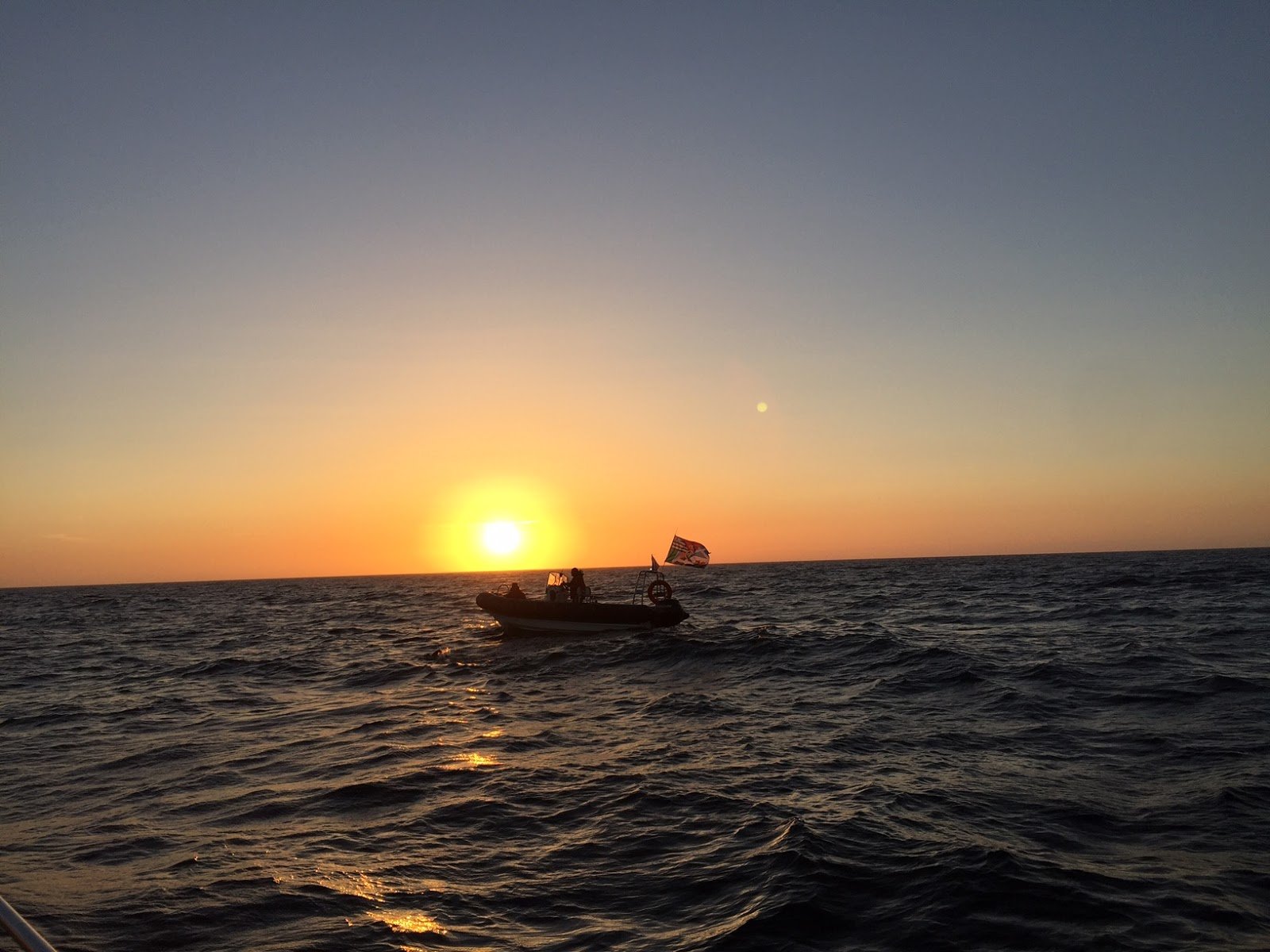 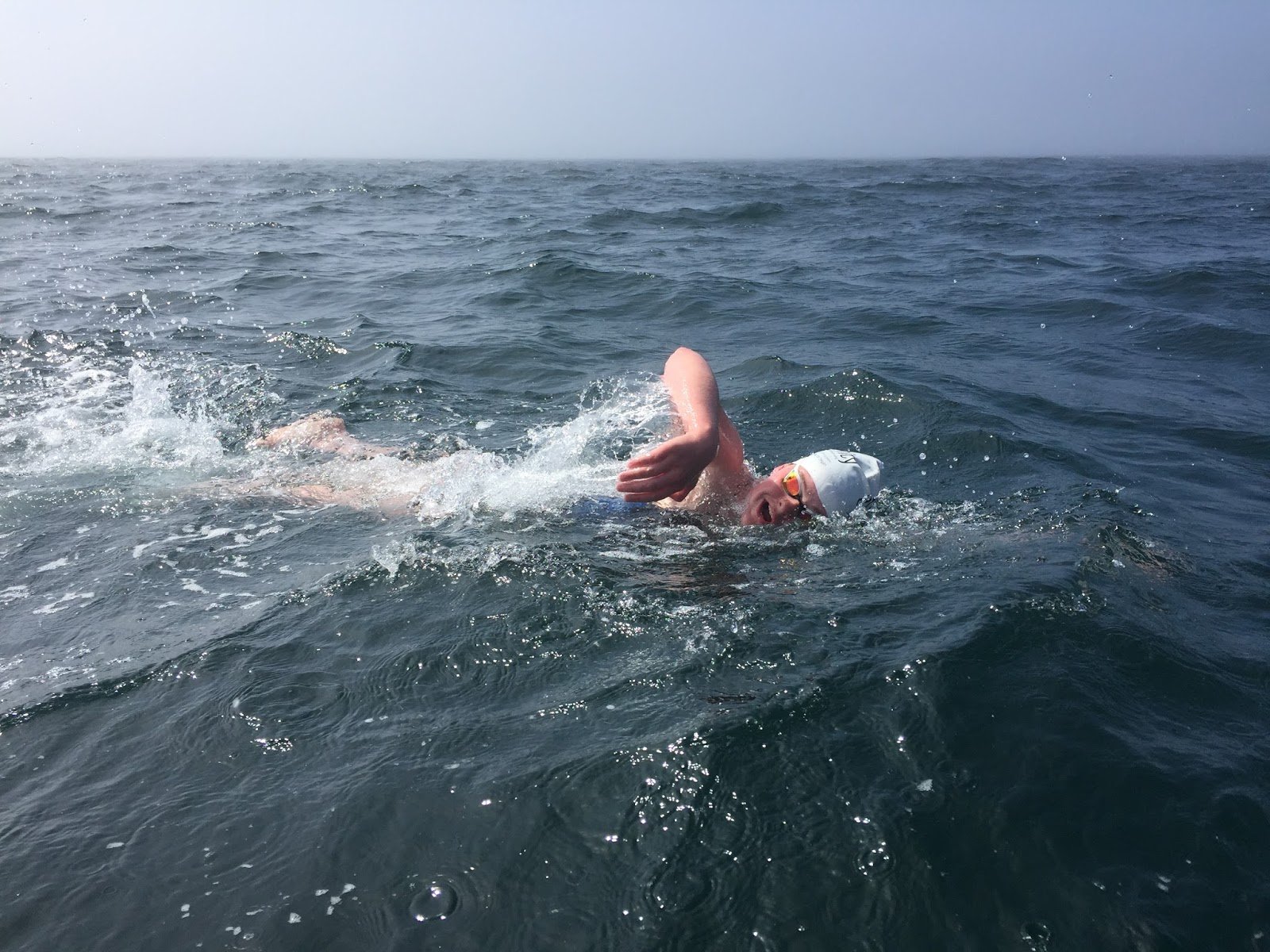 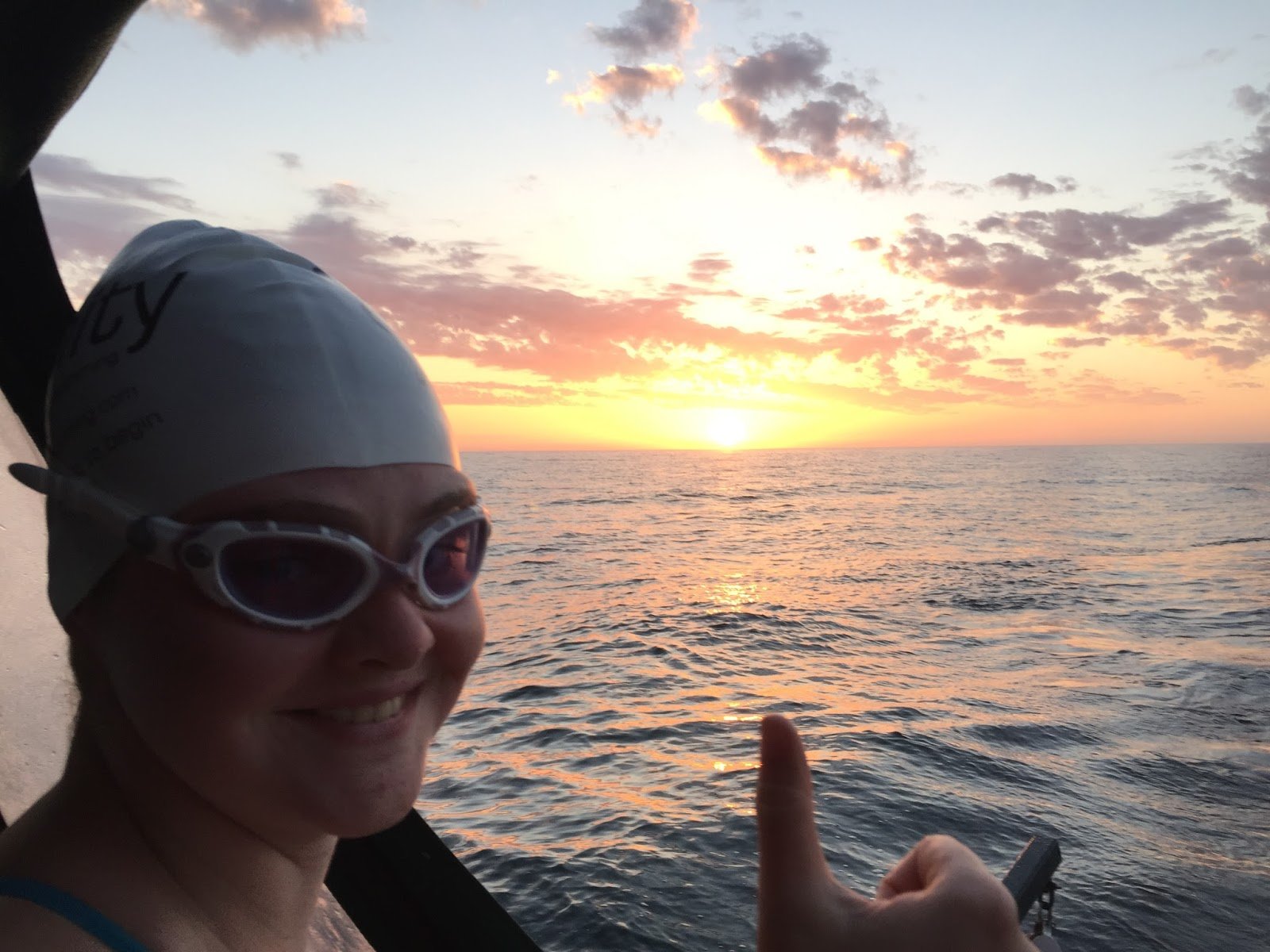 Following on from the Guinness World Record at Camlough Lake in 2009, the seeds of the Isle of Man crossing and Team Triskelion were sown.

Historically, there had been three previous attempts. Two were done on the same day in 2010 by a four-person relay while a team from Drogheda, Ireland attempted to swim the channel in the opposite direction from Ireland to Isle of Man on the same day. There had been one successful crossing Portavogie in Northern Ireland to Peel on the Isle of Man by a 12-person team in 1979 led by renowned open water swimmer Jack McClelland.

Infinity Channel Swimming and Piloting Services studied and researched the crossing and came up wit the formula to cross the channel with the help of Mother Nature. The team, led by Pádraig Mallon, visited the Isle of Man in late May to discuss with the local sailing fraternity, complete test swims at Peel and Port Erin and decide on the swim window.

Mallon and Nicky Donnelly planned and plotted the swim route together with the available knowledge of the waterway and set in motion a recipe for success.

The team of Olive Conroy (18 years old of Ireland), Conor Turner (22 of Ireland), Elina Makïnen (24 of Finland), Anna-Carin Nordin (45 of Sweden), Rory Fitzgerald (45 of Ireland), and Carole Laporte (40 of France) travelled to Peel on the Isle of Man for their swim window which opened on June 14th. The wind and rough sea conditions did not enable an attempt straight away and they had to wait until the weekend.

As Milo McCourt has often said, “If you are not fishing, you are mending your nets.” So the team waited, enjoyed the local hospitality, made preparations to the boats, stocked up on supplies, and swam in the waters at Douglas and Port Erin.

Jacqueline McClelland explained the team name,”Triskelion represents the Celtic link for all countries – three legs are reflected in the Isle of Man motto (adopted late in the symbol’s history): Quocunque Jeceris Stabit, traditionally translated from Latin as ‘Whithersoever you throw it, it will stand’ or ‘Whichever way you throw it, it will stand’. The tolerance and endurance of this team would stand the rough water, the cold, the wind, the darkness and the unknown.“ 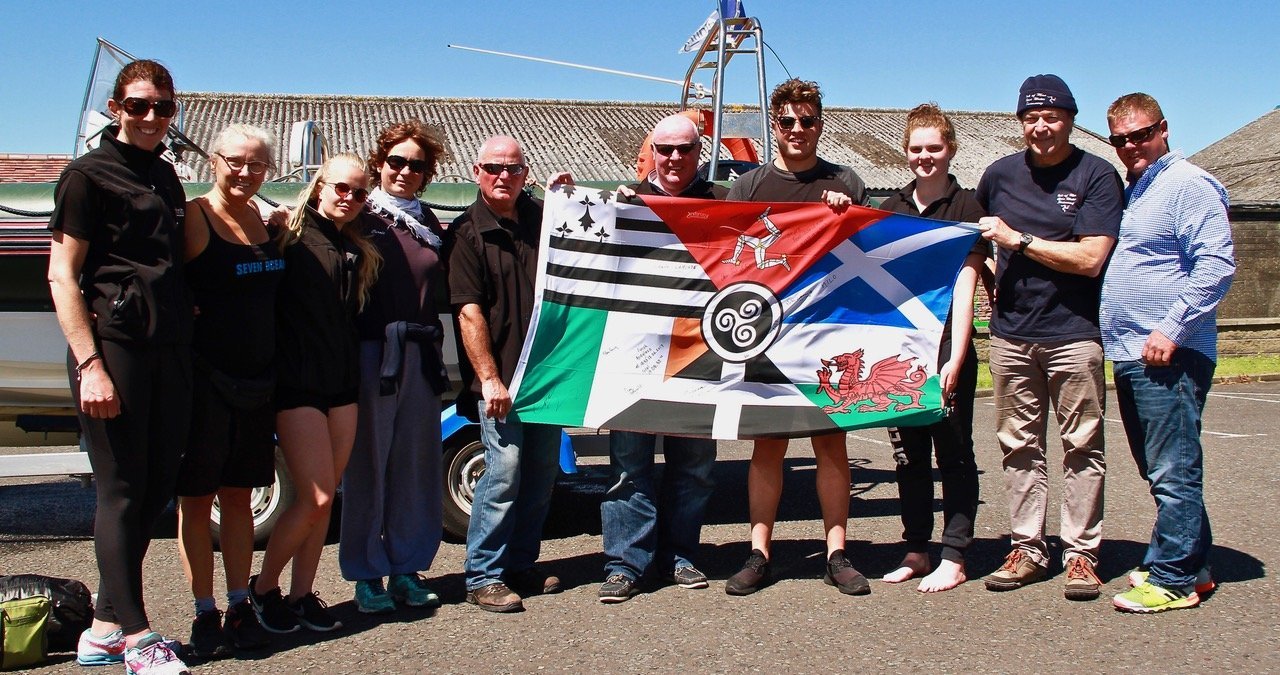 On June 17th, well into the swim window of June 14th – 20th, the waters around the Island of Man were choppy and the wind readings did not match what the forecast said. Local fishermen and yachtsmen advised that the weather over the four-mile mark was usually a truer guide.

Communications for the team in channel swimming are often last minute and that is why they have a swim window – they must be ready to swim at any time. The sun was shining, but the northerly winds blowing meant the water would be hitting crafts and swimmers head on as the ventured for Ireland, certainly not ideal conditions.

As the team ate queenies and topped up their tan, Pádraig and crew took a trip out to the four-mile mark where they met calmer water and more pleasant swim conditions.

The team were advised a swim time of 17:30 and to come to the harbour ASAP packed and ready. Game on.”

Team Triskelion were ready and set sail at 17:30 as planned. Conor Turner was swimmer #1. He commenced with an onshore start from Fenella Beach Peel on the Isle of Man on June 17th at 17:55. “With choppy water for the first four miles, he and Rory Fitzgerald were followed by Anna-Carin Nordin and Elina Mäkinen who took the rough water in stride. Carole Laporte, gracefully and with speed, swam as the sun set and Olive Conroy, the team’s youngest member at 18 years, was the first to swim at night, performed without a flinch, fearless and smiling as she completed the first rotation.

Conor, Rory and Anna swam the hours of darkness in choppy conditions and Carole swam into the sunrise with Elina and Olive enjoying a calmer sea and beautiful soft golden skies.

On board, Pádraig Mallon and Milo McCourt guided the team, encouraging as ever. Milo with his big stick pushing when needed never faltering on their watch.”

McClelland and Donnelly kept Team Triskelion safe warm and focused during each rotation. “Triskelion continued to share stories that help kept their spirits and energy levels high. Carole, a teacher in Isle of Man, told of how she was asked by her students, ‘Where are you going Miss?’ What an adventure she would be able to tell them of back at school on Monday with her Infinity swim cap and her moonie jellyfish friends and the success of her trip to Ireland.”

Triskelion ended up swimming one more full rotation of the team. “The land was visible for over 6 hours and was enough to spur the team on. At 10:55 Olive entered the water with blue skies sun shining and the navigation reading 1600 meters to landfall.

As the other swimmers sunbathed, Elina was shaking and recovering from hypothermia after her third swim. She used the warmth of the sun to rewarm. Life was good.

But Mother Nature and Infinity Channel Swimming ‘don’t do easy’ and this landing would not be easy as the sea mist appeared and visibility was reduced to 200 meters. The experience of both pilots and the closeness to shore would permit the swim to continue. At 11:55 Olive’s rotation was over and Conor entered the water.

Like the lifting of a veil, the mist cleared to reveal the beautiful headland between Ardglass and Ballyholme. Adjusting his course and passing some high-lying rocks, Conor climbed onto the shoreline within 8 minutes in his rotation at 12:03 pm on June 18th. He raised his hands for the finish with 69.7 kilometers swum.

Olive re-entered the water to join her teammate to celebrate completing this pioneering 6-person relay as the ‘Melody Bay’ sang a tune of cheer and elation of their swim time of 18 hours 8 minutes and 32 seconds.” 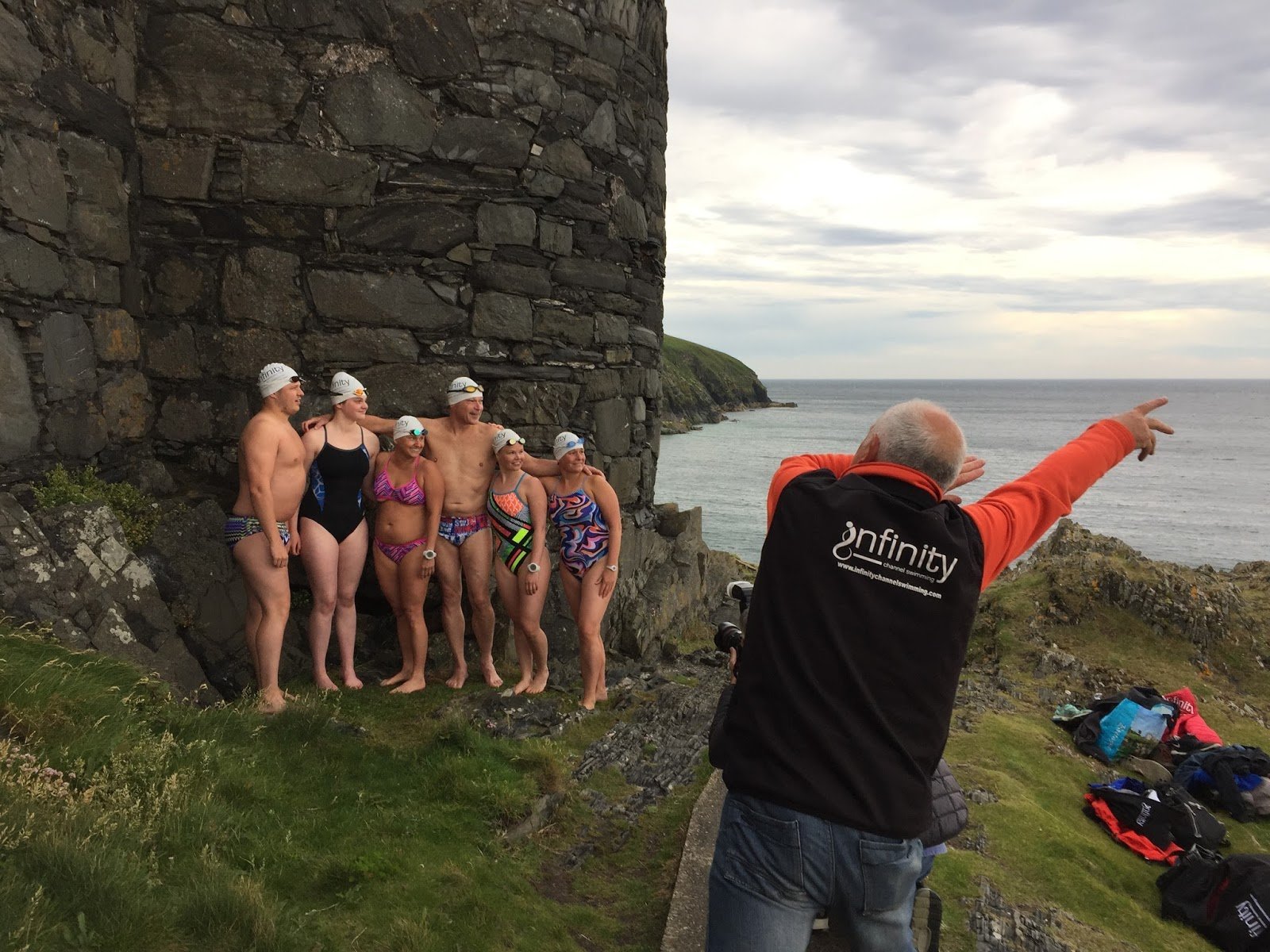 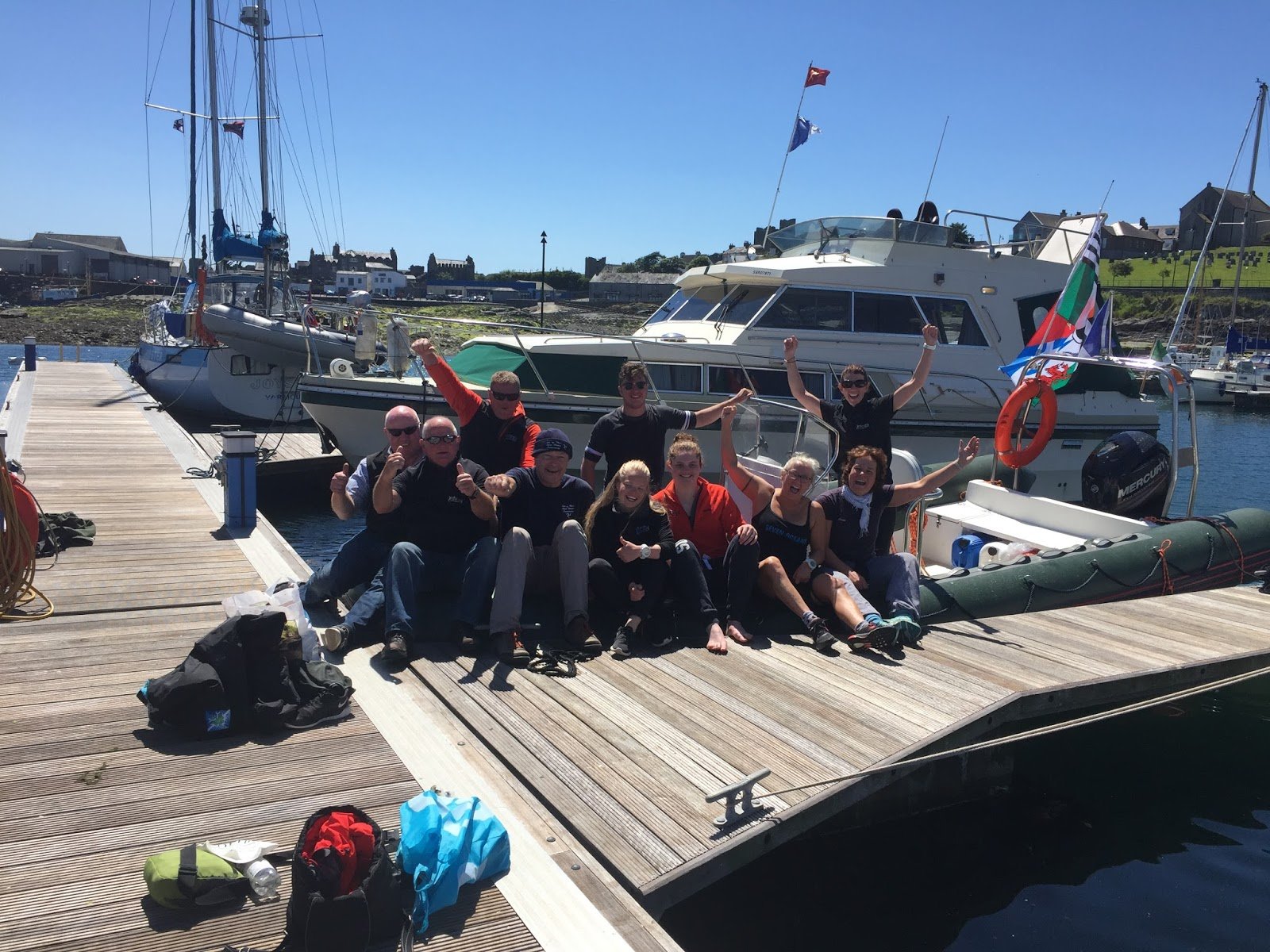