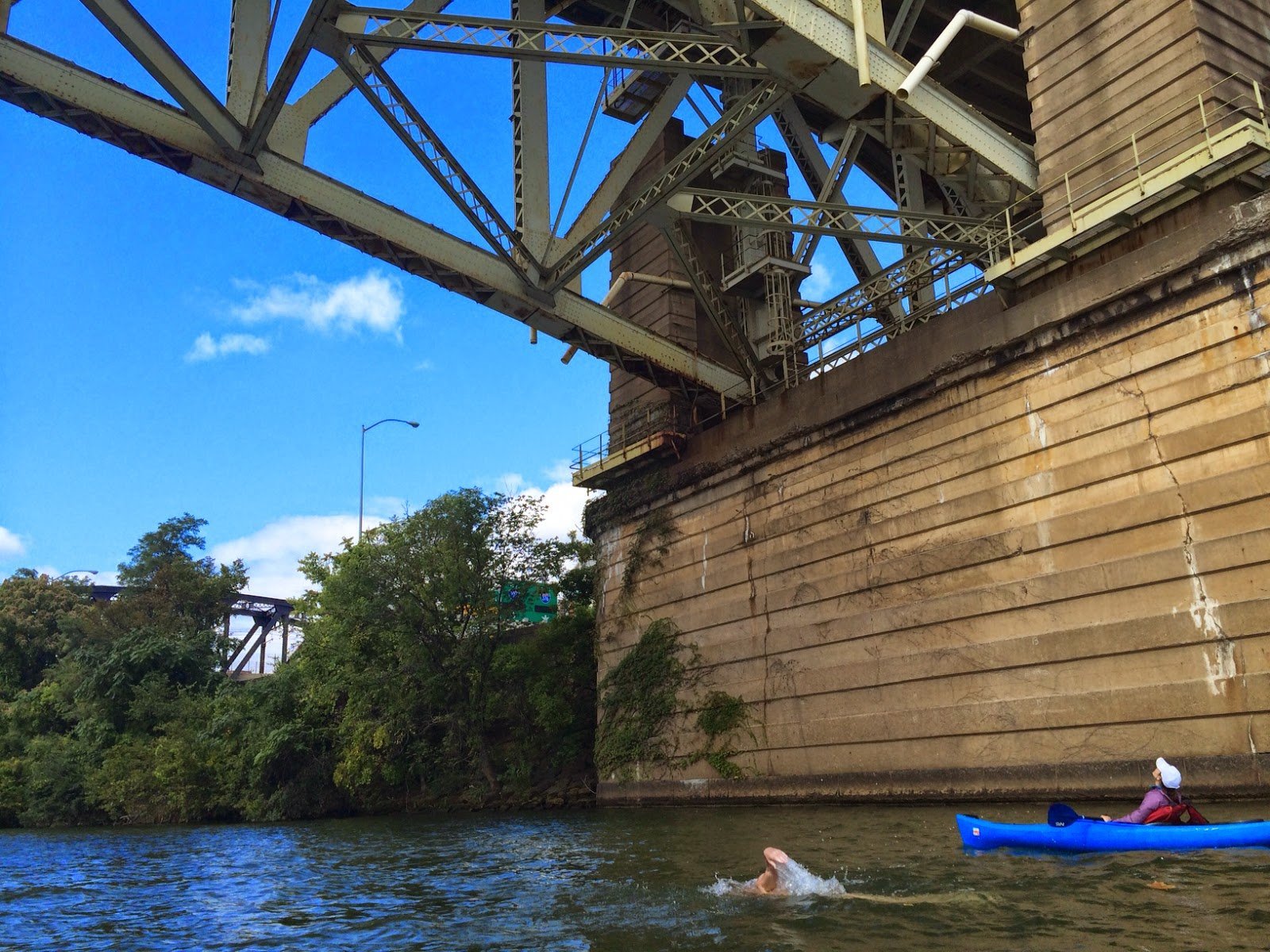 The 30 km Three Rivers Marathon Swim in the middle of Pittsburgh, Pennsylvania is a charity swim for the Forever Fund. The course includes a 10 km swim each in the Ohio River, Allegheny River, and Monongahela Rivers. 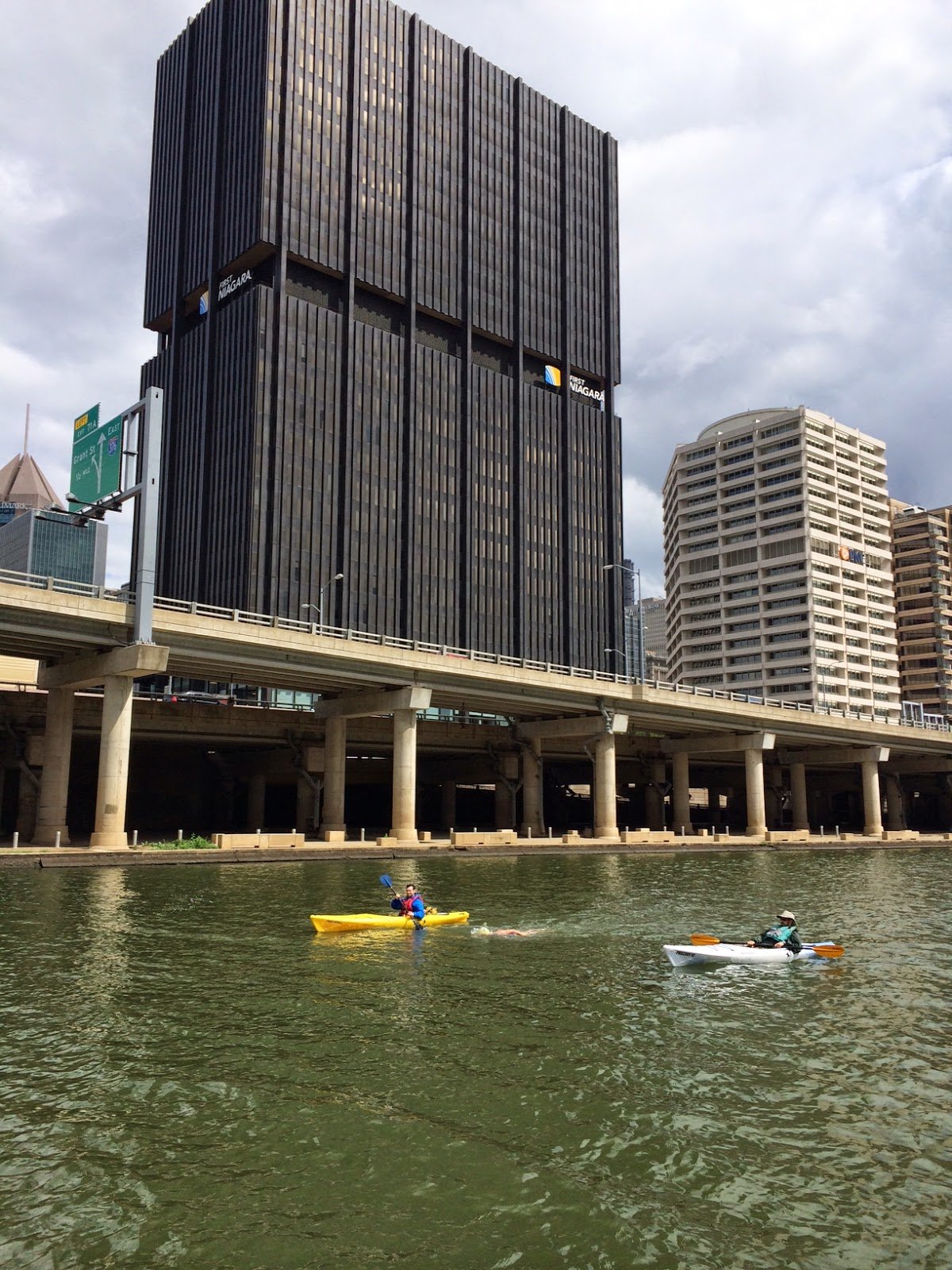 The race began with a water start from the Heinz Field (of the NFL Pittsburgh Steelers) launch at 7:34 am and swam north along a current-assisted 5 km route in the Ohio River. The trio and a larger flotilla of support crew took off under overcast and rainy conditions in cool 56°F air and warm 74°F water that was tranquil and flat. “As they turned around at Brunot Island and swam 5 km back to the city against the current, the water temperature and conditions remained steady while the air temperature began to rise. Once the swimmers hit the Point State Park 10 km mark, the air temperature continued to rise with intermittent sun occasionally breaking through the cloudy skies,” described Miller.

The swimmers continued to face on oncoming current to the 15 km half-way point on the Monongahela River before they turned around between the Birmingham and Hot Metal Bridges. As the air temperatures climbed to 70°F, the swimmers then faced a strong head wind that gusted to 26 mph. As the wind churned up the previously tranquil conditions, Nugent led the group as they benefitted from the currents when they approached the 20 km mark. They faced choppy 1-2 foot swells around Point State Park before they encountered the final 10 km of the race. “The swimmers faced a strong flow as they traveled north along the Allegheny and turned around north of the 33rd Street Bridge, west of Herrs Island,” recalled Miller. “They enjoyed a fast current-assisted 5 km ride to the finish and enjoyed great views of Pittsburgh, PNC Park of the Pittsburgh Pirates all the way to the finishing buoy outside of Heinz Field. 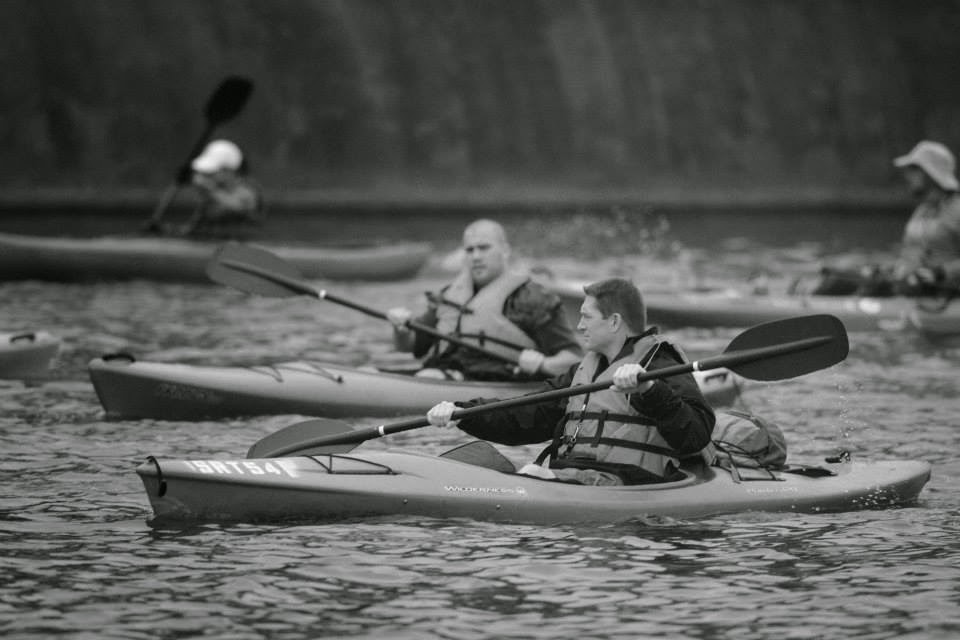 We did this test swim of 30 km that included an out-and-back 5 km course in each of the three rivers: first, the Ohio River, then the Monongahela River, and finally the Allegheny River. We had 2 kayakers per swimmer as well as powered escort boat and the Pittsburgh River Rescue and Pittsburgh Police also offering their support. The water temperature ranged from a low of 73°F to a high of 76°F as the swimmers faced flat, calm, overcast conditions in the Ohio River, choppy, windy and intermittent sunny conditions in Monongahela River, choppy, slightly windy and sunny conditions on the Allegheny River
.” 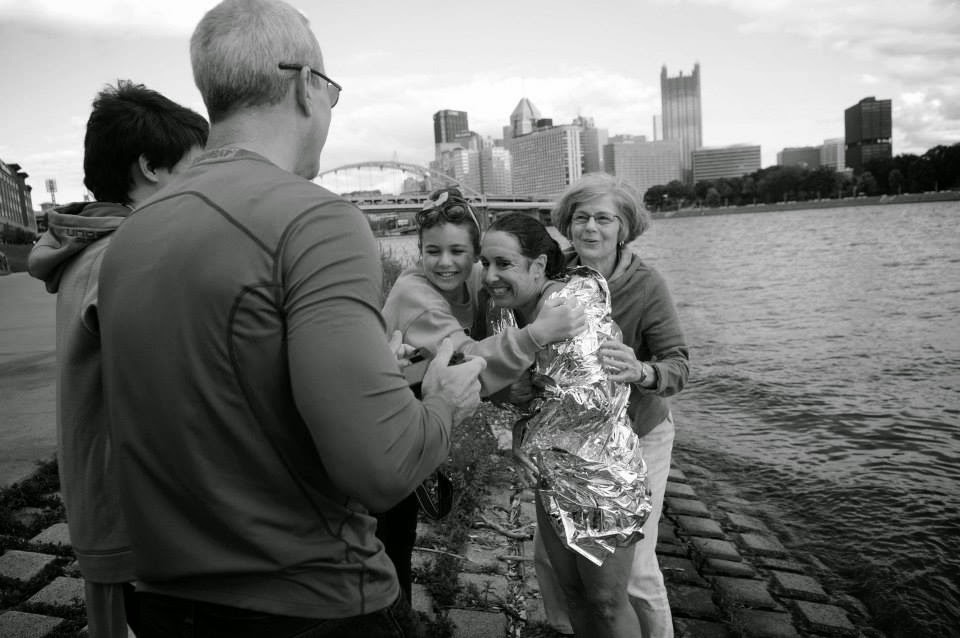 The 2015 Three Rivers Marathon Swim will be a charity fundraising event for Team Forever that directly benefits the Forever Fund at the UPMC Children’s Hospital of Pittsburgh. “We are looking forward to the world coming to the ‘City of Bridges’ next September.” 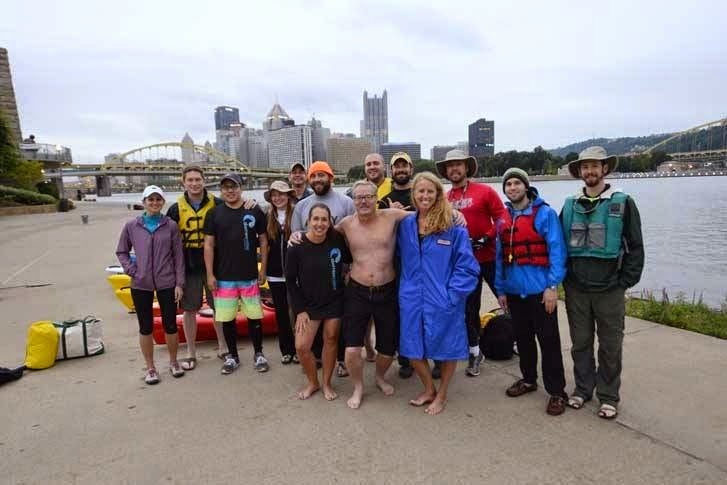