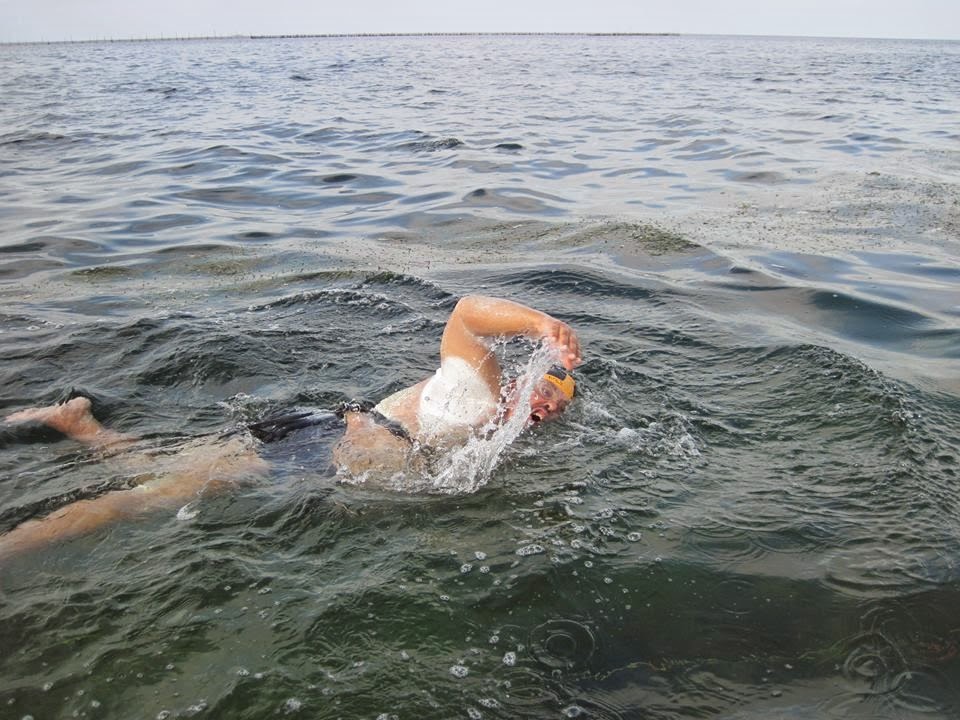 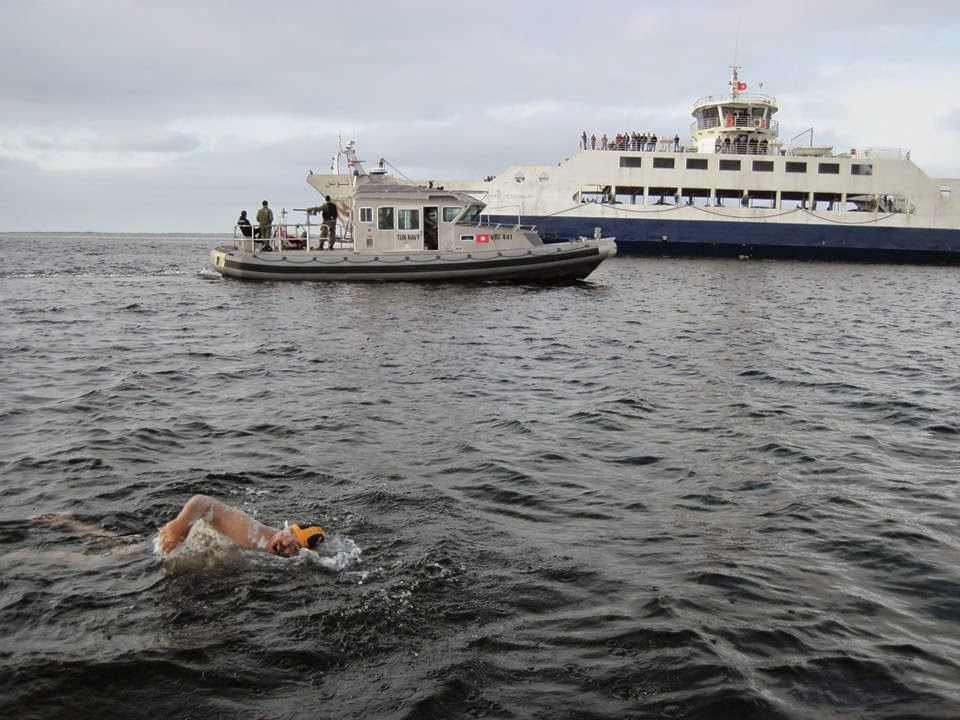 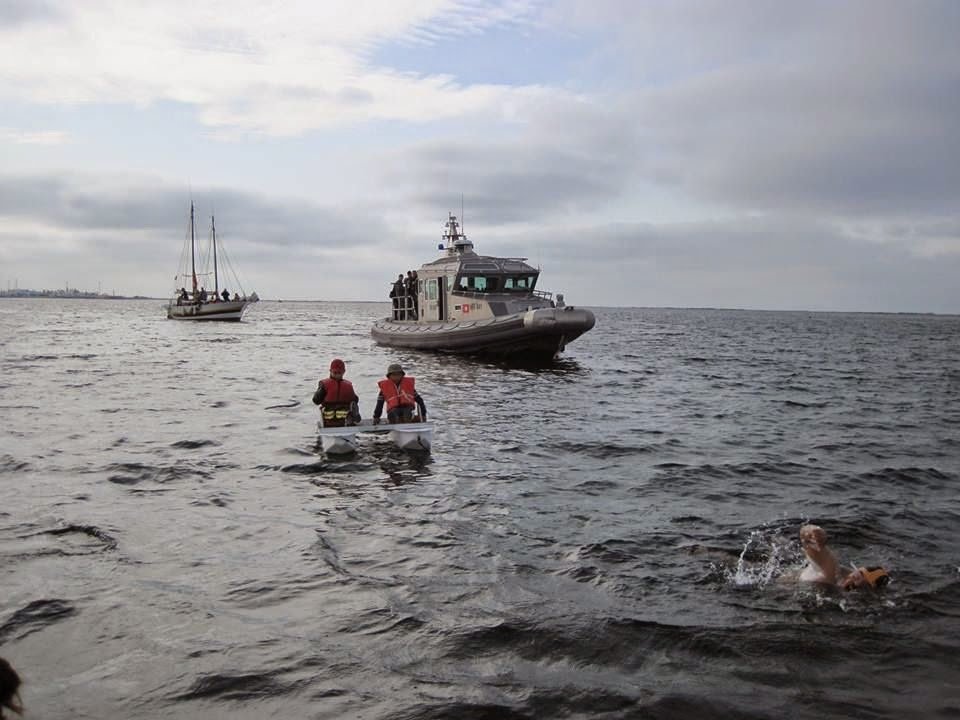 This weekend, Nejib Belhedi began his second attempt to replicate his unprecedented 20 km swim across the Kerkennah – Sfax Channel in 1991.

In order to attract attention to the long-range prediction that Kerkennah may submerge under rising seas, Belhedi made his second attempt on the Oued Ellouza tide.

“My swim started at 6:36 am from the port of Sidi Yousef. The wind at the start was Force 2 from the east. Water temperature was 20.6°C at the surface and 18°C 30 cm deep. By 8:00, the wind had dropped to Force 1 which meant that I had put in more effort to pull the boat [that he was pulling two children]. The wind started to get stronger at about 9:45 and the sea became rougher.

By 10:30 am, the water was quite choppy and wind was Force 4 with a few white caps in the water. But at 11.00 am, the direction of the wind changed to the southeast. The National Guard advised us to take the two children off the boat at 11.30 am because it was a bit too rough for them. The children was replaced by 2 gravel bags with the same weigh as the children
.”

Belhedi continued as he could, but the swim was called 11 km, 6 hours 31 minutes after he started.

His effort was applauded locally as his first attempt in February was called after 6 km due to poor weather conditions. “But I will try to beat my record this coming September.