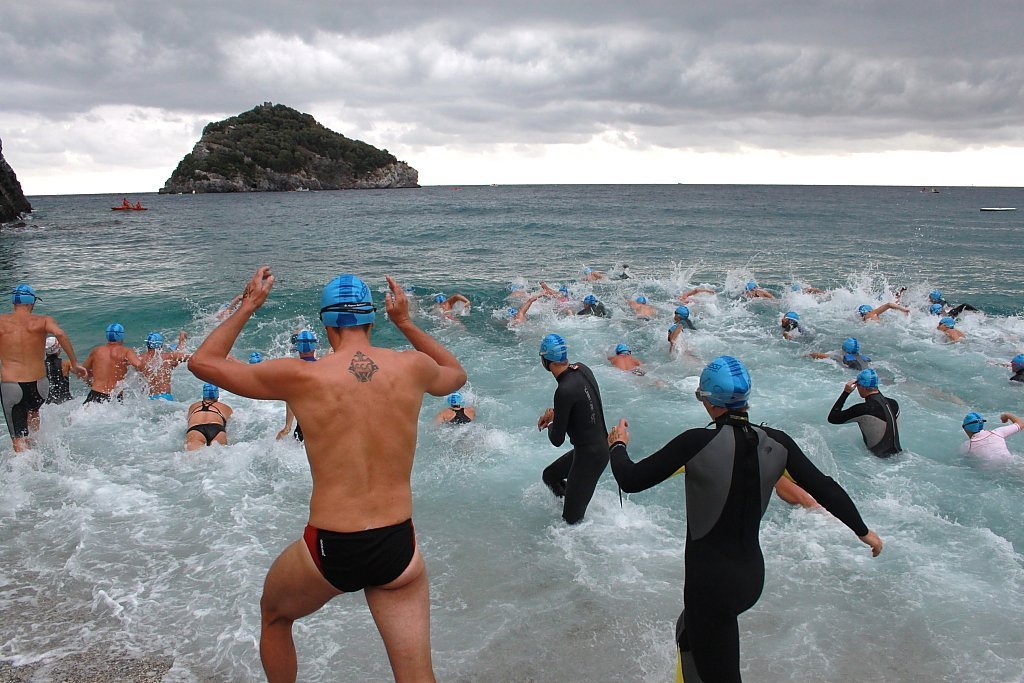 Way back in the distant past of online social media, we were tweeting from the NBC studios during the Olympic 10K Marathon Swim at the 2008 Beijing Olympic Games. As we managed the online commentary from the NBC media center, our information flow was powered by a myriad data and a near real-time Internet feed.

At least 86,000 people in the United States logged into the men’s and women’s inaugural marathon swim at the Olympics.

But few followed our tweets. In fact, even at the NBC studios, few of the staff had heard about Twitter, let alone pump out tweets.

How times have changed.

The year before the Beijing Olympics only 5,000 tweets were tweeted per day. Tweeting was not even a household word. But by the time of the next Olympics in London, it was a rare athlete – especially those under 30 – who did not communicate via Tweeter and who did not have a number of Twitter followers.

Photo shows the Swim The Island event in Italy.