Twice As Nice With Four A Charm, Carina Bruwer’s Swims 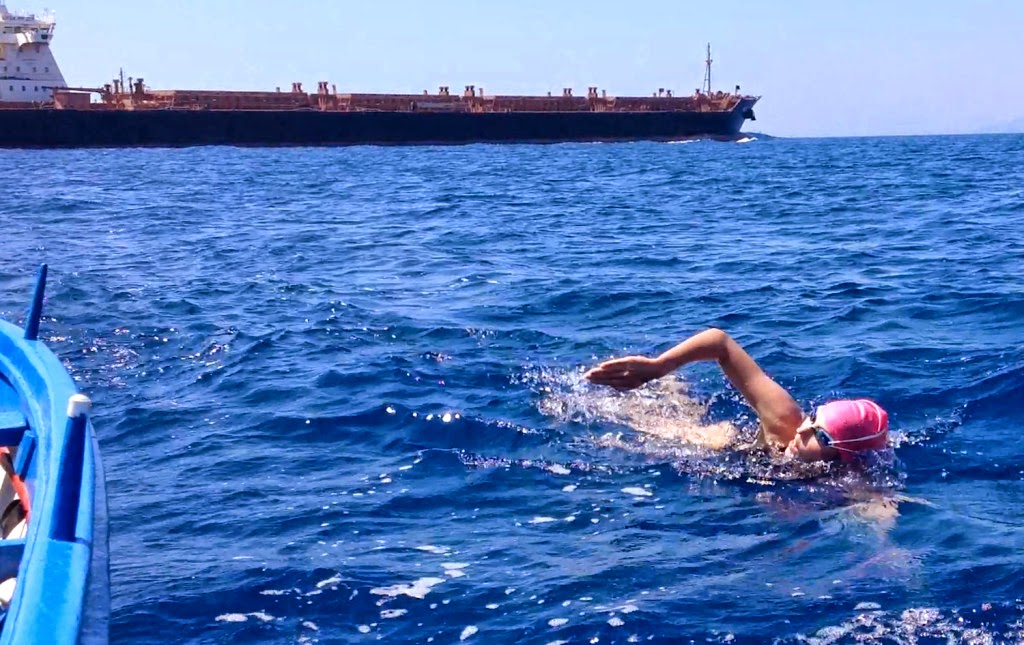 In a retrospective that is par for the course for South African swimmers, Bruwer thought the “turbulence was fun. It was an honour to support the Little Fighters Cancer Trust.”

Her 4-way crossing of the Strait of Messina, swimming to and from Sicily twice in 3 hours 59 minutes while fellow marathon swimmer Ned Denison completed the swim in 3 hours 57 minutes.

Four days before, Bruwer went solo in support of the Little Fighters Cancer Trust when she completed a 15 km inter-island swim from Corsica, France to Sardinia, Italy through typically challenging conditions. A natural whirlpool in the northern portion of the strait has been linked to the Greek legend of Scylla and Charybdis. “The weather on Friday was terrible; I was getting quite nervous when I saw the water, which looked like a washing machine. It was rough in places, but overall conditions were good and I had a wonderful swim,” said the award-winning musician on her 4 hour 28 minute swim.

“Sardinia experienced unseasonal thunderstorms and sporadic flooding earlier in the week so I was relieved to get a window in which to swim on Tuesday, and all started out well with flat seas, but halfway through the weather took a turn for the worst and I honestly didn’t know whether it would be possible to complete the distance. I couldn’t see my support boat behind the waves, and waves were crashing on me – I didn’t actually know whether I was moving forward. I wasn’t going to give up though, as in the back of my mind was always the little cancer fighters for whom I’m swimming. It was a huge relief when I finally saw the beach, and completed the swim.”

For more information on Carina Bruwer and her Swims for Hope, visit here.