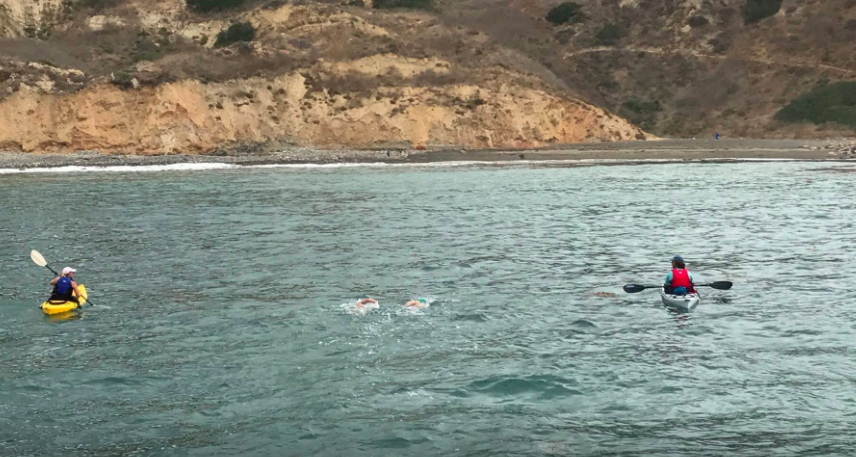 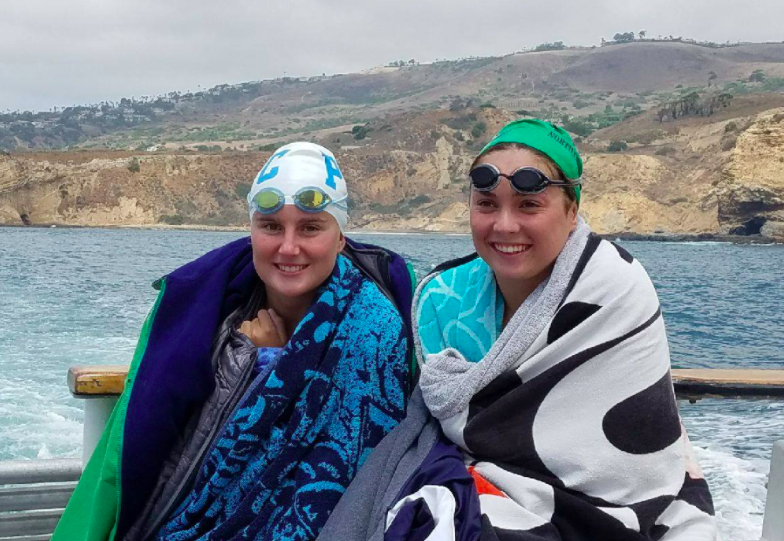 Earlier this week, Mia Thomas and Heloise LeBlanc of San Diego, California drove up to the Catalina Channel for the second time.

This year, the pair completed a tandem swim across the Catalina Channel in 12 hours 37 minutes.

LeBlanc’s father was a marathon swimmer, her uncle won over 30 French titles and went to the 1988 Olympic Games.

The Catalina Channel Swimming Federation observer Dan Simonelli reported that both girls remained strong and determined throughout the swim while confronted by adverse currents almost the entire way. The strong currents pushed the swimmers off the expected course that led them to climb onshore at Inspiration Point, located south of the traditional landing point at Terranea Beach.