Two Generations, Before And After 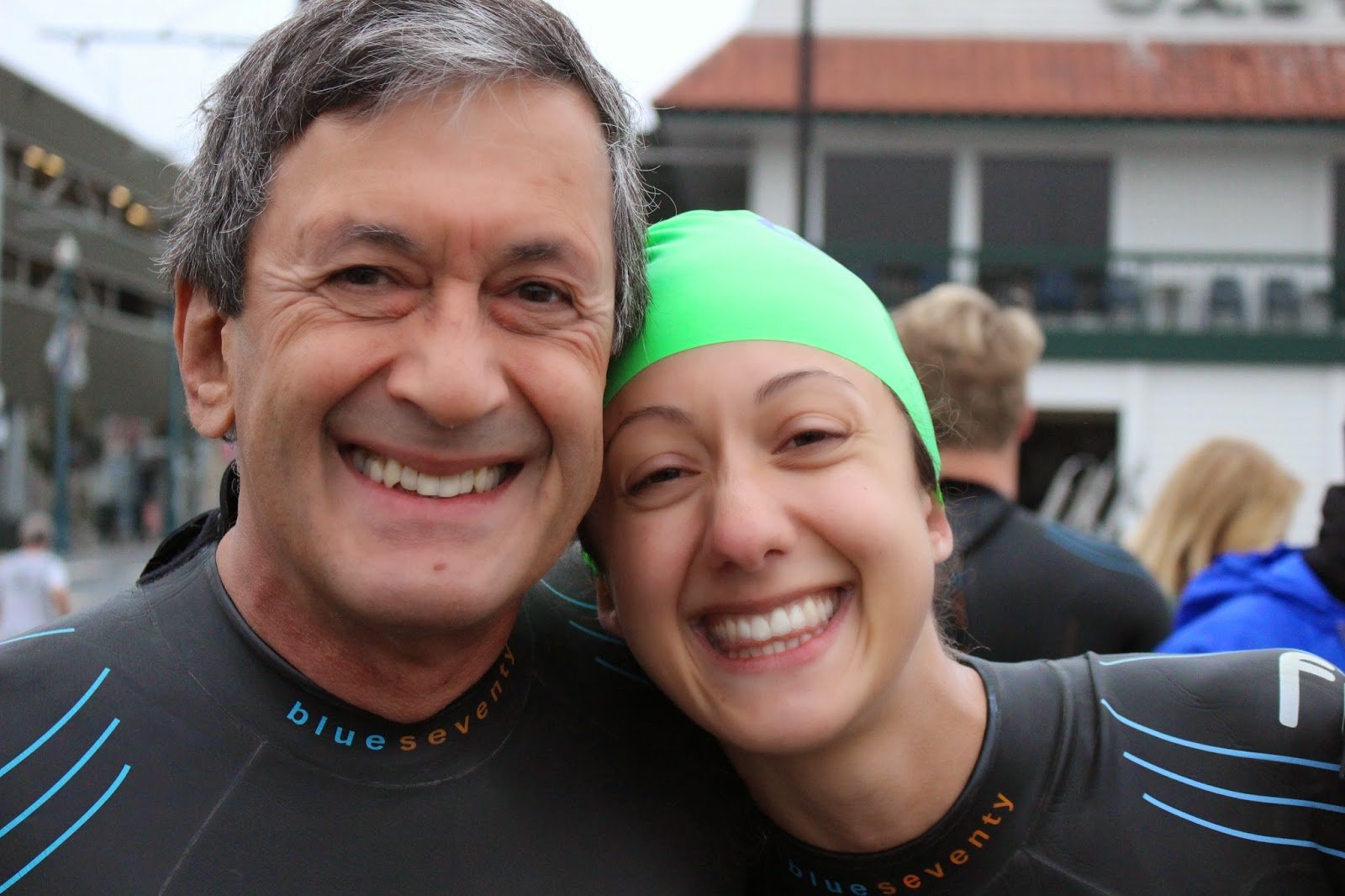 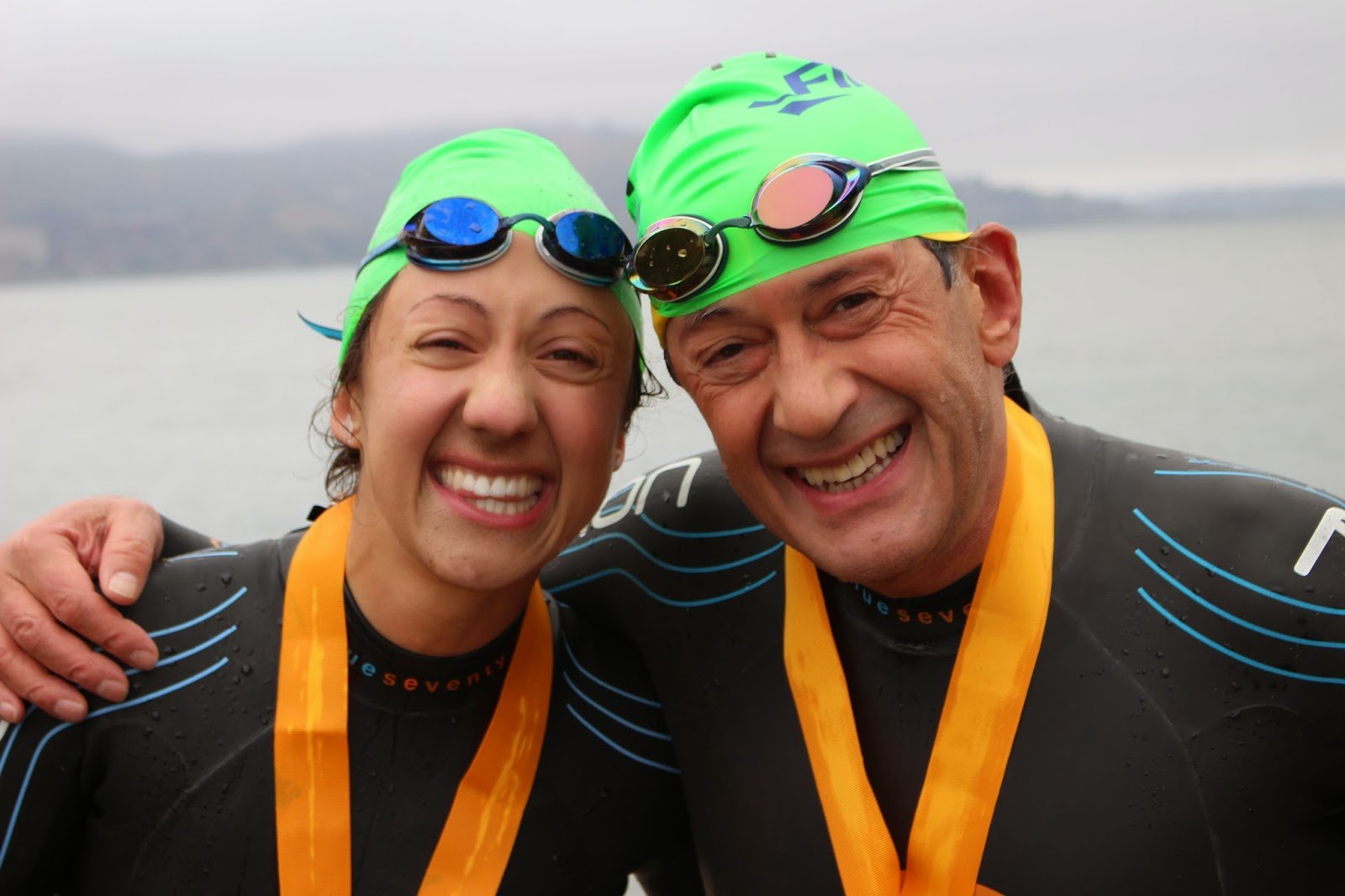 Nader Radjy and his daughter Yasmin Radjy were walking along Fisherman’s Wharf in San Francisco, California when he decided that he wanted to see what the Dolphin Club in Aquatic Park was all about.

The father and daughter knocked at the door of the Dolphin Club and were given a tour, eventually becoming members. “We began to swim because I always thought about swimming from Alcatraz Island,” recalled the prolific inventor from Palo Alto.

The pair started to train, but like many things in the open water, the unexpected occurred. “I dislocated my shoulder when I hit a buoy in the water.”

His plans were necessarily put on hold. He waited patiently, recuperated, and eventually got back into the water

He entered the Water World Swim‘s 2-mile Alcatraz Classic for the Fastest, with his goal to swim from Alcatraz Island to San Francisco firmly in his sights. “It has been two years to the day [from the time of entering the Dolphin Club to completing his first Alcatraz swim].”

His daughter joined him in their achievement, bringing them closer than they ever imagined.

Yasmin, taking a totally different course than her father in today’s race, completed the race in 43:48. Meanwhile, Nader put his head down at the start heading first towards Aquatic Park and then catching the tidal flow towards the finish at St. Francis Yacht Club. He unexpectedly met up with his daughter during the very last few strokes, surprising each other as he finished in 43:46.