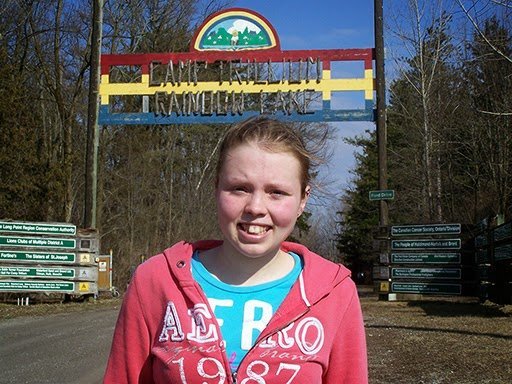 Annaleise Carr wanted something to top her Lake Ontario charity swim where she raised boatloads of money for Camp Trillium.

Living in the area of the Great Lakes, the massive lakes presented many different opportunities for the big-hearted 16-year-old.

So she chose a 75 km crossing of Lake Erie.

But Mother Nature was not so kind to her on her first attempt in July where she was forced out after 44 km at Long Point. So the resourceful teenager did the next best thing: she split her swim in half and finished her second leg of her 75 km crossing on late Monday morning.

The spunky Ontario young woman swam 12 hours through the night to finish before hundreds of well-wishers and fans before noon Monday. Unlike the first half of her swim, she said this swim was easier because the wind was pushing her for much of the leg.

Carr’s beneficiary, Camp Trillium is a camp that offers year-round recreational program to children with cancer. She has raised more than $198,000 to date, closing in on her target of $200,000.