There have only been two people to have successfully crossed the unpredictable 8 km Tañon Strait between Cebu Island and Negros Oriental in the Philippines – each in the opposite direction.

Philippine Navy officer Rogelio Lacerna was first. The local swimmers from Cebu was the first to cross the Tañon Strait from Tampi in Negros Oriental to Cebu in 2002. The 28-year-old military man crossed in 4 hours and 3 minutes. 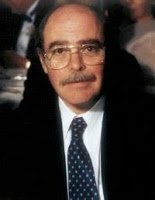 In 2006, a 62-year-old law professor from Virginia and a visiting Fullbright, Professor David Joseph Padilla, was the second to cross. He swam from Barangay Bato on Cebu Island to Tandayag in Negros Oriental in 2006 in 6 hours.

After his crossing, Professor Padilla said, “At first, the conditions were perfect: calm seas and light current. I felt strong for the first few hours. There were lots of dolphins to keet me company and, happily, no sharks came by.

But after four hours, circumstances began to change. I was swimming, futilely, against the current. The sea became choppy. I was bobbing and being tossed about by forces I couldn’t resist.

The weather got worse, rougher. I always wondered at what point one’s body would quit from complete exhaustion. I knew I was approaching that point. I considered the possibility of trying to finish using a sort of side stroke or just leg power. My legs were still pretty much ok. Trouble was, while I could keep afloat this way, I couldn’t make any headway against the mounting seas
.

Somehow after maybe 5 hours and 40 minutes, I could see that I was just a couple of hundred yards from shore. Even at that point, I thought I might not have the strength to finish. I knew that I was possibly doing real damage to my upper arm, chest and shoulder muscles. I kept swimming. I hadn’t come this far to fail. I could see a row of poles with fishing nets strung out. I could see the bottom. I tried to stand. The clear water was deceptive. It was still ten feet deep. Kept swimming. Twenty yards. Rocks. Ten yards. I tried standing and touched the bottom. I couldn’t stand. The rocks were slippery and uneven. I thought I’d fall. I feared I couldn’t use my arms to break a fall. I picked my way slowly ashore.

I was so glad it was over. It was, without question, the hardest thing I’ve ever done. I can barely move.”