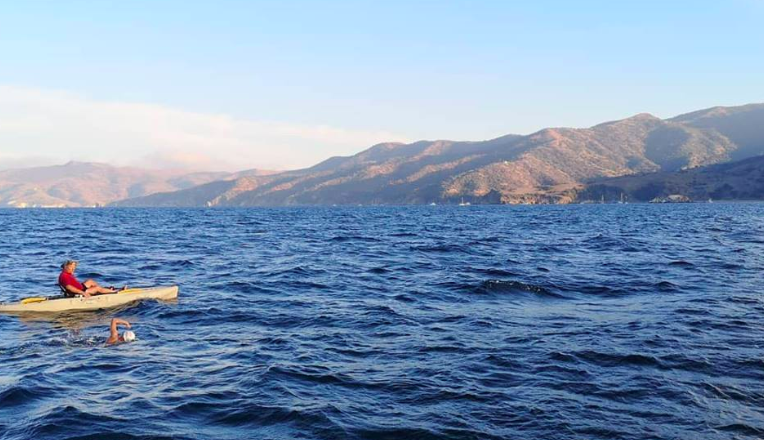 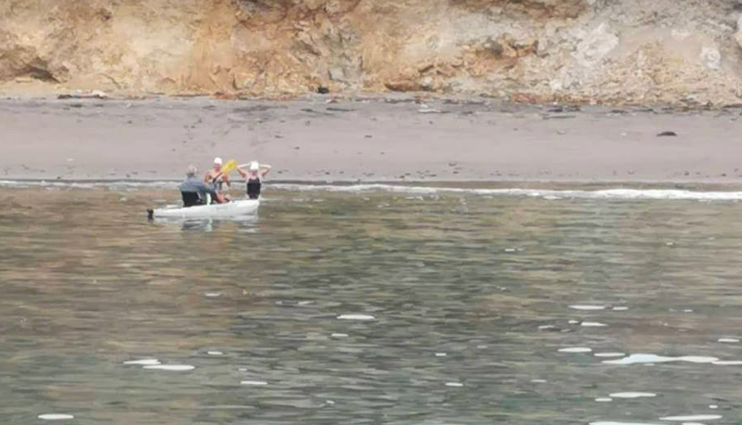 Aleksandra Ewa Bednarek and Hanna Bakuniak, two young Polish swimmers, used their time and resources wisely on their trip out to the west coast of the United States.

Bednarek swam against the wind and swell from Sacred Cove on the Southern California mainland to Doctor’s Cove on Catalina Island for a 12 hour 7 minute crossing of the Catalina Channel.

Catalina Channel Swimming Federation reported, “Winds were gusting up to 15-19 knots, making conditions challenging for both Aleksandra and her paddler, Patricio, who paddled the entire way across the channel.”

After watching her teammate, Bakuniak rested a few hours off Catalina Island and entered the water at Doctor’s Cove and finishing this morning in the same spot as her teammate started the previous day.

Her time was 10 hours 19 minutes after one very long airflight and 24-hour period on the Pacific Ocean.

Bakuniak has now demonstrated her skills from 50 meters in cold water to 32.3 km in the ocean. She won the 50m freestyle, 50m butterfly, 200m breaststroke and 500m freestyle and set a new world record of 13:05.7 in the 1 km ice kilometer at the 2018 Ice Swimming Aqua Sphere German Open in Germany in January 2018.

“Both women were swimming to commemorate Poland’s independence centenary. Boguslaw Ogrodnik, the first Polish swimmer to swim the Catalina Channel, was there in support along with Mirek Wolski, Linda Bamford, and Roxanne Hipolito.”