Unexpected Risks Are Expected In The Open Ocean 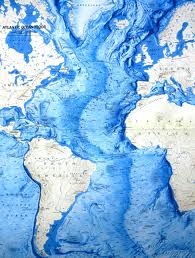 As Jennifer Figge sets off on her fourth crossing of the Atlantic Ocean, reports of a rogue wave that stopped 4 American and Canadian athletes who were attempting to row across the Atlantic Ocean have surfaced.

Adam Kreek, Markus Pukonen, Patrick Fleming, and Jordan Hanssen were in their 10th week of rowing from Senegal to Miami, Florida on an unassisted row when a rogue wave capsized their 29-foot boat, requiring them to immediately abandon their attempt. 400 miles north of Puerto Rico, the unexpected wave led to the end of their trip, causing the U.S. Coast Guard to be called in for a rescue.

The risks out in the open ocean, 900 miles (1,448 km) from their destination, make these endeavors potentially life-and-death situations.