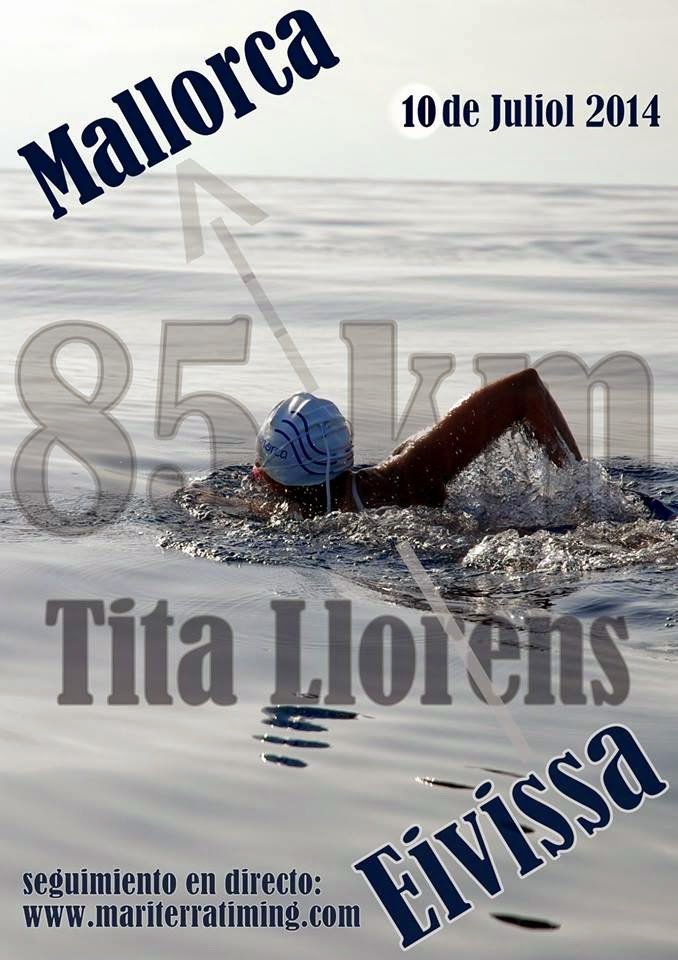 Tita Llorens has done all kinds of marathon swims among the islands of the Balearic islands of Menorca and Mallorca in the Mediterranean Sea.

This week, she will attempt to go even further with a 85 km crossing. 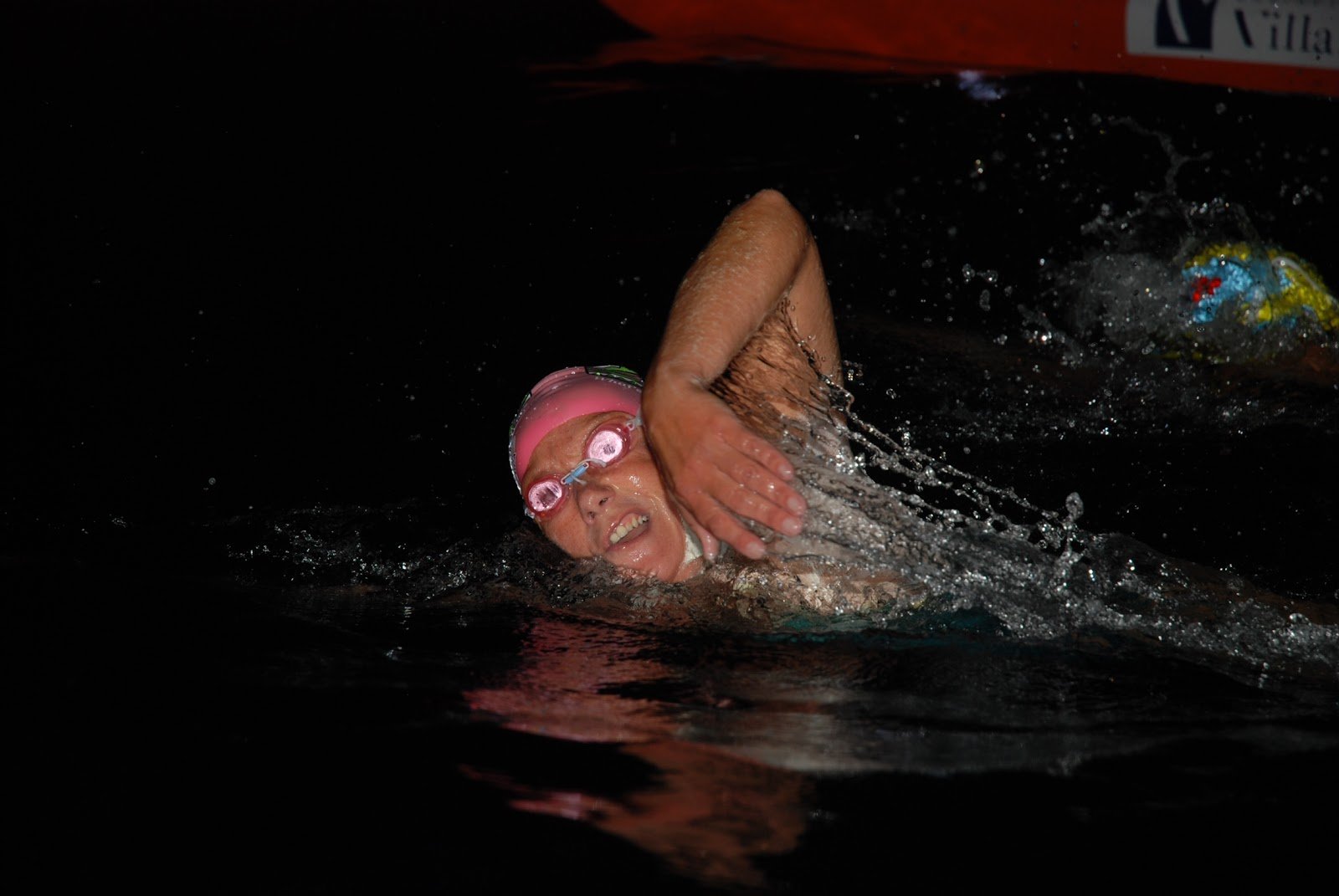 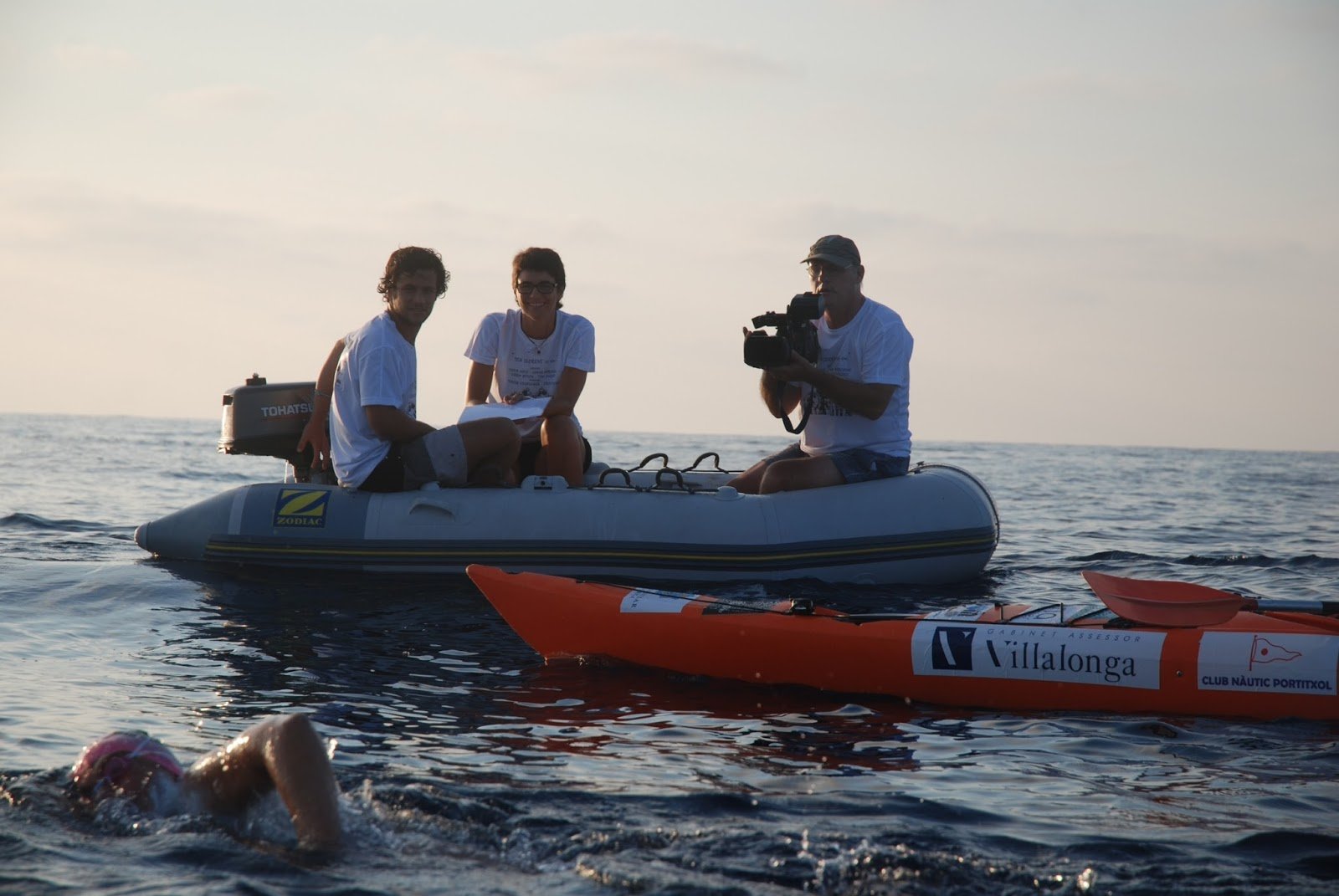 Llorens successfully and safely completed her 83 km crossing from Ibiza to Mallorca in 20 hours 30 minutes on July 24th 2013.

She covered 73.7 km under strong lateral winds and currents of 14 knots and despite being stung by several jellyfish and experiencing much itching because of the plankton that had accumulated in her swimsuit.

Her Cruce Canal Ibiza-Mallorca swim from the Balearic islands of Ibiza to Mallorca was her second marathon swim in the region.

Llorens previously completed a 21 nautical mile Menorca Channel crossing between the Balearic islands of Menorca and Mallorca in the Mediterranean Sea in 12 hours 23 minutes in July 2012.