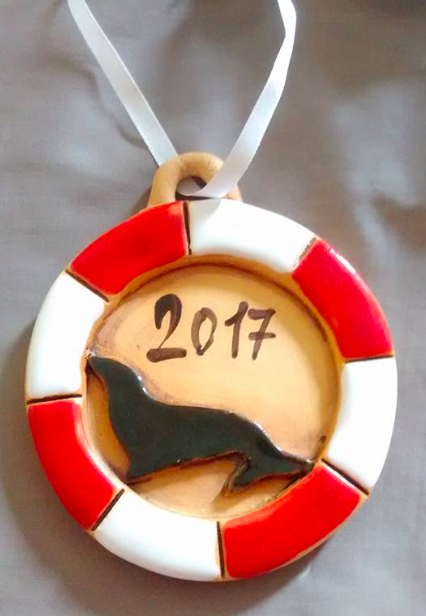 The 25 km Gaston Memorial Swim is held in the river Labe in the Czech Republic every August.

Gaston was a seal who escaped from the Prague Zoo during the floods of 2002 and swam to Germany.

Jack Bright describes the marathon swim, “It is a 25 km downstream river swim from Ústí nad Labem to Děčín where the times are usually similar to a 10 km swim in still water in a lake. The very fast current makes it an adventure with the winner in around 3 hours for 25 km.

The organizer is Tomaš Česnek
.”

Kate Steels-Fryatt swam in the 2017 event that was won by Renča Ený Nováková, “It was fantastic – I have never swum in such a fast river.

Part of the tactics was to sight well to avoid navigation buoys and seek out the fastest current in the river which was not always obvious. I got it wrong in lots of places, especially in the early parts of the race. I literally flew down the river averaging over 7 km per hour
.”

The awards for the finishers are cute medals in commemoration of Gaston who is the namesake for one of the World’s Top 100 River Swims.

Other open water swimming unique awards include the following: