Up, Down, Across MARNATON SwimRun Cap de Creus 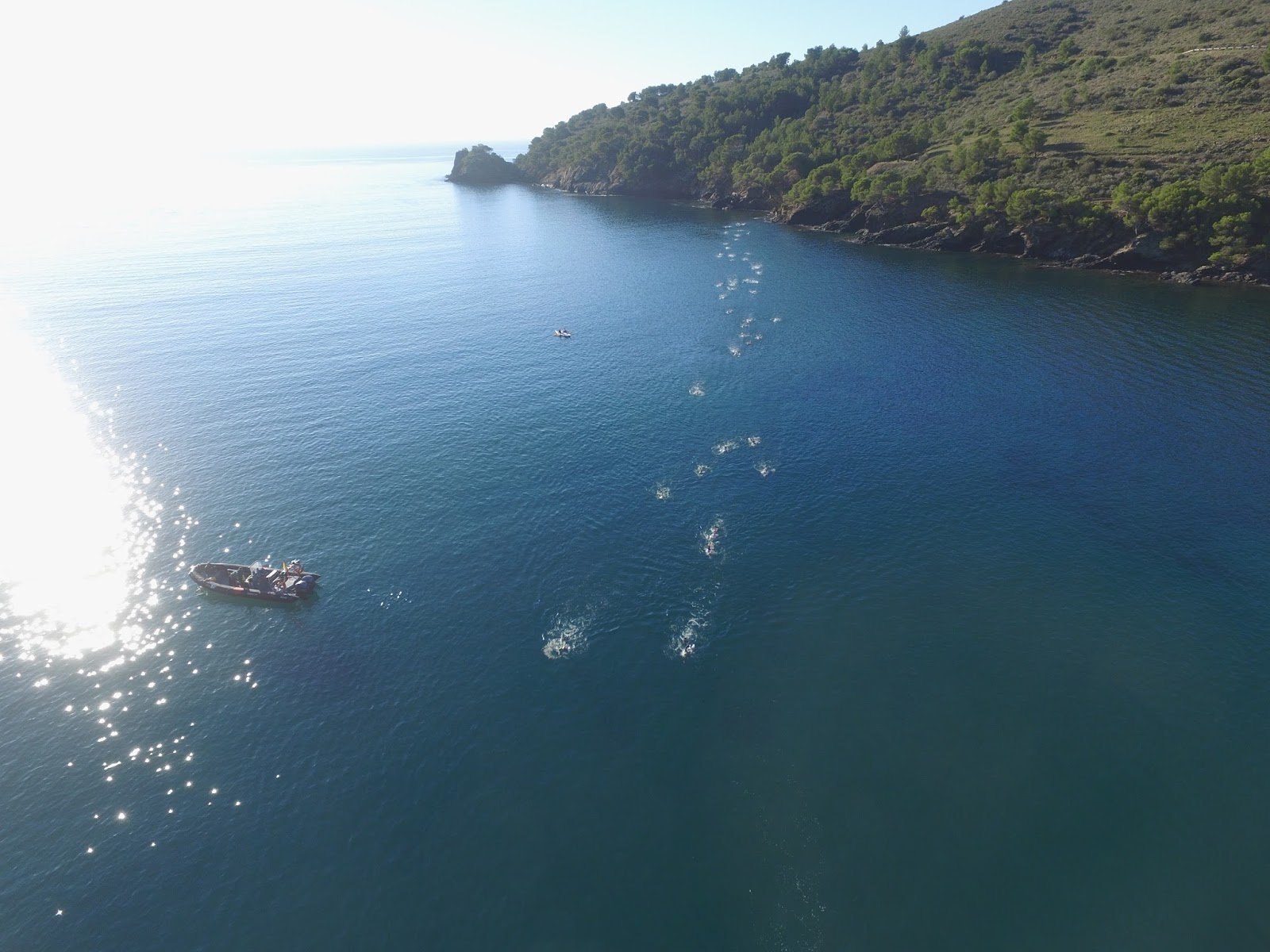 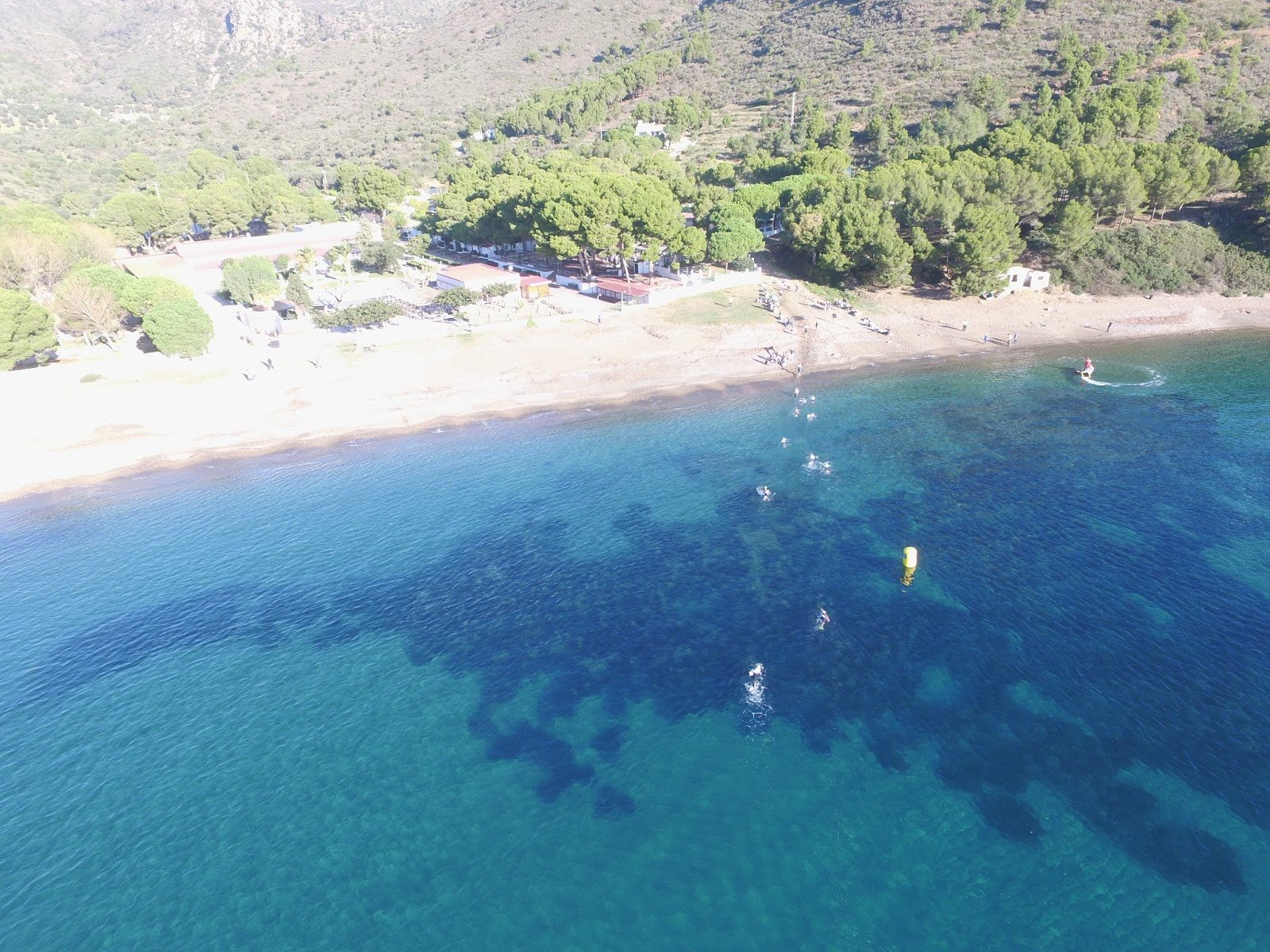 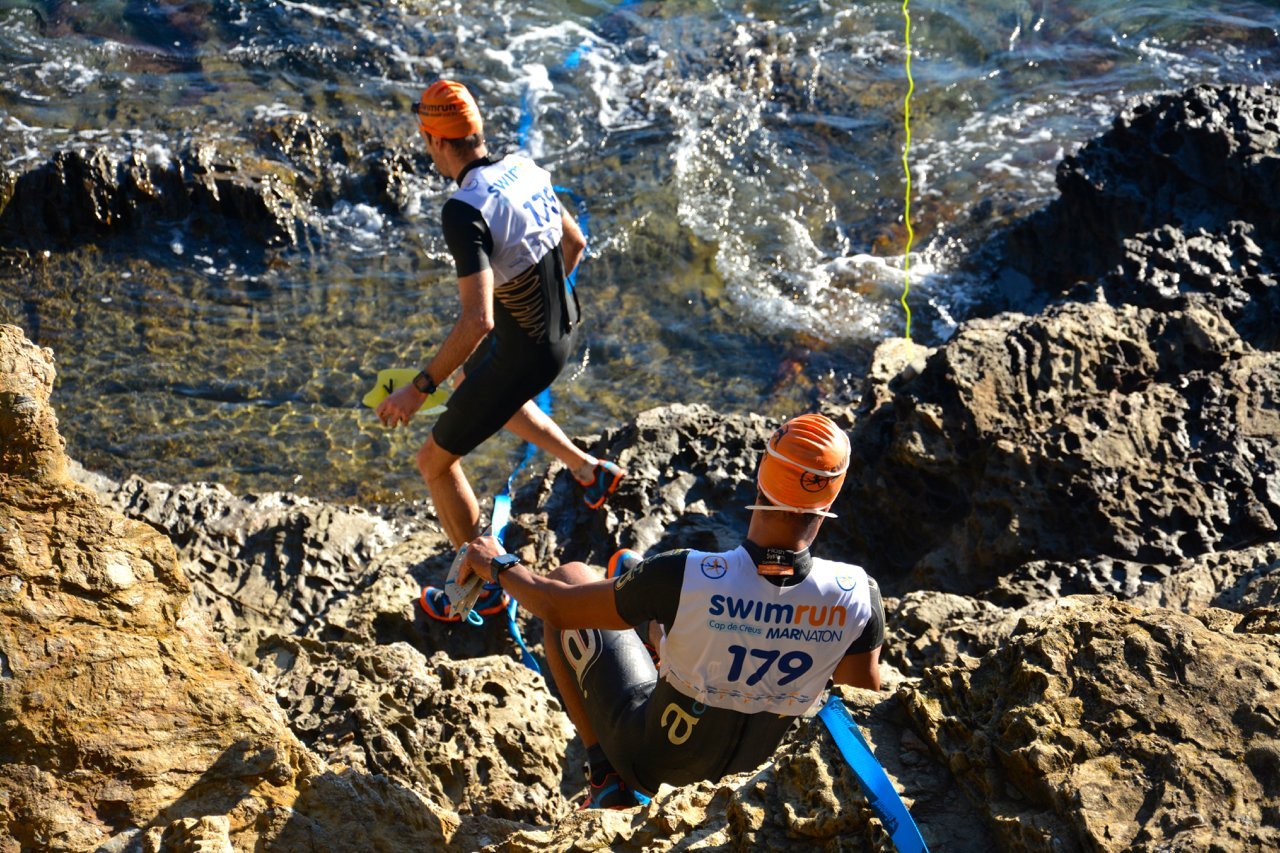 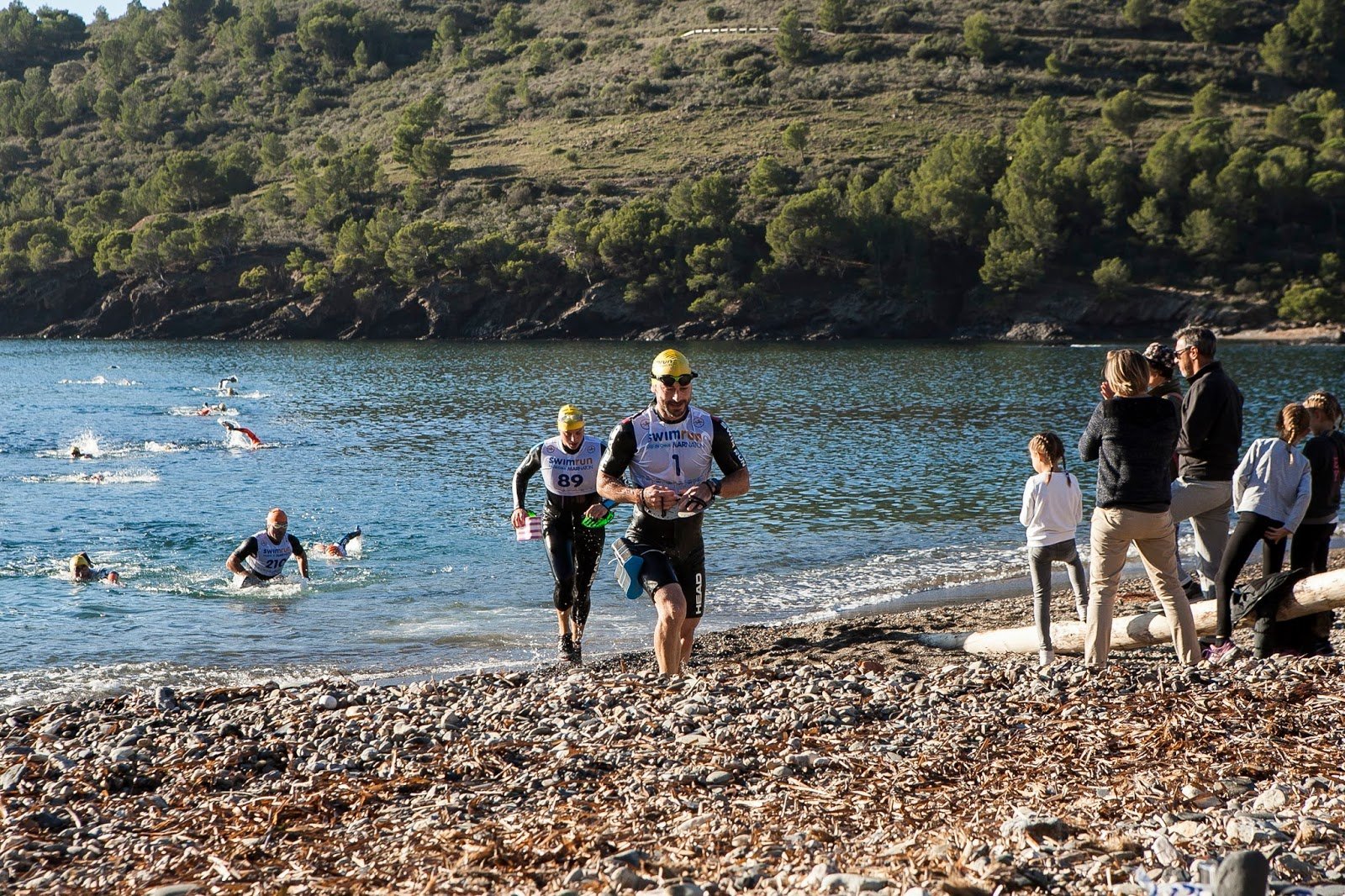 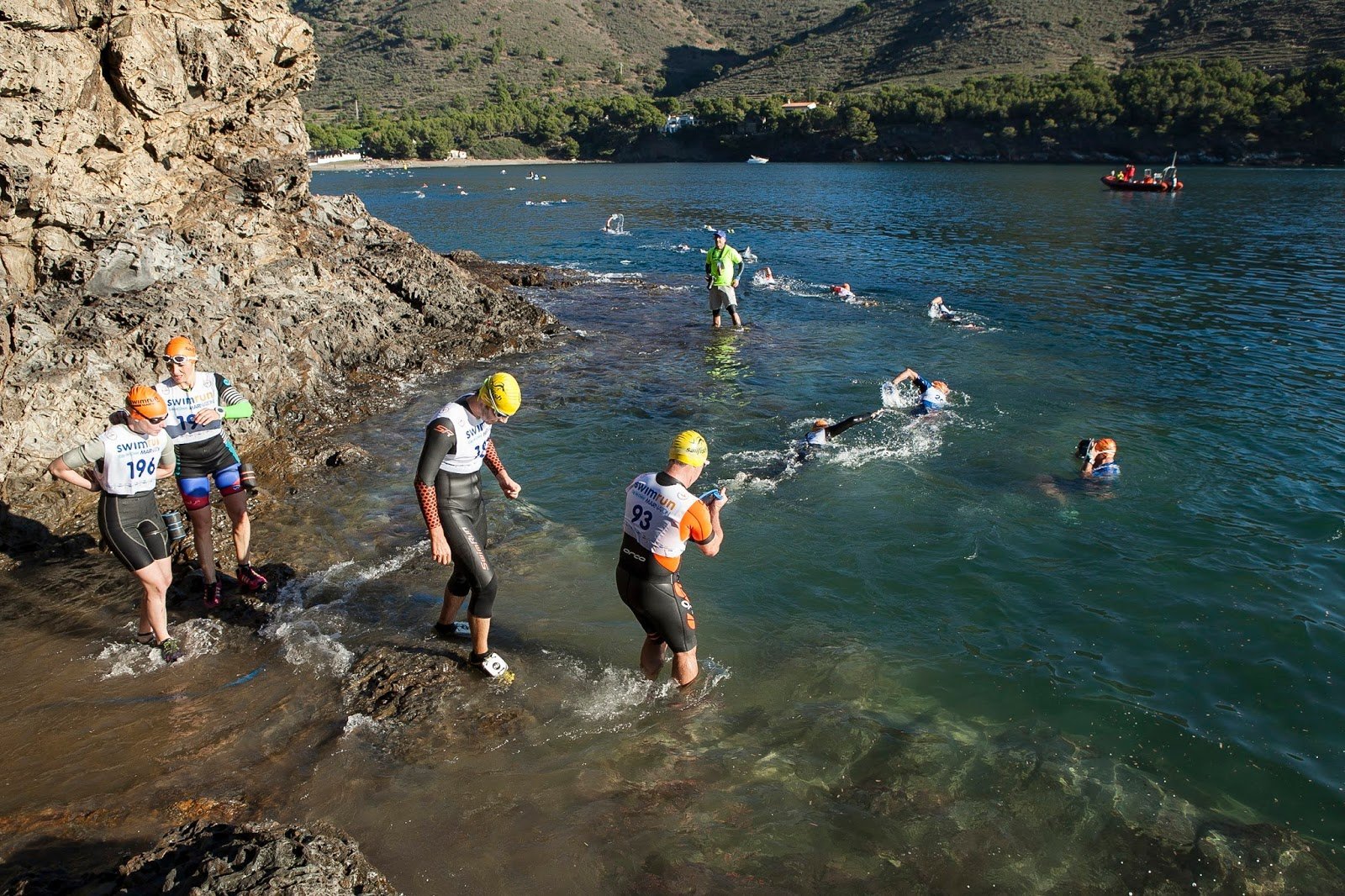 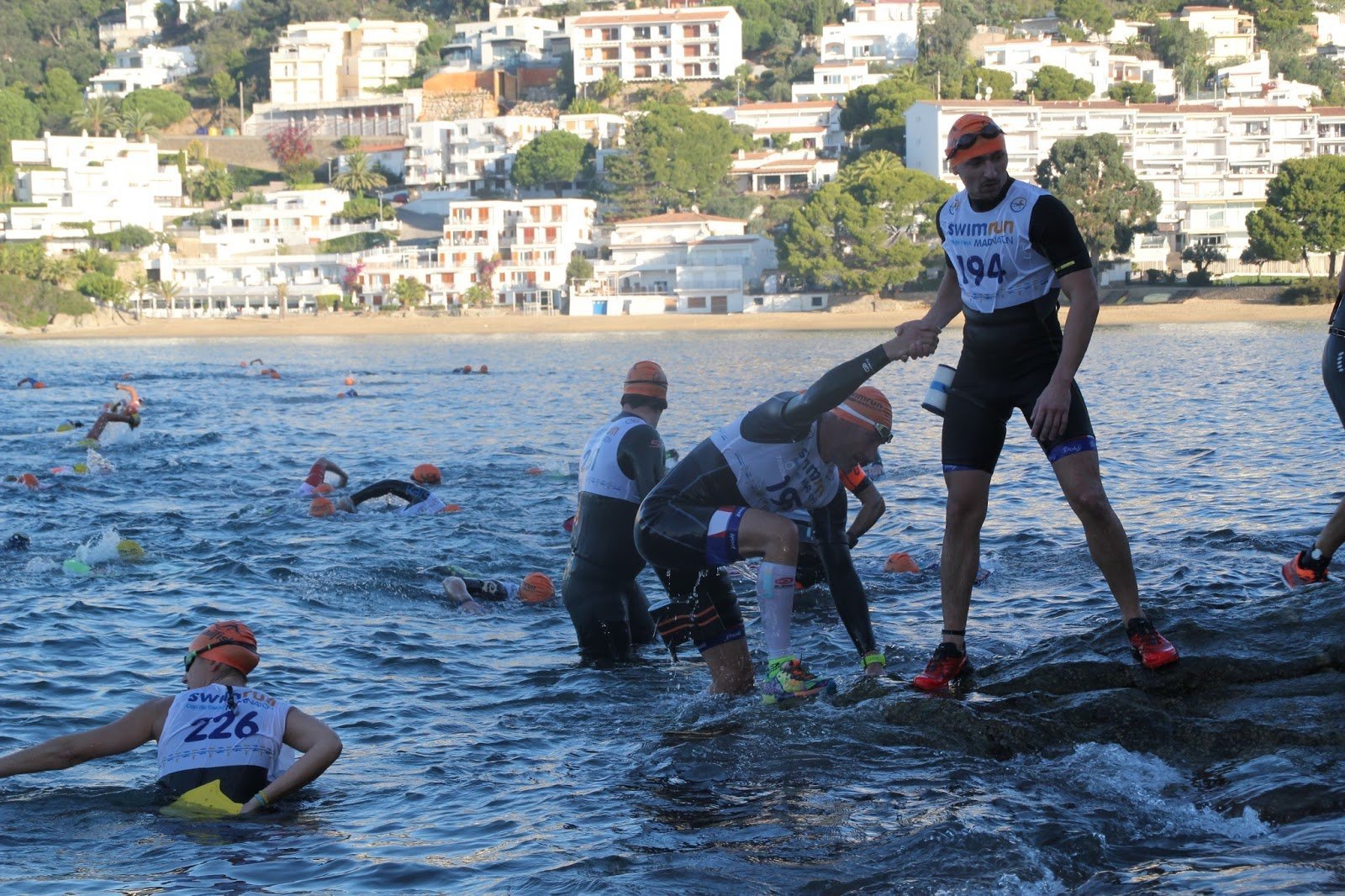 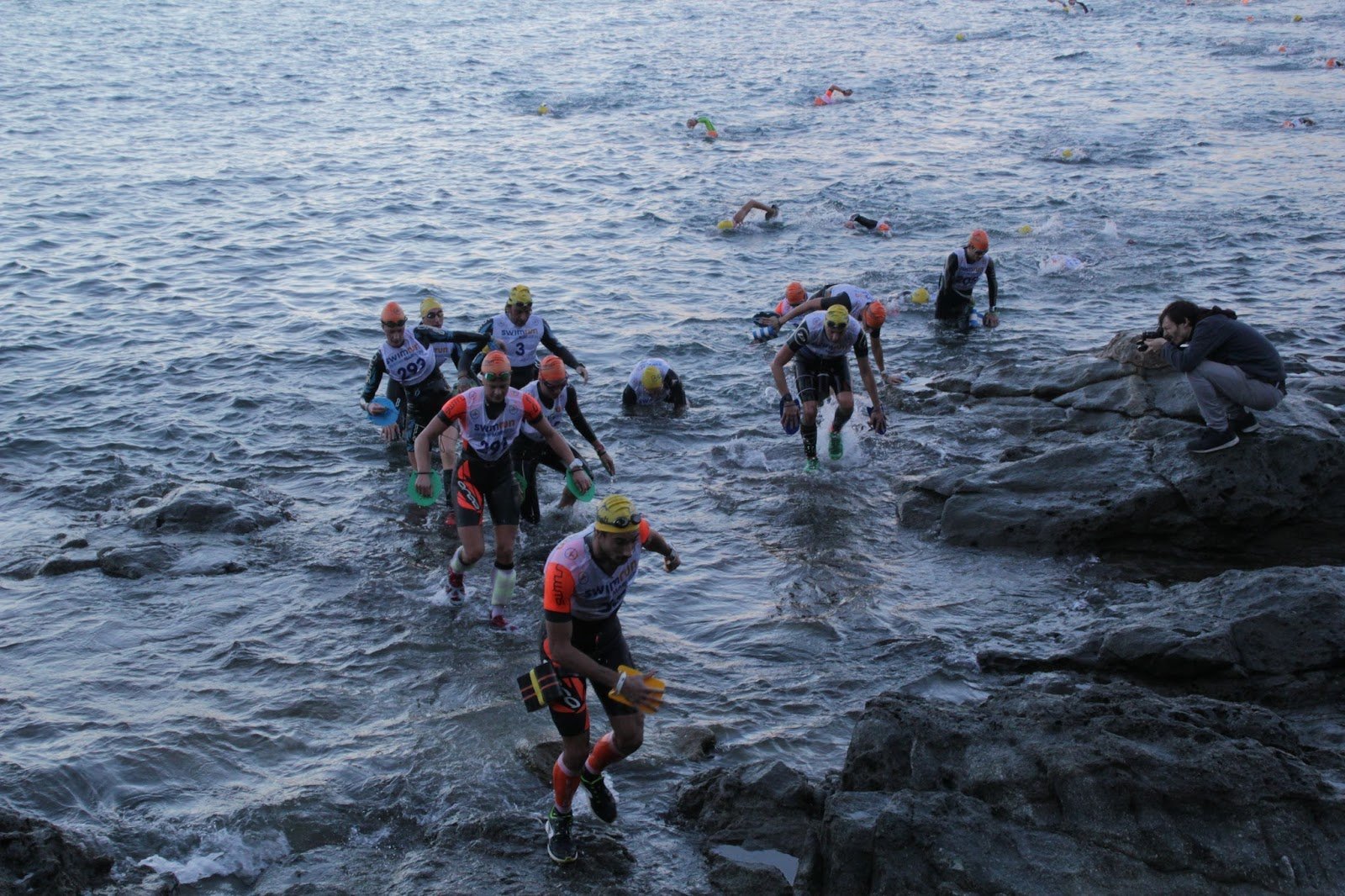 Clara Rabat explained about the October 29th race, “This event presents a new discipline that originates from the Nordic countries and has been transferred to the idyllic area of Roses and Cadaqués by MARNATON. It is a challenge that alternates different stretches of running with stretches of open water swimming, with no changeovers, over an overall distance of 18 km of running and 5 km of swimming.”

SwimRun utilizes unique, unconventional equipment for traditional open water swimmers. “Almost anything goes in this discipline,” says Rabat. “Participants have to be ready to swim and run, so they can use their creativity to develop their own inventions enabling them to improve their swim. Gadgets such as paddles and pull buoys are the most widely used. Once the swimrunners were kitted out in their wetsuits, trainers and the rest of their material, they were ready to embark on their adventure.”

The 18 km of running and 5 km of swimming was divided into 8 running legs and 7 swimming legs that passed over coastal footpaths, tracks and narrow pathways. “The course took the swimrunners out onto beautiful sea passageways that made the athletes jump straight in and cool down before facing the next stretch of running. A perfect combination of technical areas and other wider tracks, sandy coves and sea passageways over rocks or down stairs, which surprised participants along the way. Over the course, participants gathered their strength at 4 feed stations that were located at the 4 km, 9 km, 13.5 km and 15 km points, enabling them to share their views with fellow participants and continue with the race.”

The final 450 meters stretch of swimming came to a close in Port d’Alguer. “Here, the view of the church of Cadaqués welcomed participants to the village and filled them with the joy of knowing that the finish line was near. They had another 370 metres ahead of them along the coast of Cadaqués to conclude their experience, surrounded by spectators who, despite their awe at seeing people running through Cadaqués dressed in wetsuits and soaked trainers, cheered them on and supported them. Finally, the finish line was located on Cadaqués Promenade, which many participants crossed along with their families and children.”