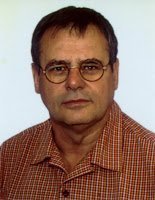 The Swiss media reported on the case of Flavio Bomio, the former Honorary Secretary of the FINA Technical Open Water Swimming Committee who remains behind bars due to allegations of child abuse and sexual coercion. In June, Dr. Alessandra Canuto of the Department of Mental Health and Psychiatric Canton of Geneva, commissioned by authorities in Switzerland, issued a psychiatric report that reported Bomio was fully able to understand the acts he was performing despite having a recognized mental disorder.

Meanwhile, the Swiss authorities have been extended by several months, the terms of the detention for Bomio which were scheduled to expire in June. Investigators are on schedule to conclude this case by the end of summer.