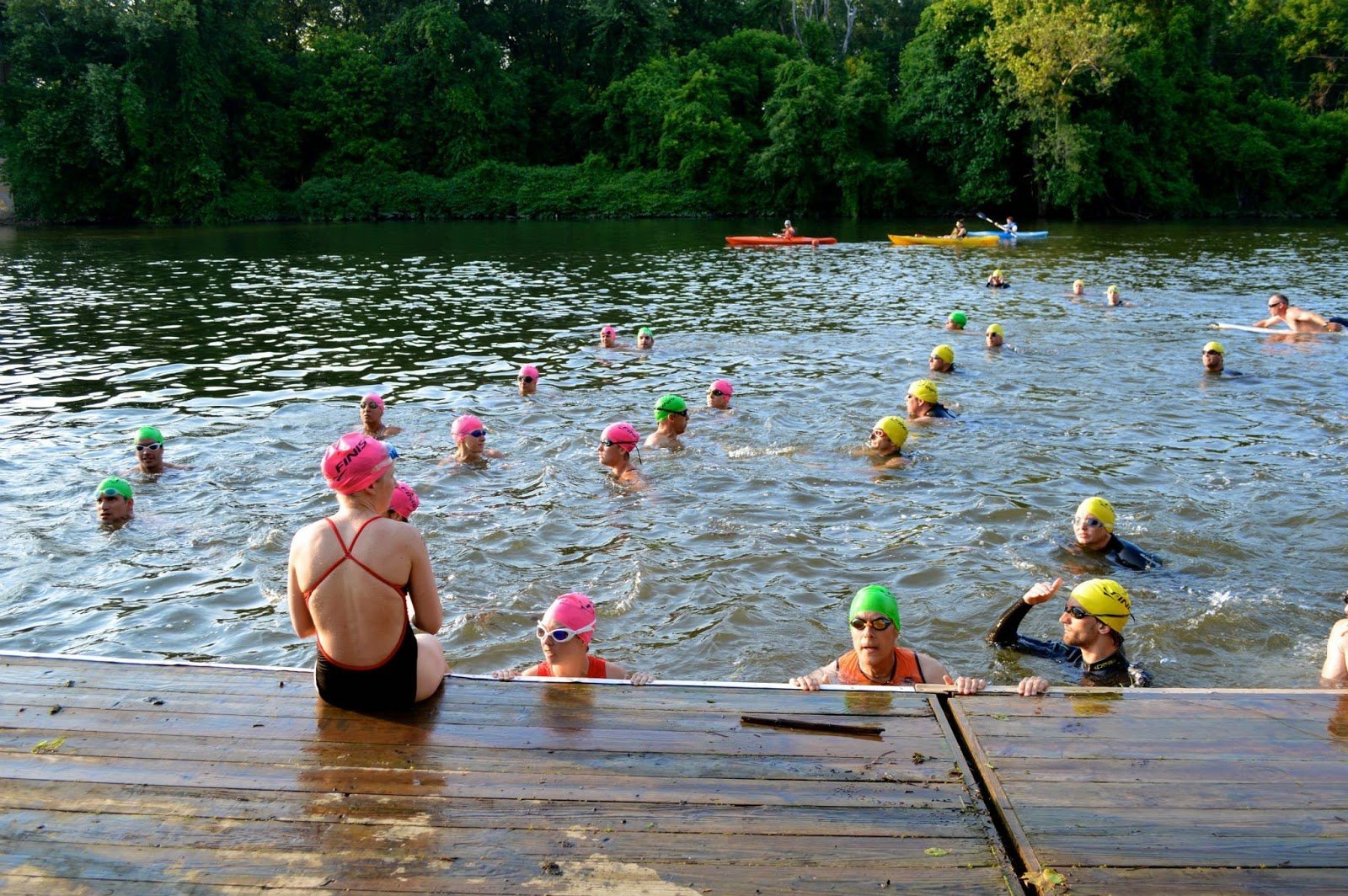 The water temperature dramatically increased and the currents significantly decreased for the second stage of the 800m sprint series in the Schuylkill River.

John Kenny, Founder and Owner of French Creek Racing, commented, “The evening was much nicer than last time. Warm air temperatures near 90ºF (32ºC) made it a perfect evening to take a dip in the 74ºF (23ºC) river. We had some current, but not nearly as strong as last time. First finisher was Alex Carpenter who won his first open water swim ever attempted. Dan Feeney took second place again as the first non-wetsuiters and now leads the series. Colin Morgan was third.

In the women’s race, Sharon Interrante was first, Laura Kenny was second again and now leads the series with Madeline Koch in third. There were lots of non-wetsuit swimmers, so it’s clear that the dog days of summer are approaching.

One brave soul spent over an hour to cover the 800m course: Manny Murray who is one of several athletes in attendance racing his first triathlon this year for CCFA Team Challenge. There were many triathletes who used this race as a tune up for TriRock Philly which is the largest triathlon in the City.

Tuesday Night Series #3 race will be held on July 1st.

“The series is a perfect weekday opportunity to hone your racing skills, work on your pacing, positioning, and drafting, and increase your navigational IQ,” says Kenny, a former USA Swimming national open water swimming team member. “These races are a perfect way to gain open water swim experience before the big triathlons of the season.