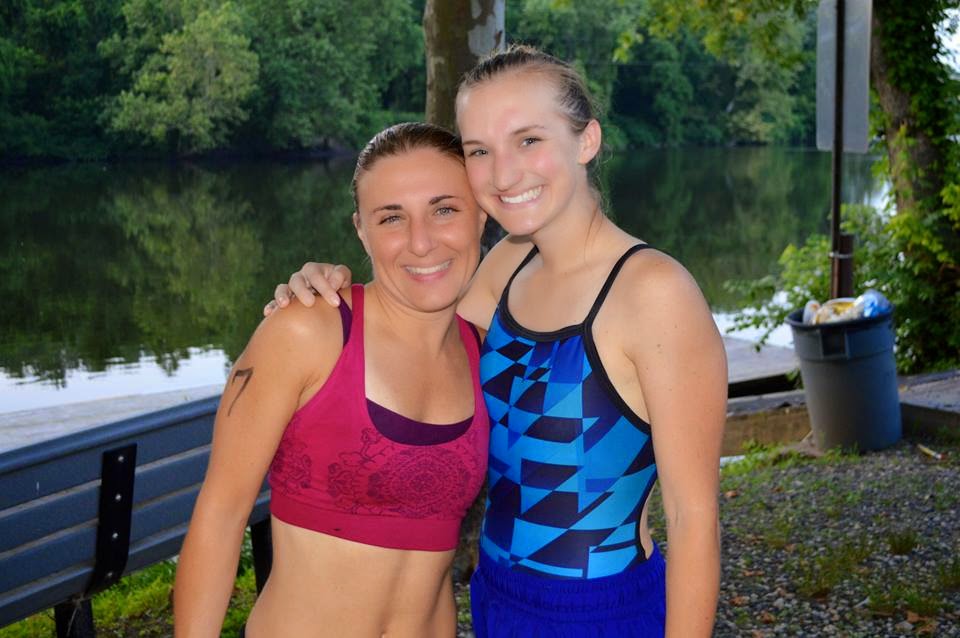 It was another hot summer day and another beautiful day to cool off in the river. Air temperatures were sizzling, near 90ºF while the water was 81ºF. But the heat also coincided with a much more competitive field at the French Creek Racing‘s Tuesday Night Series #4 race in Bridgeport, Pennsylvania. The Upper Merion Open Water Swim Series is achieving its goal as most of the swimmers dropped substantial time from their swims 3 weeks ago.

“The series is a perfect weekday opportunity to hone your racing skills, work on your pacing, positioning, and drafting, and increase your navigational IQ,” says Kenny, a former USA Swimming national open water swimming team member. “These races are a perfect way to gain open water swim experience before the big triathlons of the season.

It was another exciting finish as Laurie Hug edged Alex Carpenter for the overall win. Carpenter was on Hug’s feet at the bridge with 100 meters to go, but Hug managed to pull away with a strong finishing kick. Carleen Caldwell was the third overall finisher and second female. Jesse Kelly and Federico Andino rounded out the top 3 for the men, and Alyson Freeman was the third female,” explained race director John Kenny.

Our series standings for men after 4 races, Hunter Proctor has shown that consistency is key with 64 total points. Dan Feeney and Alex Carpenter round out the top 3 with 58 and 57 points, respectively. In the women’s series, Laura Kenny holds a 12-point lead over Laurie Hug with Alyson Freeman in 3rd place (51-39-30). 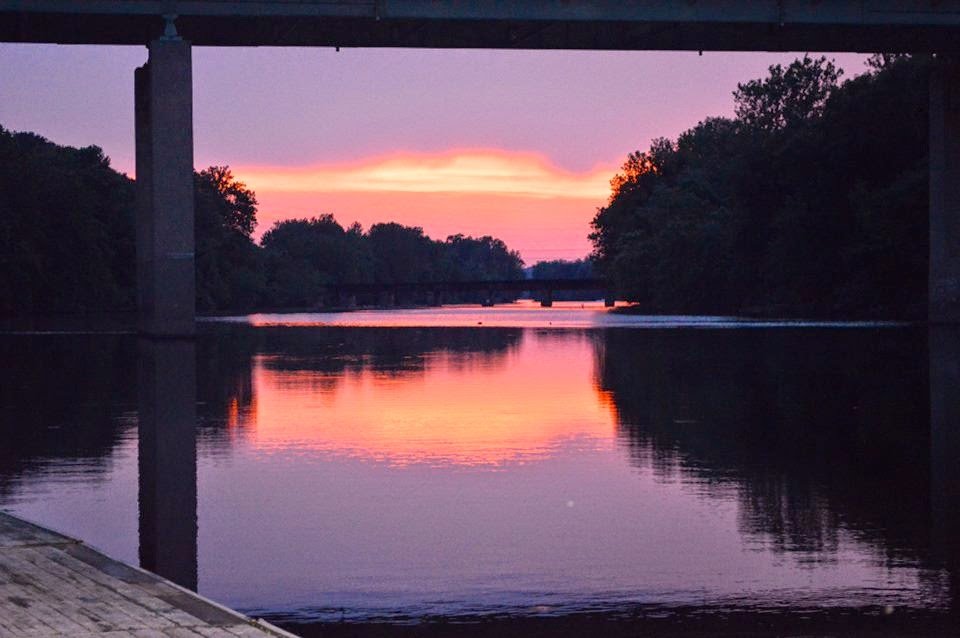