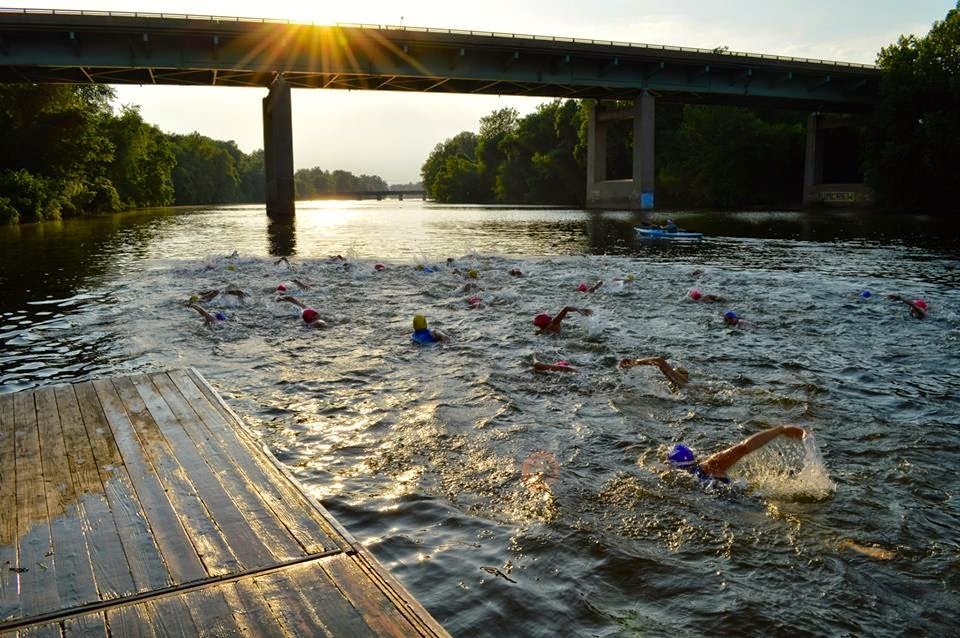 The third of six open water races by French Creek Racing at its Tuesday Night Series #3 race in Bridgeport, Pennsylvania were held on July 1st.

“The day was a scorcher, above 90ºF and the water was a balmy 81ºF. The winds were calm, and the current was smooth and average paced,” describes race director John Kenny. “We had a great turnout with the atmosphere positively charged as many athletes tested their mettle without wetsuits for the first time in open water.”

Pro triathletes Dan Feeney and Laurie Hug made it an exciting race with a sprint to the finish as Feeney scored one for the men. Alex Carpenter finished third with Federico Andino and Hunter Proctor rounding out the top 5. Max Fennell, an aspiring professional triathlete, turned in a great performance with a seventh place finish.