Urban Swimming At Its Best, Round Christiansborg And Krüger Relay 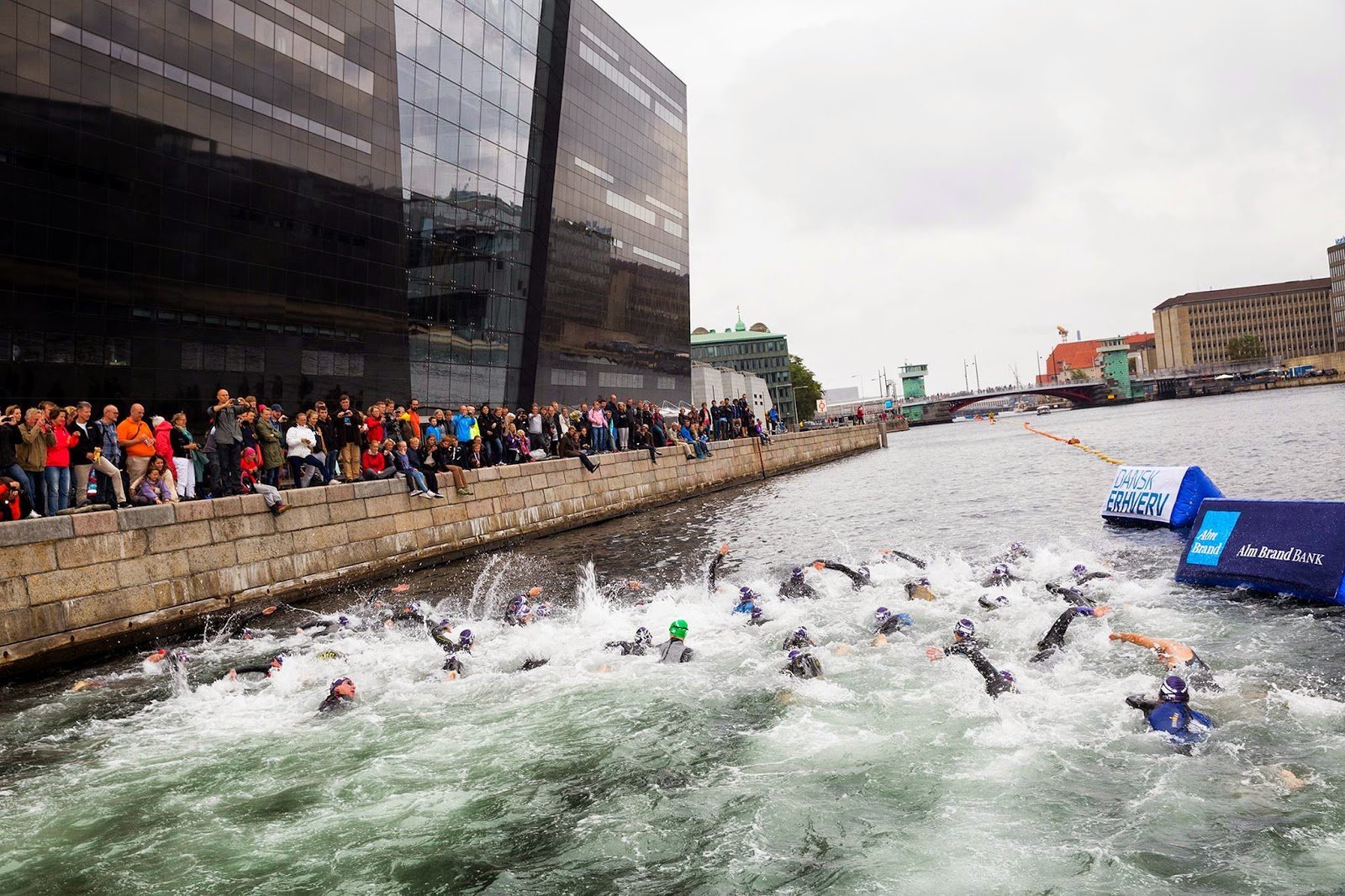 The beautiful 2 km canal course of the Round Christiansborg Swim around the Danish Parliament Christiansborg starts in the harbour basin at The Black Diamond. This is the national library in the heart of the capital of Denmark where over 3,000 swimmers raced in the urban setting.

The ninth edition organized by the Danish Swimming Association saw a record number of participants swim 2 km in Frederiksholm’s Canal as they swim through canals alongside Holmen Church, the Danish Parliament, the Danish Ministry of Culture, royal riding stables and near the central shopping area of Copenhagen.

Colin Hill of Chillswim, the ubiquitous personality in the sport, participated. “I found this such a fun and unique event and really enjoyed swimming a 2 km circuit around the city centre. This is just what open water swimming needs to perfectly showcase one of the fastest growing sports in the world. I think this is a ‘must swim’ for swimmers from around the world to come and experience.”

Morten Hinnerup, Development Manager, The Danish Swimming Association, agreed with Hill’s assessment. “We have in recent years been able to observe a growing interest in open water swimming in general, which applies to this event in the heart of Copenhagen. We know that many want to participate, and we would like to let as many as possible participate. Hence, we think all the time in solutions that can make room for more participants. It is a challenge that we can’t solve without cooperation with other stakeholders. This year we reached for the first time event 3,000 people.”

When people first hear of an urban swim, one of the first few questions they ask is where and when. Lars Lundov, CEO of Sport Event Denmark explains the story. “Swimming in the clean waters of the canals of Copenhagen is also a way of telling the story of a capital with a heart for sporting events. Sport Event Denmark has this year partnered with the Danish Swimming Association specifically to enhance more open water swimmers from a number of countries to participate in the future.”

The Round Christiansborg Swim started in 2006 with 260 participants, but it has grown to 3,000 participants as well as 100 relay teams of four swimmers in the Krüger Relay. In 2009, it was one stage on the FINA 10K Marathon Swimming World Cup pro circuit. And in 2012, Her Royal Highness Princess Mary, the patron of the Danish Swimming Association, participated on the 2 km urban swim.

Photo of Round Christiansborg start by Michael Vienø.