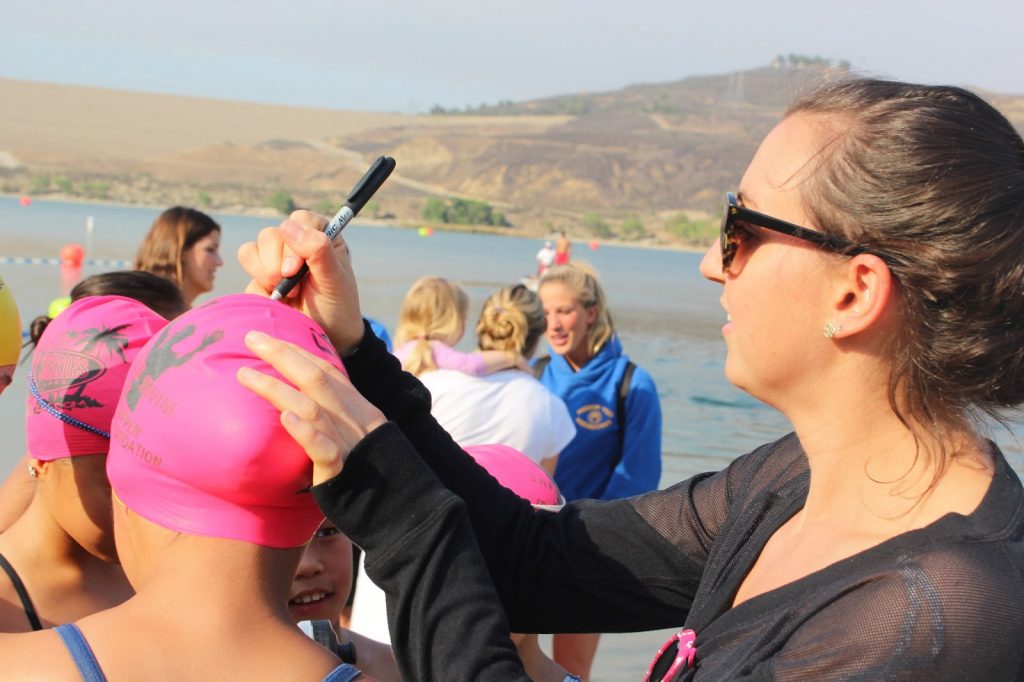 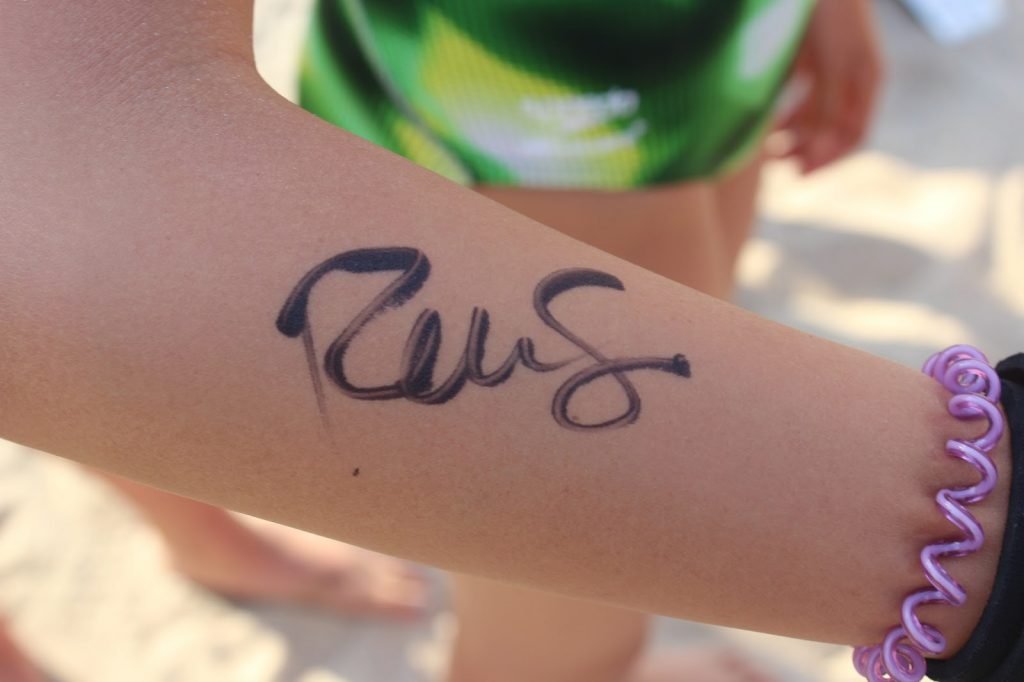 The USC Trojans have long been a tremendous force in aquatic sports at the elite level. Olympic gold medalists like Murray Rose, John Naber, Michelle Ford, Janet Evans, and Lenny Krayzelburg are just a few of the nearly 600 University of Southern California athletes on Olympic teams who have won 135 gold medals, 87 silver and 65 bronze.

And one of the most recent USC Olympic heroines is 6-time Olympic medalist Rebecca Soni…who also has done open water swims. Soni showed up to support her USC teammate and fellow Olympic medalist Haley Anderson at the Fran Crippen Sunset Mile and USA Swimming National Open Water Swimming Championships, acting as a babysitter for the 2-year-old child of Catherine Vogt…another USC connection who coached both Anderson and fellow Trojan Ous Mellouli to Olympic success.

But the humble Soni was discovered playing nanny on the shoreline by the hundreds of age-group swimmers.

Soon she was surrounded by young swimmers who eagerly asked for autographs and posed for photos. With the gracious smile of a personable Olympian, Soni accommodated everyone and signed their swim caps and skins.