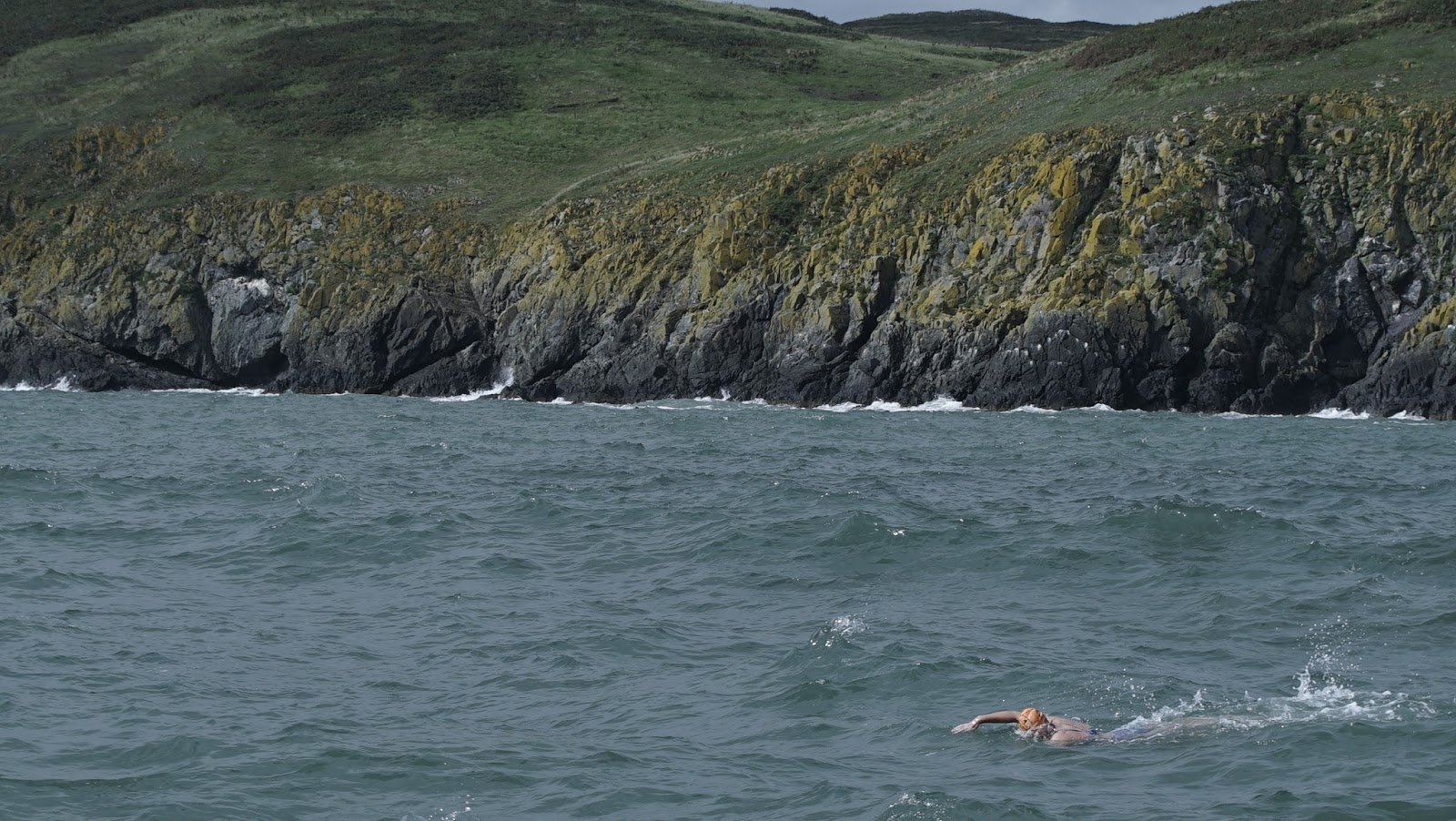 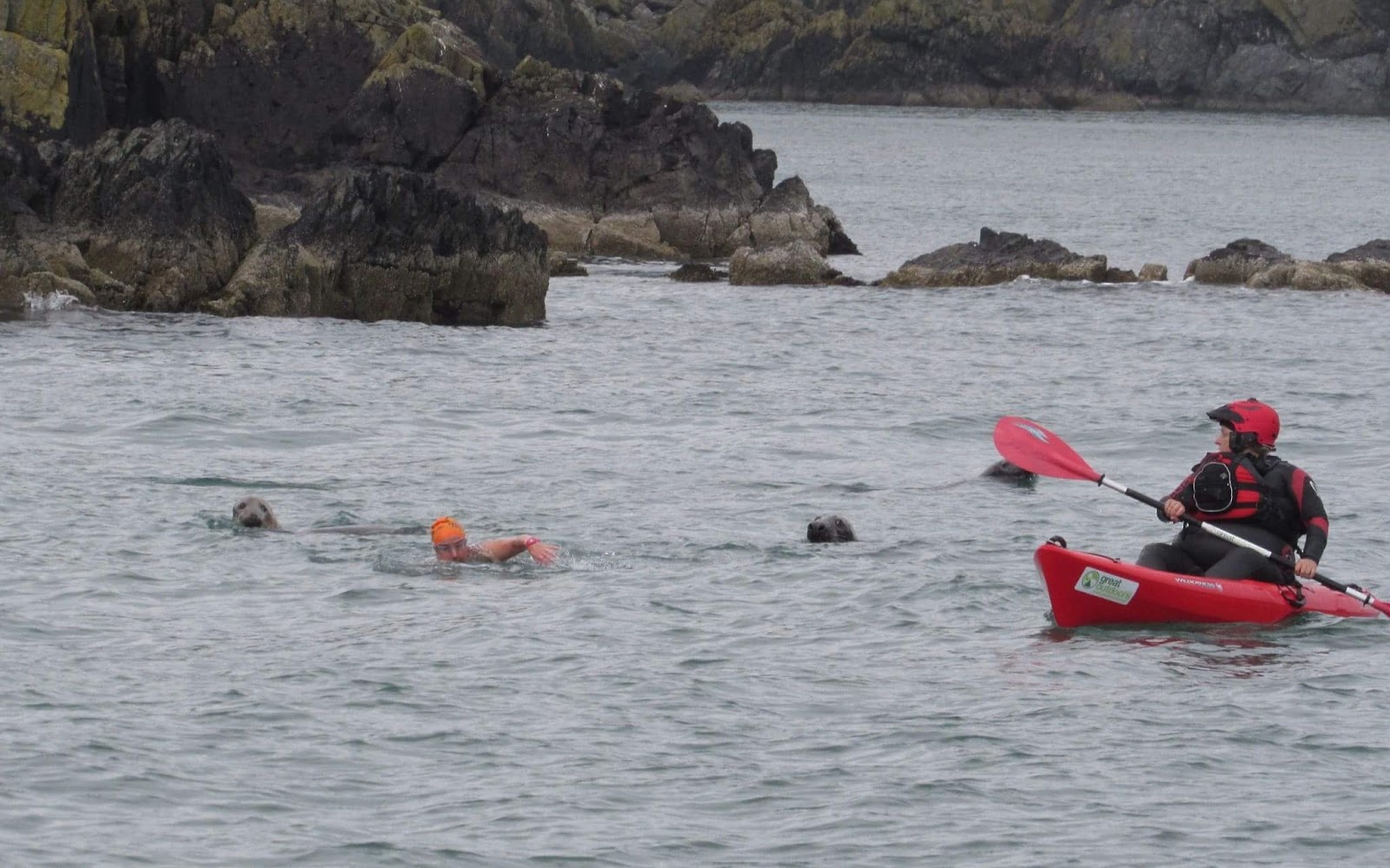 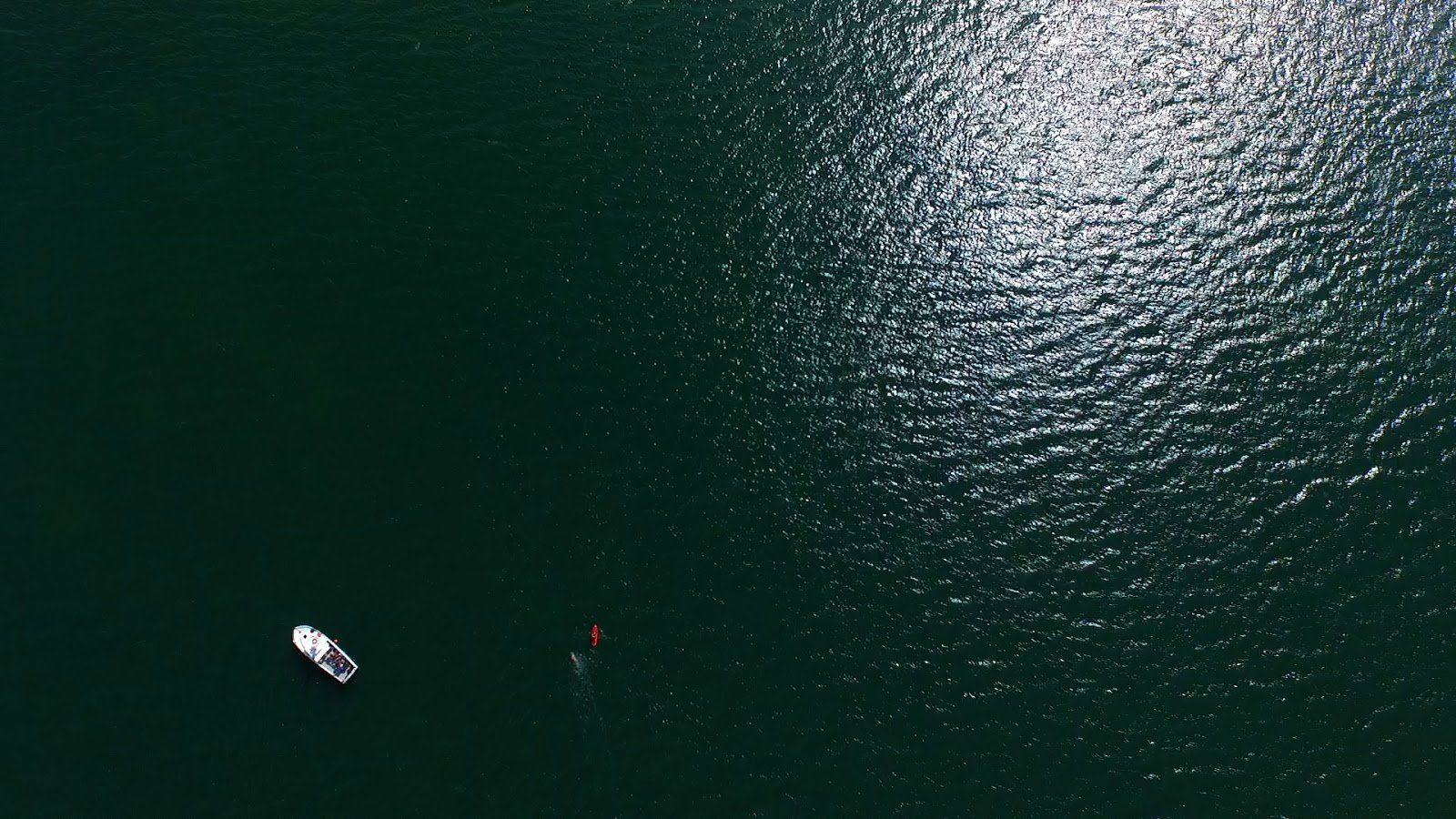 Vanessa Daws is a British visual artist and open water swimmer living in Dublin, Ireland. Her art practice explores place through swimming and was embodied by The Lambay Swim Trilogy.

The Lambay Swim Trilogy included three swims over a 3-year art project that Daws made into film and sound work, publications and live events.

The second swim was completed in 2015 when Daws swam the first documented 8 km crossing from Low Rock, Malahide, Co Dublin to Lambay Island Harbour in 2 hours 37 minutes. The Lambay Solo Swim Expedition was a solo swim with members of the scientific, artistic and swimming communities accompanying her on the support boat each responding in concert with their own professional activities.

The third swim of The Lambay Swim Trilogy was The Lambay Circumnavigation, 3 hours 17 minutes amid Lion’s mane jellyfish, plenty of seals and rough conditions with Fergal Somerville as the observer and safety chief and Teena Gates as her kayak support. On September 6th, Daws became the first person to circumnavigate Lambay Island in Dublin Bay, Ireland.

Daws calls her art practice ‘Psychoswimography’. “The word ‘swim’ added to Psychogeography shifts the meaning from a terrestrial drifting to a watery drifting and re-imagining of place,” she explains. “‘Place’ being the watery spaces navigated and swam through, the surrounding littoral space and the social spaces created by this shared activity.”

Besides her Lambay Swim Trilogy, Daws has been more traditional in her previous venue choices from Alcatraz Island and Spike Island in Co Cork to a successful English Channel relay in 2015 with team Allez Les Verts. She swims with the Leinster community in Dublin and has participated in Ned Denison’s Distance Week in Co Cork. “I have been filming the swims for the past five years. I call these videos ‘Swimfilms’ that serve as part of my swim research, training and archive material.

My visual art practice is a dialogue between physical and digital mediums with water as the underlying element in my work
.”