Vansbrosimningen Started With 50 And Now Is Stamped 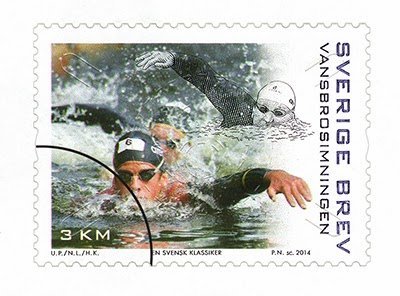 The Swedish classic, Vansbrosimningen, started humbly and quietly with 50 participants in 1950.

That swim and incredible growth is now commemorated in a postage stamp as part of the Swedish Classics along with four other classic endurance races in Sweden (Vasaloppet, Vansbrosimningen, Engelbrektsloppet, Lidingöloppet and Vätternrundan).

To be released on January 16th, the multi-race Vansbrosimningen stamp designed by Henrik Karlsson will showcase Erik Strand of Hedemoravägen and Anders Olsson of Hagfors who both of completed Vansbrosimningen several times.