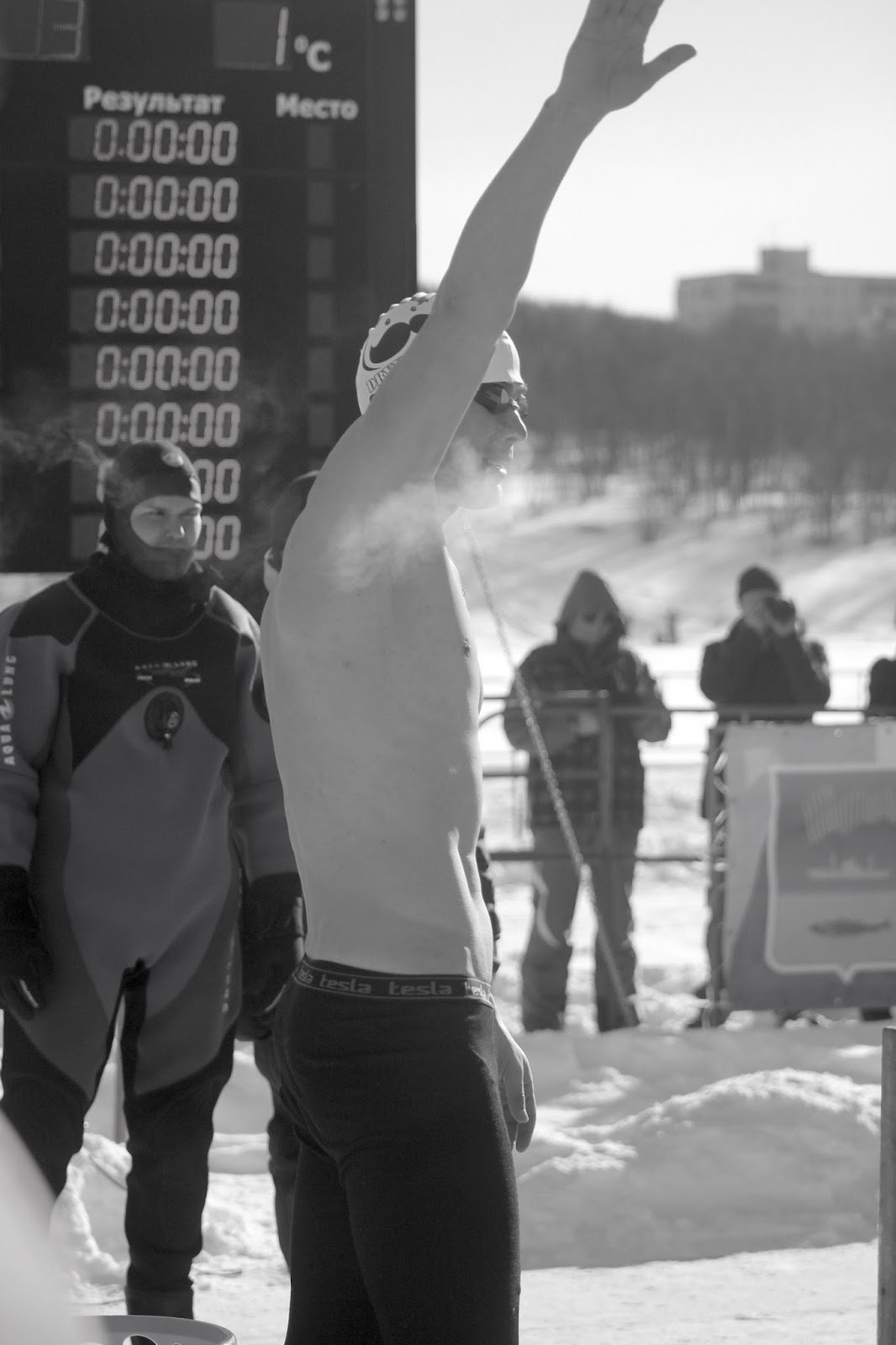 Vasilly Mosin, born in Kazakhstan, is a member of the Pingvin club Ivanovo. He competed in the 25m and 50m freestyle events and 25m breaststroke events at the inaugural Ice Swimming World Championships in Murmansk, Russia and swam the fastest 25m and 50m freestyles at the 2014 and 2015 Tyumen Open Water Swimming Cup in Siberia.

“He is so gentle and silent,” says Nuala Moore. “When you mention [his] speed, he talks about friendship and being together. He is such a fabulous energy to be around. Like Henri Kaarma, he stands and applaud every swimmer, and then whoof he is off swimming like a bullet.”

Mosin started swimming at 8 and was a competitive swimmer for the next 11 years. During his career, he was the fastest sprint freestyler in Kazakhstan with a time of 53.5 in the 100m.

But his success came abruptly to a halt in his teenage years. “I retired from the sport at 19 years old; it was a decision that I very much regretted afterwards.”

But he made his comeback six years ago during the 2008-2009 season. “I was at a training camp in Kyrgyzstan and then swam at the summer championship of Kazakhstan in Almaty.” Even after his long layoff, he finished third in the 50m freestyle in a time of 24.5, second in the 50m butterfly in a time of 25.2 and did a personal best in the 200m freestyle, 1:54.3, in the 4x200m freestyle relay.

“After that, I decided to finally retire from the sport 2009. But I am forever a man who cannot live without water and competition. In 2013, I moved to Russia and began to train for winter swimming. But we have no swimming pool in the city, so we have to prepare without training in the water.”

He is now preparing for the 2016 World Championships in Tyumen. 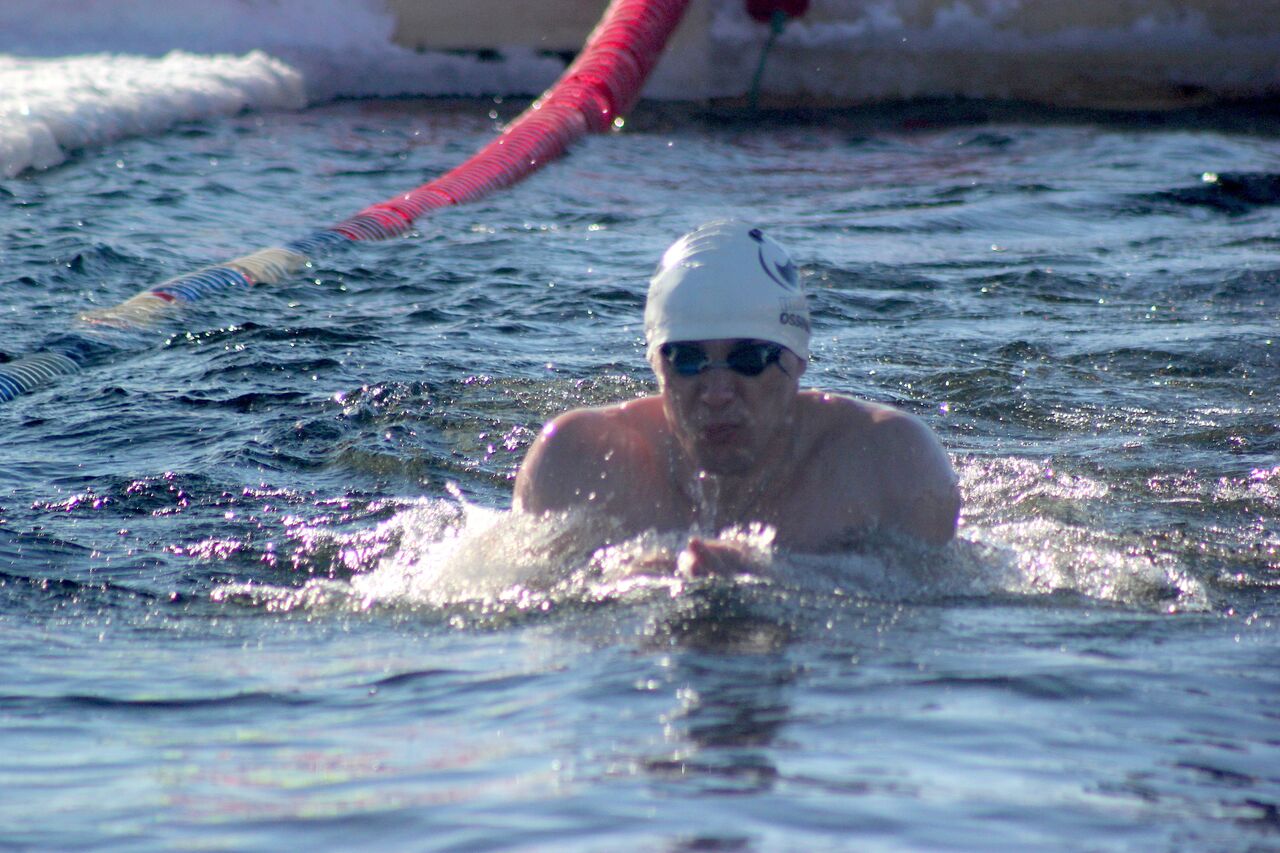 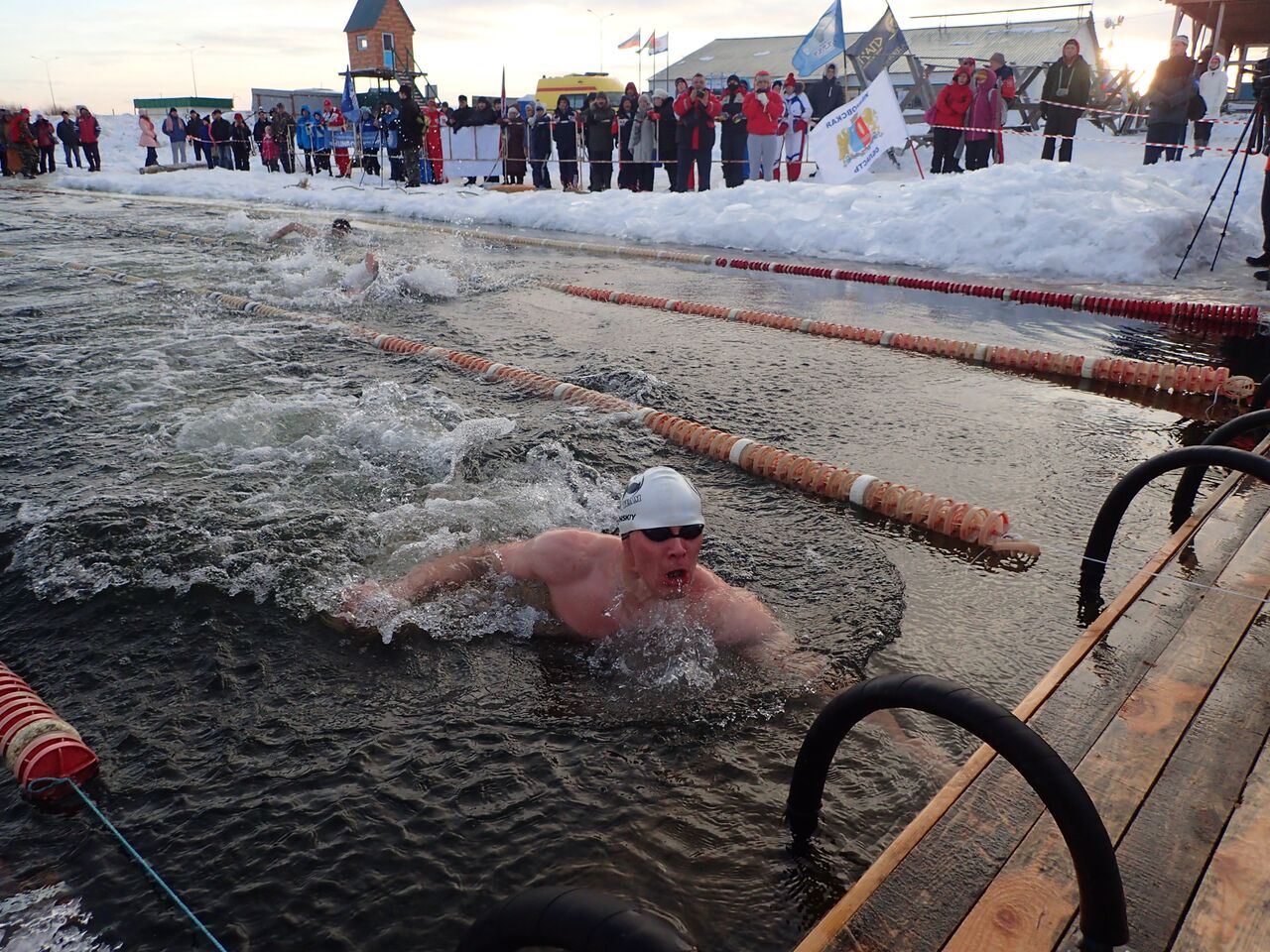