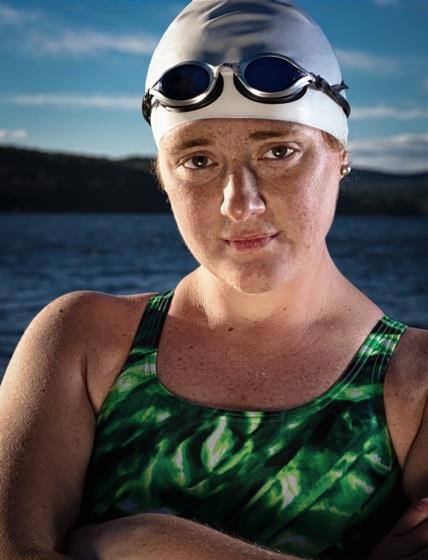 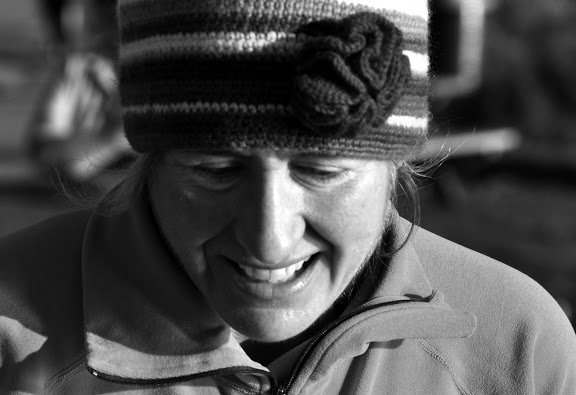 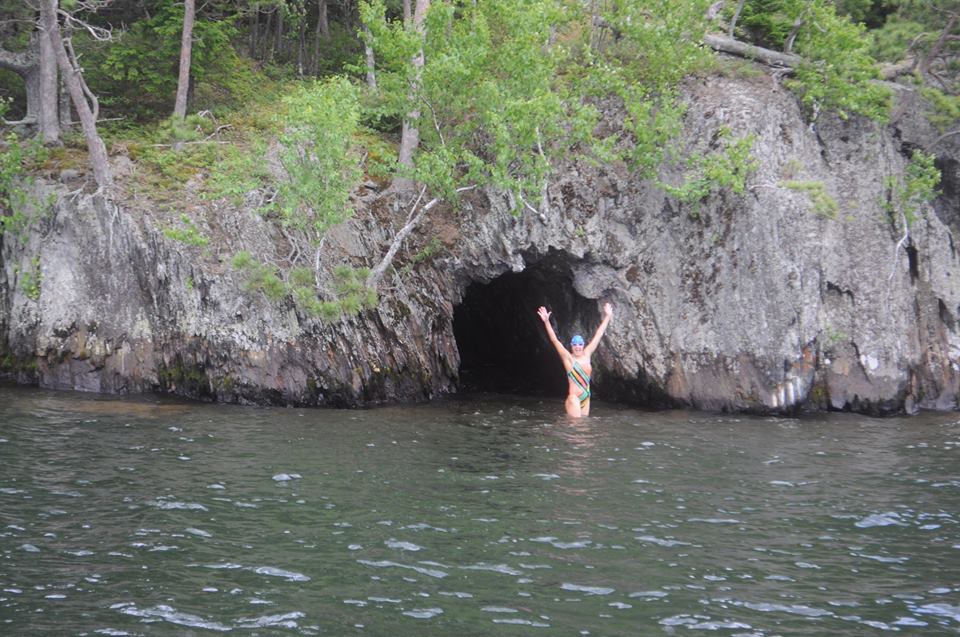 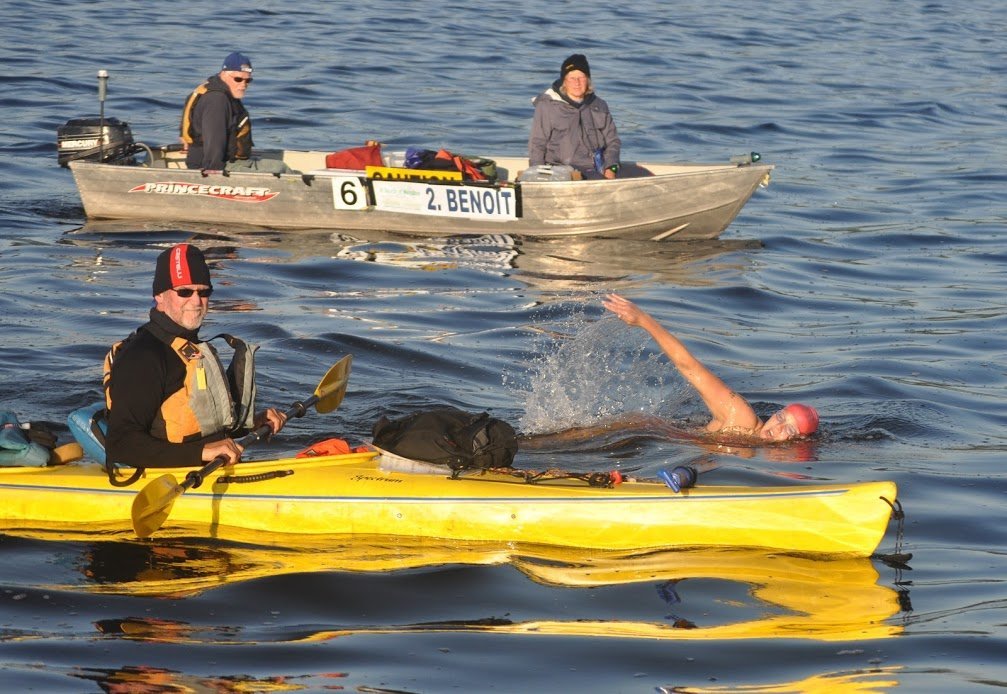 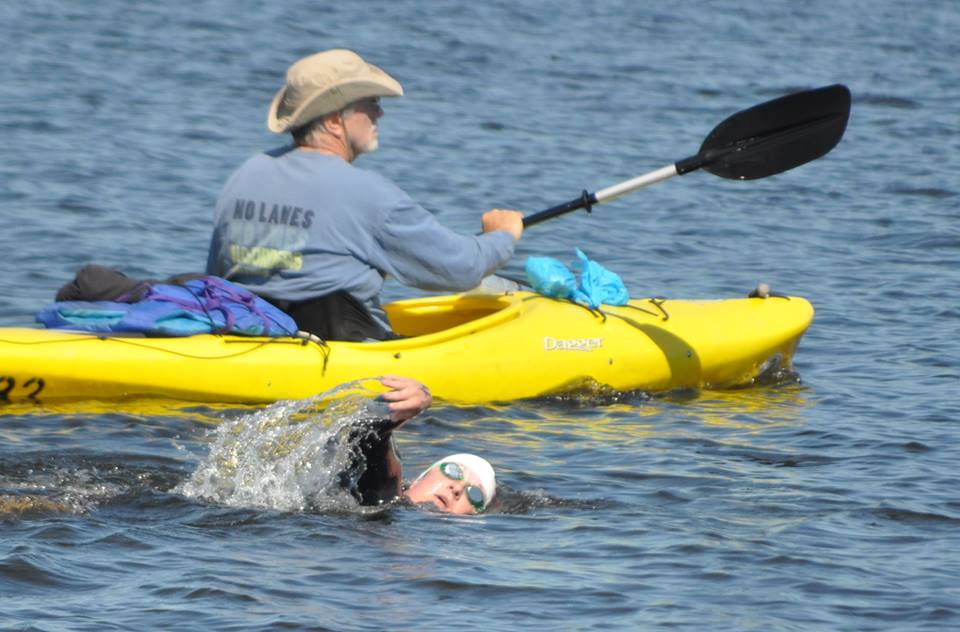 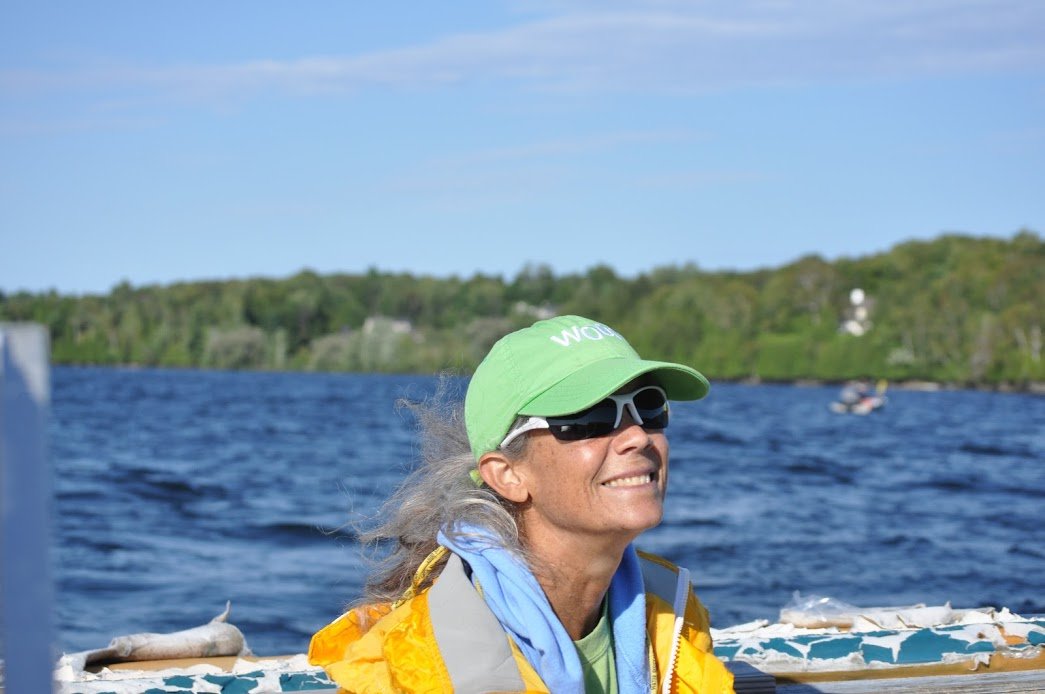 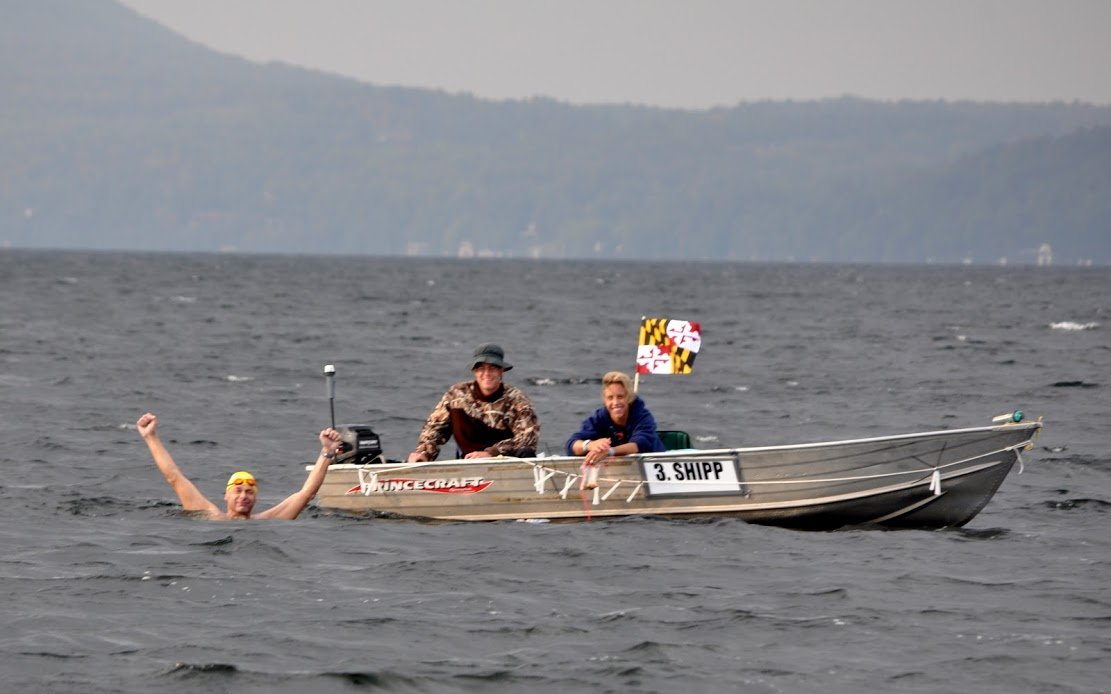 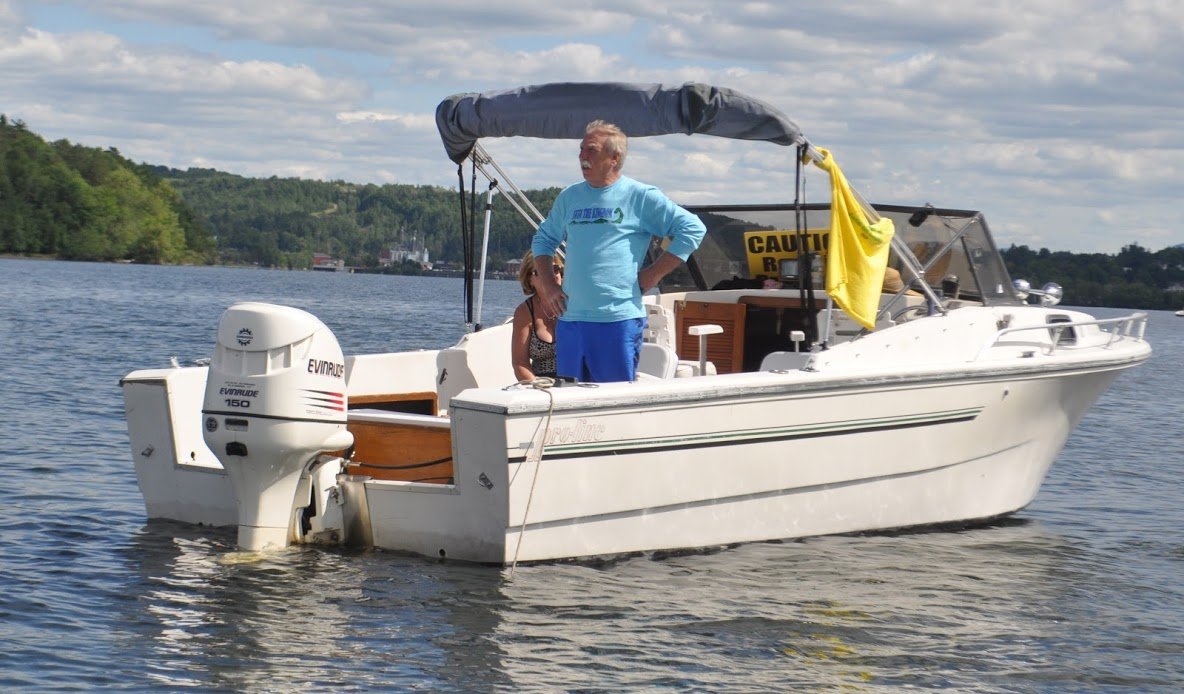 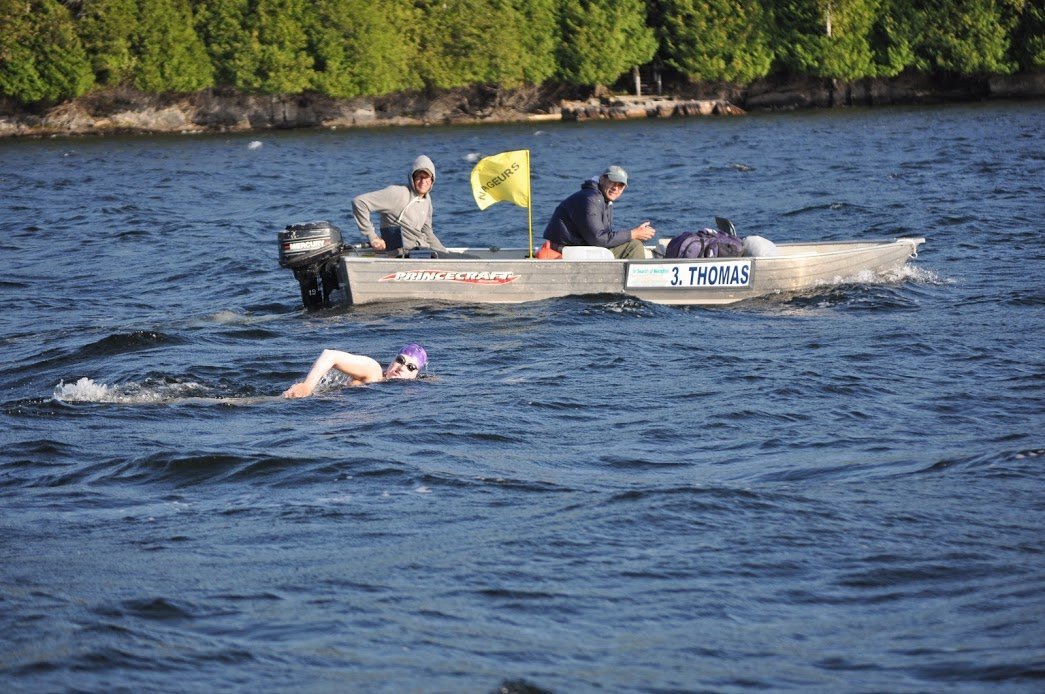 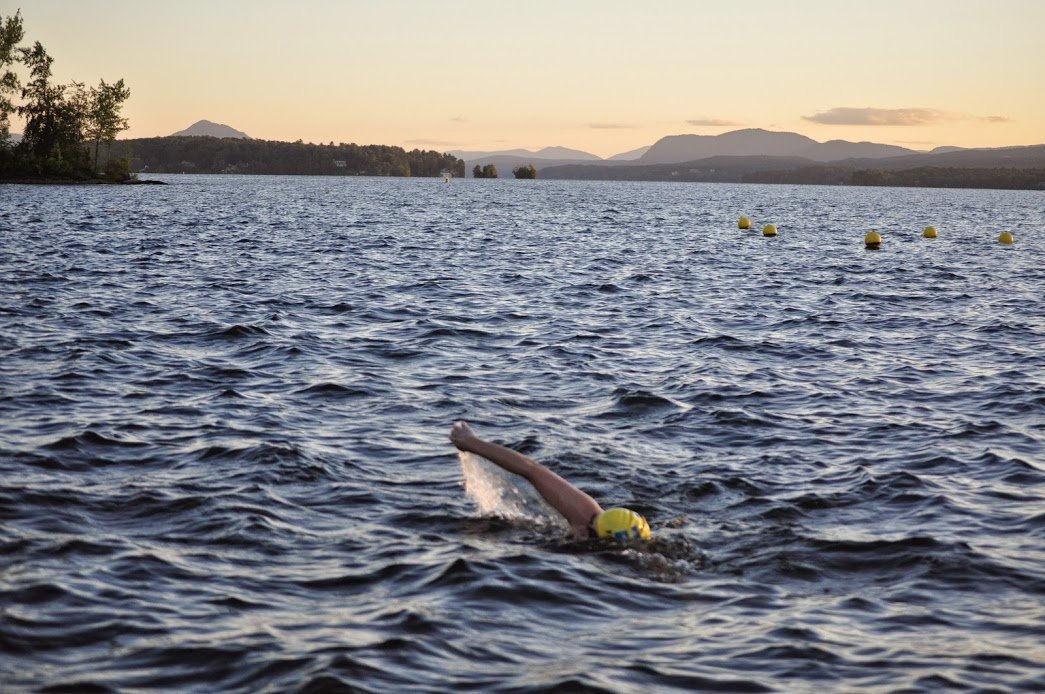 The tireless duo continue to celebrate, organize, encourage and promote open water swimmers and their sport from winter swimming to marathon swimming.

Most recently, the stately former attorney with an eye for photography and the towering former water polo goalie with an endearing charisma co-founded the Vermont Open Water Swimming Hall of Fame. The open water swimming community’s newest Hall of Fame inducted its inaugural class of 10 swimmers, contributors, pilots and crews.

The inductees include the following individuals:

* Bethany Bosch is a 32-year-old swimmer from Wallingford, Vermont. As a marathon swimmer, Bosch became the first Vermont resident to successfully swim the 21-mile English Channel in 2014. Her marathon swimming career started as the slowest swimmer in the 10-mile Kingdom Swim in 2011. She returned in 2012 and completed the swim faster by one hour 30 minutes. Bosch completed the 25-mile In Search of Memphre Swim in 2013.

* Charlotte Brynn is a 51-year-old swimmer and coach from Stowe, Vermont. As a marathon swimmer, Brynn completed two legs of the Triple Crown of Open Water Swimming in 2014 (i.e., 20-mile Catalina Channel and 28.5-mile Manhattan Island Marathon Swim) that followed previous setbacks. She completed the 10-mile Kingdom Swim in 2010. In 2011, she was one of only 4 (out of 9) to complete the inaugural 25-mile In Search of Memphre in the face of 25 to 30 mph headwinds. Brynn won the 25 km Border Busters event in 2016. As an ice swimmer, Brynn completed two Ice Miles in temperatures below 5°C in a normal swimsuit. As an adventure swimmer, Brynn completed more swims than anyone in Vermont waters: Champlain, Memphremagog, NEK Swim Week, Skinner Island, Île Ronde, and Georgeville or Bust as new swims on Lake Memphremagog. As a contributor and coach, Brynn is the founder and inspiring coach of the Stowe Distance Swimmers which has produced more marathoners than any other program in Vermont.

* Gary Golden is a 62-year-old kayaker from Burlington, Vermont. As a contributor and crew, Golden has kayaked at nearly every Northeast Kingdom Open Water Swimming Association event since 2010 including paddling the length of Lake Memphremagog in support of In Search of Memphre in 2015 and 2016.

* Don Houghton, Jr. is a 70-year-old kayaker and escort pilot from Craftsbury, Vermont. As a contributor and crew, Houghton kayaked and piloted at nearly every Northeast Kingdom Open Water Swimming Association event since 2010, including paddling the length of Lake Memphremagog in support of In Search of Memphre in 2016 for Craig Lenning’s solo swim in 2015, and travelling to Arizona repeatedly to support swimmers in four marathon swims over four days at S.C.A.R.

* Cynthia Needham is a 69-year-old crew member and kayaker from Hyde Park, Vermont: As a Contributor – Crew and kayaker in numerous Northeast Kingdom Open Water Swimming Association events including Sarah Thomas’ 50-mile double crossing In Search of Memphre in 2013 and Charlotte Brynn’s many swims on Lake Memphremagog and on seven marathon swims (and attempts) from California to New York and England.

* Bill Shipp is a 56-year-olld swimmer from Mitchelville, Maryland. As a marathon swimmer, Shipp completed the Triple Crown of Open Water Swimming during 2014 and 2015 (i.e., 21-mile English Channel, 20-mile Catalina Channel, and 28.5-mile Manhattan Island Marathon Swim). Shipp’s Vermont record started with the 10-mile Kingdom Swim in 2010. He then overcame cancer, returned in 2011 for another 10-mile Kingdom Swim and attempted the inaugural 25-mile In Search of Memphre. Shipp completed In Search of Memphre in 2012, was the top male at the inaugural 15-mile Border Buster in 2014 and was top male in the 25 km Border Buster in 2016.

* Chris Steele is a 60-year-old escort pilot from Derby, Vermont. As a contributor and crew, Steele piloted and led the fleet of patrol boats supporting the inaugural Kingdom Swim in 2009. He served as the First Rear Admiral of the fleet from 2010 to 2012 and piloted a boat in the first two In Search of Memphre swims through fierce weather conditions. He has supported every Kingdom Swim that his boat was in the water since 2009.

* Gail Steele is a 60-year-old kayaker and escort crew member from Derby, Vermont. As a contributor and crew, Steele kayaked and crewed at all but one of the Kingdom Swims since its founding in 2009 and crewed with her husband Chris Steele at the first two In Search of Memphre swims.

* Paula Yankauskas is a 62-year-old swimmer from Hyde Park, Vermont. As a marathon swimmer, Yankauskas is the oldest American woman to swim the 21-mile English Channel which she complete in 2016. She is the oldest person to swim the 25-mile length of Lake Memphremagog in the In Search of Memphre in 2014. Her swims include repeated Kingdom Swims, repeated NEK Swim Weeks, the 15-mile Border Busters, and the 25 km Border Busters in 2016.

White explains the background and purpose of establishing the Hall of Fame.

“Vermont is the only landlocked state in New England. Yet, it is blessed with many wondrous freshwater lakes, including river-fed lakes like Champlain and Memphremagog, and glacially carved, majestic, pristine lakes sitting atop their watershed, like Willoughby and Crystal. Many of these lakes, especially in the three-county area known as the Northeast Kingdom of Vermont that are distinguished by light boat traffic and tranquility.

For centuries, Vermont presented a perfect place to swim. In the advent of the 21st century, the lakes of Vermont have become a hotbed for open water swimmers, many of whom have grown up on these lakes to become world-class ultra-marathon swimmers as well as cold water swimmers, winter swimmers, ice swimmers, and adventure swimmers.

The mission of the Vermont Open Water Swimming Hall of Fame is to recognize those Vermonters and those with substantial connections to Vermont who have achieved greatness in the open water and those who make significant, awe-inspiring contributions to their success.”

Denison describes how individuals are nominated for and eligible for induction in the Hall of Fame. “Eligibility is open to residents of the State of Vermont or those with a substantial connection to Vermont at the time of their achievements. It is open to open water swimmers who use wetsuits or these with physical issues which necessitate the use of appropriate aids. In addition to achievements and contributions, the character of the individual (or organization) will be taken into account during selection for induction or to remain an Honoree.

The current honorees shall vote annually on new inductees. They will also manage the Vermont Open Water Swimming Hall of Fame and develop and evolve rules and procedures for the conduct of the Hall going forward.”

The initial Honoree Categories in the Hall of Fame recognizes three different areas in the sport:

1. Marathon Open Water Swimmers where a marathon swim is defined as an epic (long course) swim of 10 km or greater.
2. Contributors including Pilots, Crew, Kayakers, and Coaches.
3. Cold Water Swimmers, Winter Swimmers, Ice Swimmers of any distance in water temperatures 5°C or less, and Adventure Swimmers.