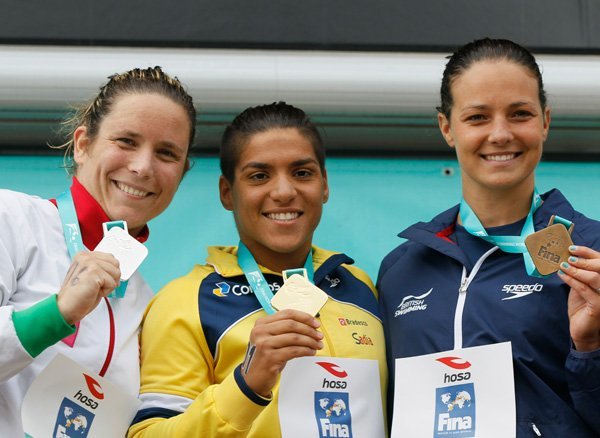 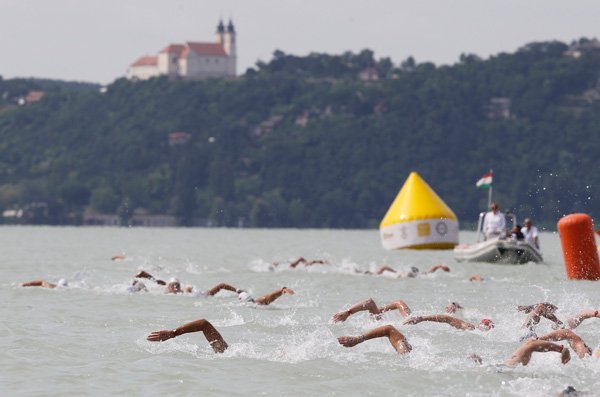 Courtesy of FINA from Balatonfüred, Hungary.

When Ana Marcela Cunha of Brazil, Risztov Éva of Hungary, and Keri-Anne Payne of Great Britain are in an international competition, there are few athletes that combine the stamina, speed, strength – and smarts – like these three Olympic veterans.

“I’m really happy with my performance,” said winner Cunha who is looking to return to the Olympics after her debut in 2008. “Since Barcelona 2013 I always want to be in the top 5 in the World Cup races and I just managed to do that consistently and hope to do the same at the World Championships in Kazan. Every time the end of the race is the strongest part, the best swimmers are always ready to do a big sprint, it happens every time in the World Cup and something similar is expected at the World Championships, too.”

She will need to be ready for the Olympic 10K Marathon Swim qualification race will be held in July at the FINA World Swimming Championships in Kazan, Russia. But like Risztov and Payne, the Brazilian will be peaked and prepared.