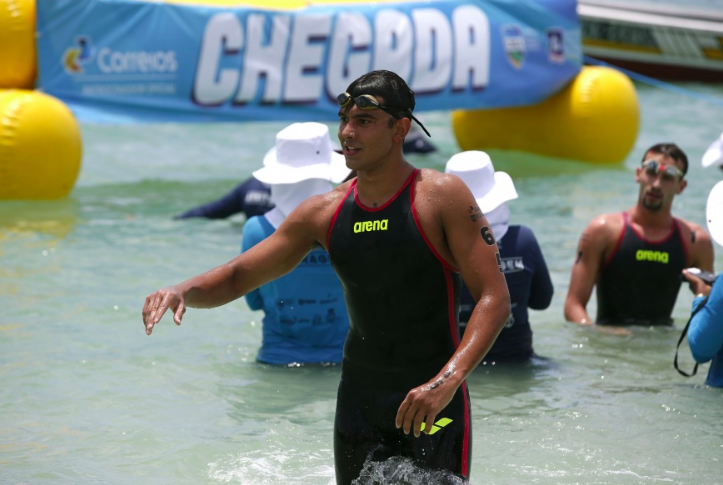 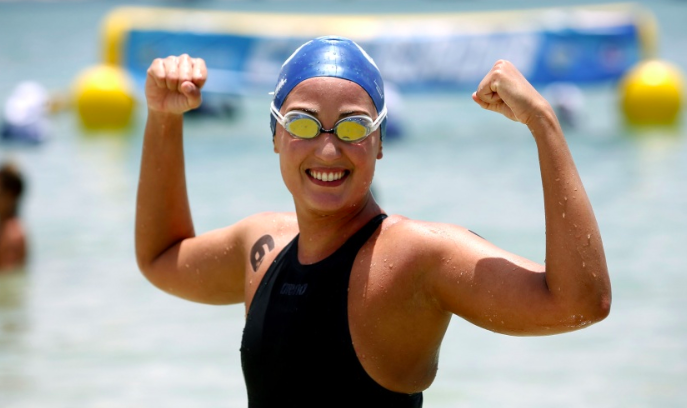 Colonese won the 10 km Campeã Brasileira de Maratonas Aquáticas in 1 hour 58 minutes 38 seconds only 2 seconds ahead of Alexandre Finco and four seconds ahead of Henrique Figueirinha. “I was very happy with today’s result because it was a very strong race in the championship race. I am happy for the title of the 10 km in 2018 and also for good training for the [Brazilian] qualification race for [FINA World Championships in] South Korea, which will happen here a month here in that same place. I take this opportunity to congratulate the CBDA (Brazilian Confederation of Aquatic Sports) for its innovations.”

Lorscheitter won in similarly close fashion, finishing in 2 hours 17 minutes 3 seconds followed three seconds later by Aricia Peree and six seconds later by Marina Amorim. The long-time FINA competitor said, “I love to swim in Inema. I always swim well here. I am very happy with one more stage to take first and the title of the 2018 Brazilian Championship.”

Her victory came less than a month after she finished the longest race of her career, the 36 km Travessia do Leme ao Pontal in Rio de Janeiro in 8 hours 54 minutes.

Henrique Figueirinha, Enzo Putinati, Aricia Peree, and Marina Amorim will represent Brazil at the 2019 South American Youth Championship that will be held in Chile.