Vintage Footage Of Classic Swims To Be Shown 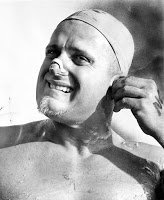 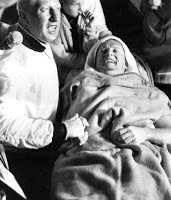 Vintage footage of classic open water swims will be shown at the 2012 Global Open Water Swimming Conference and the International Marathon Swimming Hall of Fame ceremonies on the Queen Mary in Long Beach, California on September 21st and 22nd.

Professional races in Lake Michigan by Ted Erikson (shown on left) and Greta Andersen where they battled over 24 hours and 50 miles. “I remember seeing Ted in the hospital afterwards…it was a long way but we were both OK,” recalled Andersen.

And the renowned professional English Channel races of the 1950s where some vintage footage was taken by helicopters amid the hoopla in the Channel.

All of these and more will be shown and discussed on board the Queen Mary by the people who were there in the water, and on the boats.