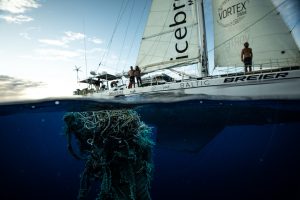 Followers and fans can join Lecomte on San Francisco’s shores on August 31st to meet him and listen to him discuss his expedition when he swam through and tracked plastic pollution.

Jeremy Moon, founder of icebreaker who pioneered the ethical and sustainable production of natural performance apparel, invite interested consumers to join Lecomte to an outdoor reception in San Francisco after he has swum through and explored the highest concentration of ocean plastic in the world during a 79-day expedition. 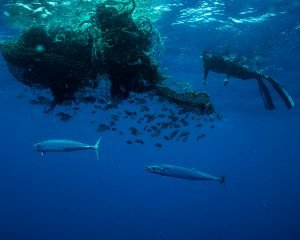 Lecomte explains why he planned and completed The Vortex Swim, “Over 300 million tons of plastic waste is produced each year by humans globally, with 8 million tons ending up in our waterways.  Much of this waste accumulates in moving gyres, such as the Great Pacific Garbage Patch, the closest one to California and biggest in the world.  Plastic pollution impacts not only our marine life, but has infiltrated our own food sources.”

The Vortex Swim crew found an average of over 1 plastic fragment every other second.  They witnessed first-hand how one of the most remote places on the planet is contaminated by plastic pollution and its impact on marine life.  This data will be shared with scientists around the world to help educate and instigate future research. 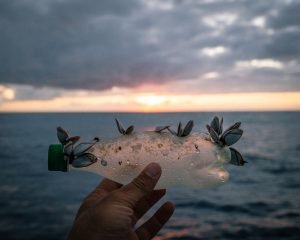 Moon also his company’s role, “Icebreaker is dedicated to educating consumers and customers on how to live a life less plastic and move to natural.  Choosing natural textiles over synthetics can help reduce microplastic pollution by limiting the expulsion of over 700,000 microfibers from each wash of synthetics garment into waterways.

Ben’s journey showcases the immense impact of microplastics, and he, along with esteemed panel experts, will share how we can make a difference for ourselves, and our planet.”