Warm Feelings In Warm Water Between Okinawa And Taiwan 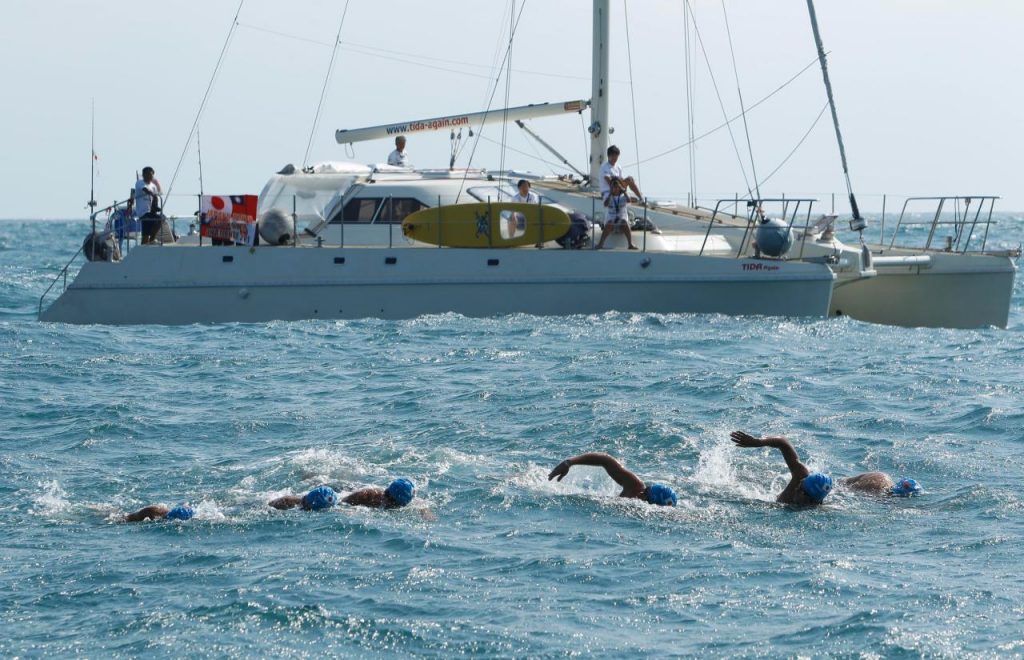 Six Japanese swimmers swam 95 miles (150 kilometers) from Yonaguni Island in Okinawa, Japan through heavy winds and rough seas to Suao Harbor along the north eastern coast of Taiwan in an unprecedented cross-border swim.

The relay swim was done as a show of gratitude to Taiwan for its help after the March earthquake and tsunami in northern Japan. Taiwan sent rescuers and donated more than U$260 million) for relief efforts after the March 11 twin disaster that left nearly 20,000 people dead or missing in Japan.

“I have been very touched by how fast Taiwan was in sending assistance,” said Kazuya Suzuki, one of the swimmers and the organizer of the event. “I am very moved by Taiwan’s warm feelings toward Japan.”

This relay was courageous as this area is heavily populated with sharks that can be easily seen from the surface of the water by swimmers. Yonaguni Island is one of the world’s most densely populated areas for hammerhead sharks.