Watch Out For the Sardines In The Dolphin Series 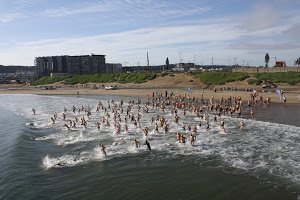 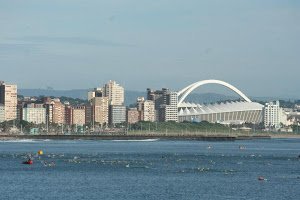 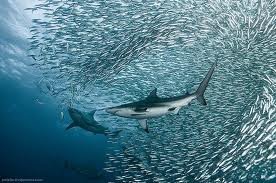 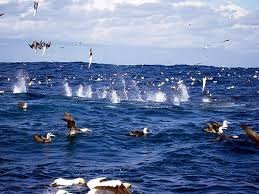 There is an annual phenomenon of millions of sardines traveling around Durban up the east coast of South Africa that occurs sometime between May to July. It is one of the world’s most interesting marine spectacles that attracts man as well as all kinds of marine life.

Due to this phenomenon, there are several sporting events held, including the Dolphin Mile Surf Swim Series, that capture the excitement and wonder of the massive migration of small fish.

As the fish migrate from the colder waters of the southern tip of South Africa to the warm sub-tropical waters of its northern reaches, the sardines run close to shore near Durban area and then disappear somewhere into the vastness of the ocean.

Because of the cold currents along this stretch of coastline and their appetite for plankton, these fish converge close to the shoreline and to the surface, making ideal targets for hungry predators and perfect viewing for swimmers, snorkelers, and scuba divers.

As the sardines shoal closely together, birds, fish, dolphin, seals, and all kinds of sharks all feast on the moving banquet. The apex predators include bronze whalers, zambezies (bull sharks), hammerhead sharks, copper sharks, and Great White Sharks.

The frenzy of sharks are also joined by cunning hunting strategies of the bottlenose and common dolphins. The dolphins actually work together to herd the sardines into smaller groups where they can easily gorge themselves silly.

Nature lovers come out to watch the natural phenomenon as do swimmers who participate in the Dolphin Mile Surf Swim Series, 8 one-mile ocean swims held in Durban. The races are held on April 14th and 21st, May 5th and 19th, June 9th and 23rd, July 14th depending on the sardines, August 4th, and September 8th. Special recognition is given to those swimmers who participate in at least 6 of the 8 races on the Dolphin Mile Surf Swim Series.