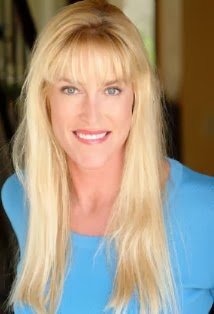 Although the disaster film had a US$160 budget and holds a Guinness World Record for having the most detailed computer graphics model in a Hollywood film, the 2006 adaptation of The Poseidon Adventure still needed the talents and expertise of a lot of stuntmen and stuntwomen.

Swimmer Katie Rowe of Long Beach, California trained the cast and crew when it came to the underwater scenes as the ship Poseidon was capsized by a rogue wave. “There were 21 swimmers creating those underwater scenes.”

She and her fellow cast and crew did a good job as the film was nominated at the 79th Academy Awards for Best Visual Effects and the movie’ gross revenue was over US$201 million.

Whether she is at the beach, in the surf, on a pool deck or appearing on television or in the movies, Rowe cuts a eye-catching figure with plenty of power and grace in the water.

We guess when you cross a swimmer with a stuntwoman, you get a waterwoman – which is certainly what Rowe has become.