Way Way Out, All The Way Around, And Back In 30 Hours

When swimmers step off of Catalina Island, they are always heading to the California mainland.

At night, the lights of Southern California are like tiny beacons of illumination guiding them to the shoreline, 20.2 miles in the distance.

Occasionally, the channel swimmers may not see the coastline – their ultimate goal – due to fog or clouds. The thought of swimming without actually seeing their goal in deep ocean waters can be intimidating. But swimmers do it by the dozens every year, whether in relays or as a solo adventure.

But the Out, Around, and Back marathon swimming relay will not be guided by GPS to the California mainland. When the first swimmer steps off Catalina Island, they will be heading in a completely unique direction.

They will be heading to Santa Barbara Island in one of the most ambitious and adventurous aquatic challenges on the West Coast of America. 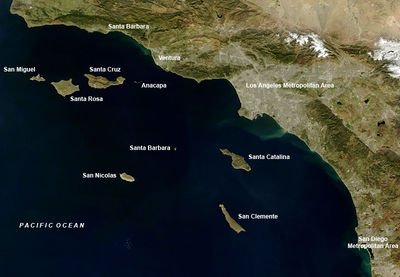 The six members are swimming where no man or woman has ever swum before.


Because of the uncharted waters that they will attempt (at least from a swimmer’s perspective), they will decide direction and strategies as they go. Where they will actually step off Catalina Island, what direction they will circumnavigate Santa Barbara Island, and what tangent lines they will take given the currents and tides will be decided on the fly in real time.

Tracking of the relay Evan Morrison can be seen here.

Read about the outcome here.