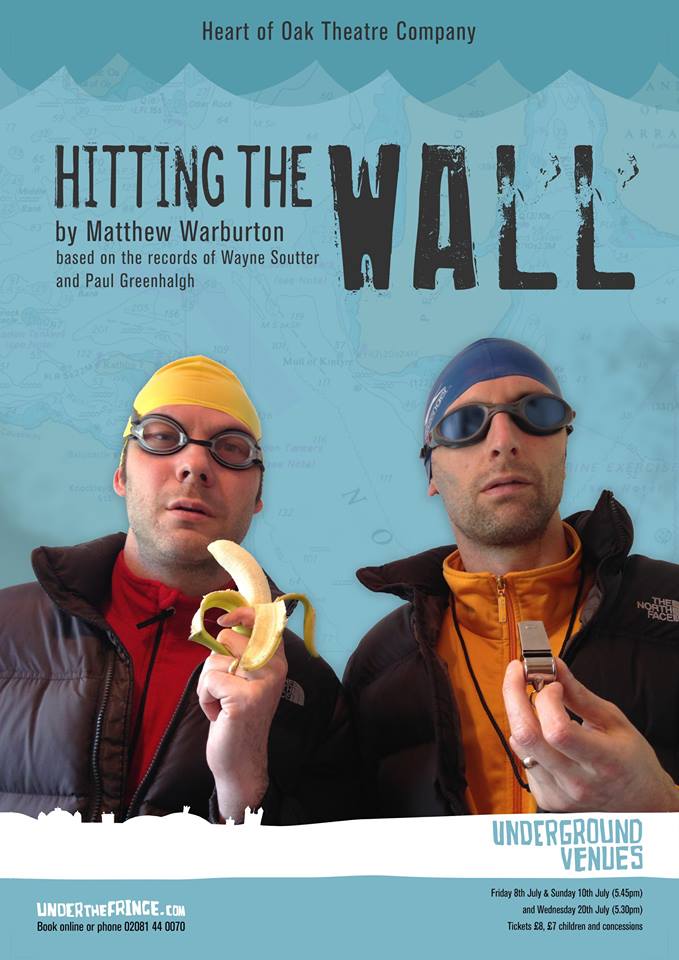 Sean McCarry, Commander of the Community Rescue Service, escorted Wayne Soutter on an unprecedented swim across the Dál Riata Channel in 2012 that was initially pioneered by Mercedes Gleitze in 1928.

Commander Gerald Forberg in his book Modern Long Distance Swimming wrote that the stretch between Scotland and Northern Ireland was the most treacherous in the British waters.

Matthew Warburton has created a commercial play [called Hitting the Wall] based on the 12 hour 11 minute 17 km (10.5 miles) channel crossing. “It is amazing how they interpreted the swim and do it on stage with 2 chairs and tables…and Hitting the Wall is receiving great reviews,” said Soutter.

For more information, visit here or its Facebook page.