We Are Swimming In An Era Of Greatness 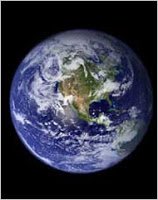 Neil Armstrong, Commander of the Apollo 11, passed away on Saturday.

An estimated 600 million people watched the Navy pilot set foot on the moon in 1969 and heard him utter his most famous statement, “That’s one small step for man; one giant leap for mankind” when he stepped off of his lunar module onto the moon.

The humble American astronaut was never one to boost or exaggerate his exploits, although he had every reason to do so. He viewed himself as a “white-sock, pocket-protector, nerdy engineer” and part of a larger team. “I was aware that this [achievement to visit the moon] was the culmination of the work of 300,000 to 400,000 people over a decade.”

His biographer described Commander Armstrong as stoic, self-controlled, dedicated, earnest, hardworking and honest. Before he blasted into space in 1969, the former test pilot who proved himself under numerous risky situations said, “The single thing which makes any man happiest is the realization that he has worked up to the limits of his ability, his capacity.”

When we think of his life and his legacy, we are reminded of all the great earthly explorers who are living in our current generation. While Armstrong entered history by landing in the Sea of Tranquility on the moon, we are extremely fortunate to witness the exploits of Lynne Cox, Lewis Pugh, Kevin Murphy, Alison Streeter MBE, Michael Read MBE, Marilyn Bell, Vicki Keith, Ram Barkai, Martin Strel, Keo Nakama, Penny Palfrey, Ben Lecomte, Zhang Jian and hundreds of others who have become the first human to swim a particular body of water.

To be a pioneer like Commander Armstrong is not simply a feat of physical endurance and the ability to withstand water and weather extremes, but it also requires the acceptance of significant risks, months of careful planning and diligent research, raising of funds, recruitment of dedicated crew members, and serving as a leader and inspiration to an experienced and able support team. Success is neither assumed nor automatic; it requires focus, dedicated and risk-taking. An unprecedented open water swim is an emotional journey that demands months, and sometimes years, of physical, logistical and psychological preparation.

And never have so many pioneers populated Planet Earth as in the present.

Not only are swimmers attempting major swims in public ways via reporting by traditional media and promotion through online social media, but others are also doing so in private and little-known ways. Publicly or privately, the number of heroes and heroines are increasing day by day in every region of the world.

While manned flights to outer space have been reduced since the heyday of the 1960s, the exploration of the world’s bodies of open water is exploding in the 21st century. Open water pioneers in rivers, lakes, bays, islands, channels, seas and oceans – either solo or relay attempts – are too numerous to keep up with.

Incrementally, the pioneers are making a positive impact on the world. Their exploits inspire both young and old alike. Swimmers like 14-year-old Annaleise Carr who crossed Lake Ontario in 26 hours 41 minutes and 70-year-old Dr. Roger Allsopp who crossed the English Channel then go about and inspire even more individuals through their charity swims that raise much-needed funds for those in need. Swimmers like amputee Natalie du Toit and cancer survivor Maarten van der Weijden performed on the world’s stage doing superhuman efforts but were so humble and down-to-earth on stage and in front of the world’s cameras. Swimmers like Bruckner Chase and Kazuya Suzuki take their passion for the open water across borders and to other cultures, further making the open water world a smaller, more inter-connected world.

So while Captain Matthew Webb dominated the 19th century and swimmers like Duke Kahamamoku, Gertrude Ederle, and Abdul Latif About Heif became well-known in the 20th century, the 1970s saw an explosion of real-life, home-grown, humble heroes. Now in the early part of the 21st century, heroes and heroines are all around us.

Swimmers like Craig Dietz and Philippe Croizon further stretch our imaginations and enable us to think of even greater exploits.

In the troughs of the waves during the lonely hours of training, pangs of pain and long bouts of doubts undoubtedly trouble many, but as the Commander of Sandhurst once told Lewis Pugh, “One sees great things from the valley; only small things from the peak.”

This mindset is enabling and empowering more and more people in the open water swimming world. So many ordinary people are doing extraordinary swims in every kind of body of water. They do not have to be Olympic champions or swim in cold water. They are you.

What a great era to be a part of in the open water swimming world.