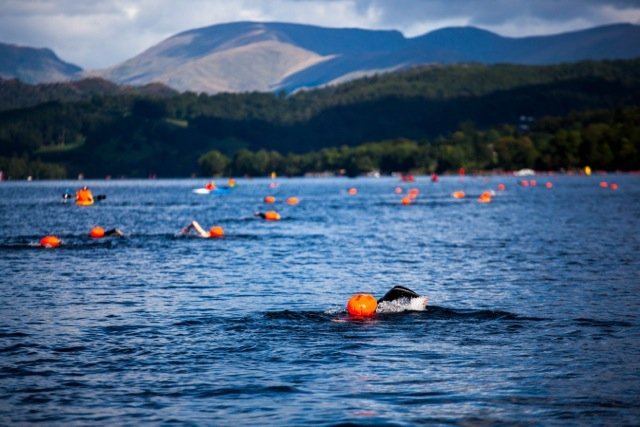 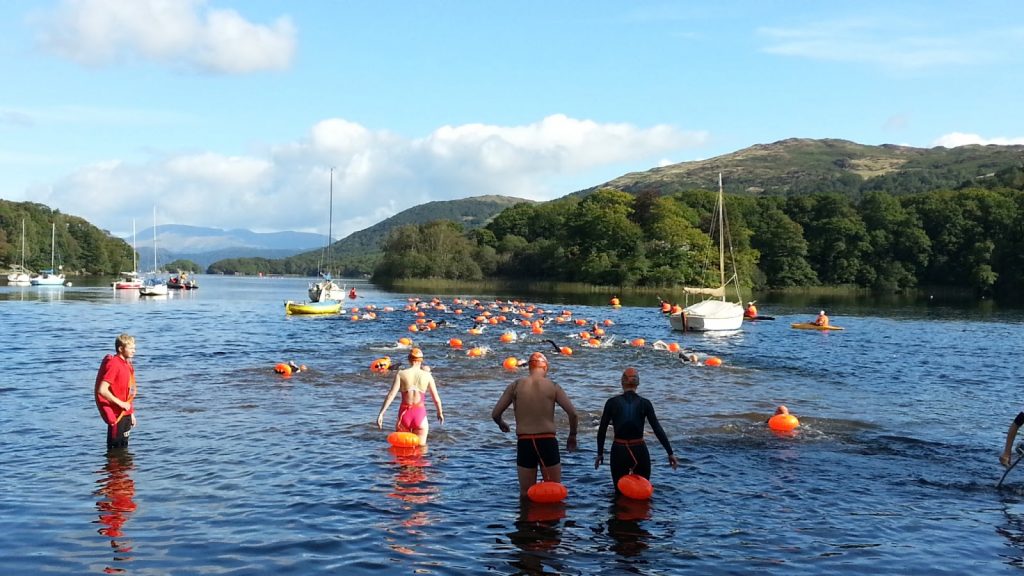 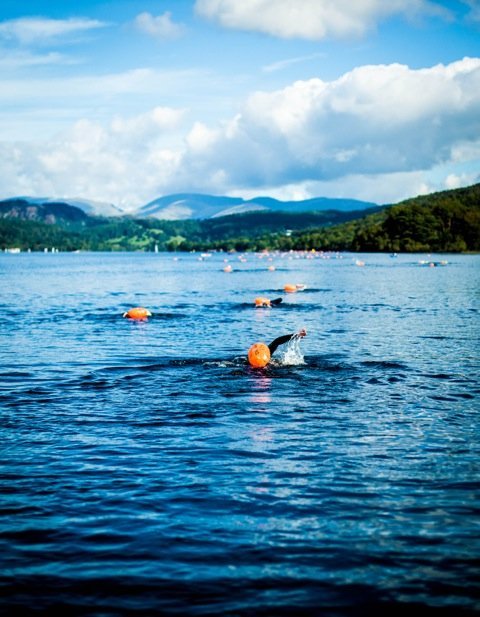 With 250 swimmers, the course of Chillswim Coniston was the entire 5.25-mile length of the lake from Low Water End to Monk Coniston. Swimmers were split into three start times based on their predicted speed.

In the near-marathon swim for the first time, each swimmer was given a Chillswim tow-float. The tow-float enhanced the visibility of each swimmer as well as increased water safety. Mile markers were positioned throughout the course as well as four feed station boats positioned at set points offering drinks, energy gels, jelly babies and bananas. The water temperature averaged 15.8ºC (60ºF) as both wetsuit and non-wetsuit swimmers took part where the finish times ranged from 2 hours 17 minutes through to 6 hours.

For many swimmers, Chillswim Coniston was their first point-to-point (long linear) swim, rather than around a series of buoys in a circle. Participants included the Lake District National Park Chief Executive Richard Leafe and the Royal Lifesaving Society President Peter Moyes, both of whom both successfully completed the challenge. Several swimmers used the event as an opportunity to raise funds for charities, including Maria Martin from Kendal, who swam in aid of Papyrus, and four amputee swimmers who used the swim as part of their training for an English Channel relay in 2014. Craig Howarth, Conrad Thorpe, Jamie Gillespie, and Steve White swam in aid of the British Limbless Ex Service Men’s Association (BLESMA), the national charity for limbless serving and ex-service men and women and their dependents and widows. Next year will be the 100th Anniversary of BLESMA, so the group are planning on swimming the Channel to commemorate the anniversary.

Other swimmers were taking it a little more competitively and separate prizes were offered for those wearing wetsuits and those not wearing a wetsuit, as Chillswim recognizes these as distinct categories, due to the technological advantages neoprene has over bioprene.

The top three results in both categories are: 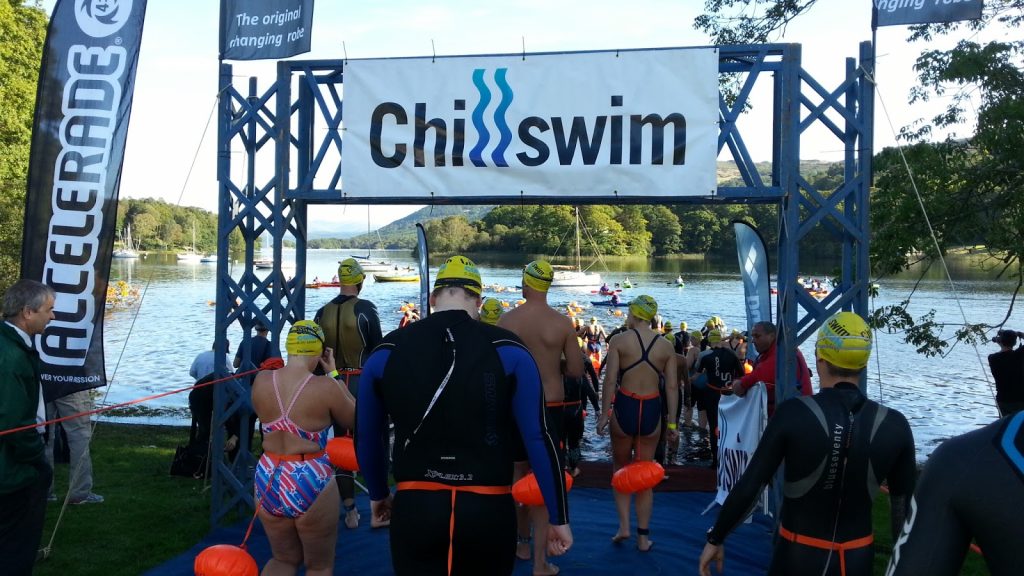 Colin Hill, the founder of Chillswim, said, “Chillswim is owned and operated by people with a long standing passion for open water swimming so to see so many people completing the length of the lake swim today was wonderful. A long linear such as this, over a distance of 5.25 miles really is a challenge, whatever the swimmer’s ability, but the reward was evident at the finish when swimmers were beaming with joy and pride.

We hope to make this an annual event and we would like to sincerely thank all of those who took part in the event, as well as the support we received from our volunteers, staff and sponsors
.”