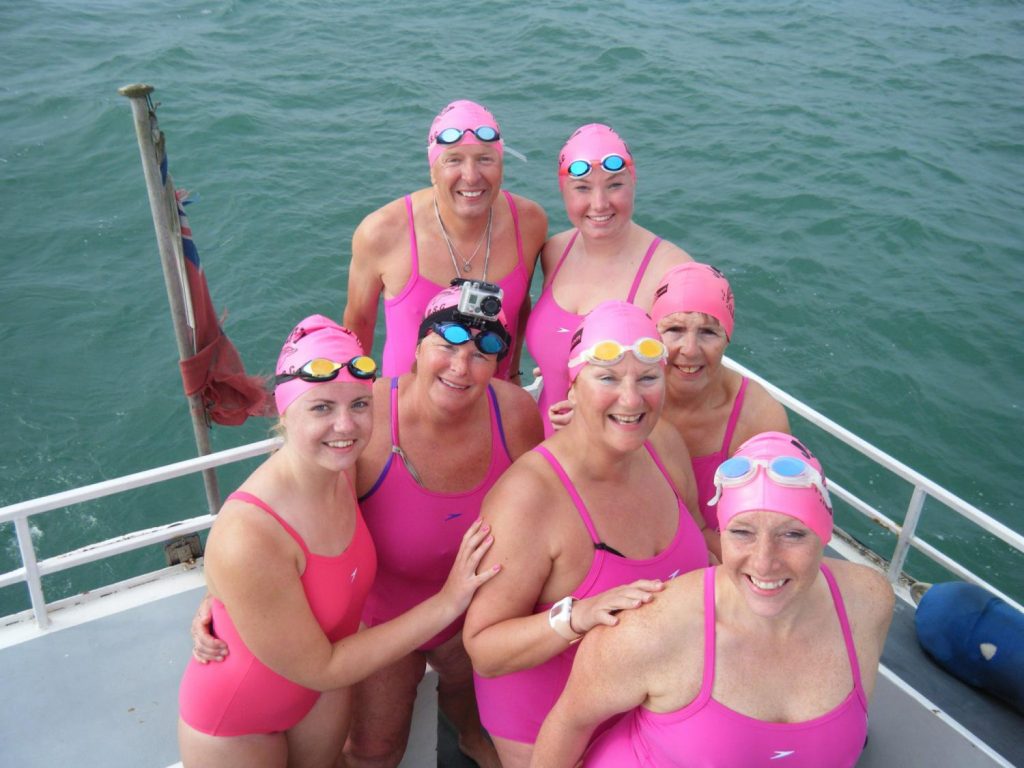 Wendy Trehiou of Jersey completed her third and fourth crossings of the English Channel with a 39 hour 9 minute two-way crossing under the guidance of escort pilot Neil Streeter on Wednesday.

After surviving breast cancer, Trehiou has gone on to win the Gertrude Ederle Award in 2012 for the most meritorious Channel Swimming & Piloting Federation swim of the year by a woman in 15 hours.

But she one-upped herself this week as she became the newest and 113th member of the 24-hour Club with another gutsy swim.

As a resident of Jersey, the English Channel envelopes her geographically. As a member of the local swimming community, the English Channel engages her emotionally. But her road to a two-way crossing was a long time in the making. “I did my first Channel swim before being diagnosed with cancer – in 2006 in 13 hours 36 minutes.“

And so she was off and swimming. I completed a Round Jersey solo swim in 2007 in 10 hours 51 minutes. Then she completed a Jersey to France solo in 2008 in 9 hours 9 minutes giving her three marathon swims in three years. But then time passed and she faced the biggest obstacle of her life. “I was diagnosed on May 5th 2011 and finished my treatment on December 13th.” Not wanting to waste any time and get back into the swing of things, Trehiou was given the green light by her doctor to train for an English Channel swim on January 16th 2012. “I completed my second solo on June 26th, a little more than a year after I was first diagnosed.”

Feted as one of the most inspirational channel swims of 2012 with her one-way solo crossing, Trehiou keeps on swimming and set a new bar of inspiration with her two-way this summer.