What A Great Man, Dale Petranech 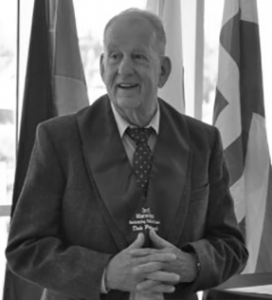 What A Great Man, Dale Petranech

Courtesy of WOWSA, New Jersey. “What a great man.  What a wonderful life he led.  He touched so many people so profoundly in so many different ways over several decades,” said Steven Munatones of his mentor and dual inductee in the International Swimming Hall of Fame and International Marathon Swimming Hall of Fame Dale Petranech who passed this morning from pancreatic cancer. He had just been diagnosed and it was too far along to do anything. “He was involved in USA Swimming, U.S. Masters Swimming, FINA, International Marathon Swimming Hall of Fame, Catalina Channel Swimming Federation and his local and national swimming committees.  He was tireless.  He was unselfish.  He was self-deprecating in both a humorous and truly sincere manner.” The International Swimming Hall of Fame recently announced that Dale Petranech was honored with the 2019 ISHOF Service Award [see video below].  But that was just one of the many honors that the New Jersey native humbly accepted for his five-decade career in open water swimming administrator. International Swimming Hall of Fame and Swimming World Magazine CEO Brent Rutemiller explains the ISHOF Service Award, “The ISHOF Specialty Awards are presented annually to individuals for outstanding contributions to aquatics.” Without a doubt, Dale epitomizes the ISHOF Service Award.  The Award is given periodically to an individual who has selflessly volunteered their time, energy, and/or resources to advance the interests and work of the International Marathon Swimming Hall of Fame.  Dale did this for years – all by himself, without accolades and without compensation.  Documenting history, keeping open water swimming on the top of mind for his aquatic colleagues around the world, Dale was unique and will be very sorely missed.  He literally created the template for a successful aquatics administrator – of any discipline: he put athletes and the sport first. Dale’s very well-deserved inductions in both the International Marathon Swimming Hall of Fame and the International Swimming Hall of Fame were largely due to his role of the ultimate volunteer who devoted his time, energy, and resources to advance the sport and its participants. Rutemiller said, “Dale has been a fixture at the Hall of Fame for as far back as anyone can remember. Whatever needed to be done, Dale was always there to pitch in and lend a helping hand. Whether it was getting up at 4:00 am to help ISHOF’s own, Bob Duenkel set up for the Ocean Mile Swim or make a last-minute run to the Miami International Airport to pick someone up, Dale always did it with a smile on his face. And he never said no. Dale became involved in swimming on an administrative level in 1977, when he was selected to be the chairman of the first USA Swimming Open Water Committee and developed successful domestic and international programs. In 1984, Petranech was instrumental in getting FINA President Bob Helmick to establish a commission to study adding open water swimming to the FINA and Olympic programs. Under Petranech’s leadership as chairman, in 1991, the first FINA 25 km marathon swim was swum in Perth, Australia at the 1991 FINA World Aquatic Championships. In 1998, Dale became the Secretary General for the Marathon Swimming Hall of Fame and has since been responsible for formulating the nomination ballots and organizing the annual IMSHOF inductions. He is an accomplished open water swimmer is his own right. In 1985, he became the oldest person to swim the 21-mile Catalina Channel at the age of 50. All these accomplishments are just another part of Dale’s history and background, but to us, Dale is just another member of the family. Another person we can turn to when we need someone to set up tables, get the flags ready for the Honoree parade, help run an important errand, or just count on when you really need someone. There are not many people like that anymore these days.” Ned Denison recalled, “Dale was the Honorary Secretary of the International Marathon Swimming Hall of Fame (IMSHOF) for several decades. He kept the organization alive and growing in the early years and helped put in place a stronger management team about 10 years ago.   Dale was a true gentleman, yet was able to operate effectively across global political organizations.   The respect on the sport is reflected in the establishment of The Dale Petranech Award for Services to the IMSHOF.  With Dale’s passing, we have lost the link to much of our history.   Dale knew most of the early honorees and could tell stories like IMSHOF Honoree Johnny Weissmuller calling a marathon swimming meeting to order with his famous jungle yell.” Beth Yudovin gave additional insight, “Due to his dedication to IMSHOF, the Executive Committee of the IMSHOF established this perpetual honor, The Dale Petranech Award for Service to the IMSHOF in honor of his lifelong passion on behalf of the sport of open water swimming for those fast and slower, young and older, pioneers and adventurers, soloists and competitive racers. The Dale Petranech Award sets proudly in the International Swimming Hall of Fame Museum in Fort Lauderdale, Florida.” Munatones said, “Dale left so many with so many great memories.  Some people leave a huge void when they pass.  Dale did not leave a vacuum.  Instead, he developed, mentored and inspired people to carry on his work.  His work was a seed that now has huge roots and is towering high, scaling to even greater global inclusion of open water swimmers of all ages, speeds, and backgrounds. Dale always told me, ‘If you want something done, give it to a busy person.’  And Dale was always busy.  And he always got the job done.” Catalina Channel and English Channel record holder Penny Dean said, “In my time as the USA Swimming national team coach, anytime that I had a question or needed anything, I turned to Dale.  He always came through answering my questions, giving advice, or finding a better way to help the open water teams succeed.  He traveled with us on many trips which gave us another expert to rely on when needed.” 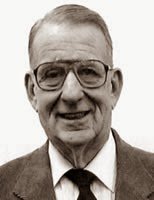 It was not only in the open water where Petranech left a legacy.  The 1-Hour Postal Swim, sanctioned and supported by U.S. Masters Swimming, was created by Petranech.  “The event was first organized by Dale (shown in 1978 on left), modeled after a track & field event,” recalls Ann Svenson formerly of the DC Masters and now with the Adirondack District Masters Swimming. “It helped make a reputation for DC Masters. After Dale moved to New Jersey in 1981, Art Smith and the late Dave McAfee took over running the event.” Started on a small scale by Petranech, the growth of the 1-Hour Postal Swim – like the sport of marathon swimming – has been phenomenal. Hosted by the DC Masters until 1993, the Speedo USMS 1-Hour Postal National Championship went out to bid and is now rotated around the country. It has grown to become the most popular and largest U.S. Masters Swimming championship event.
International Marathon Swimming Hall of Famer Christopher Stockdale remembers Petranch, “[Dale was] one of the greatest servants and advocates of our beloved sport. His exemplary service was completely unselfish, often arduous, consuming of his personal time, and all with a vigour and sustained enthusiasm for the task that would exhaust most of us.  We made direct contact on only a few occasions, but he always remembered my name, was extremely kind, a joy to talk to. Over the years I have witnessed the passing of the most dear friends within the swimming fraternity without whose intervention in my life I would not have been the man I am today nor would I have had the plethora of fabulous memories that I am fortunate enough to be able to recall.  I shall mourn his loss deeply. The swimming community will be forever diminished in stature by his passing, but blessed by the memory of knowing him and his immeasurable contribution to the noble art of open water swimming.” Copyright © 2008-2019 by World Open Water Swimming Association