What Are The Chances Of Survival? By Lenny Bernstein 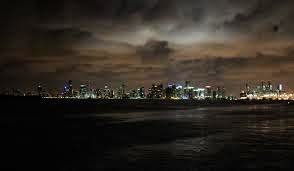 Open water swimmers have no problem imaging swimming 9 miles in the open ocean.

But they would do so with an escort pilot and/or kayak, a sufficient amount of hydration and sustenance, equipment (e.g., swimsuit, swim cap, goggles, lanolin), navigational aids (i.e., GPS), pre-planning and physical preparation.

Imagine suddenly being plopped in the ocean without any of that. No escort, no hydration, no goggles, no navigation, no planning, no training.

It would be a monumental task.

Imagine the shock of being dumped into the ocean 9 miles offshore and then facing the very real possibility that you will never be found and must make it back to shore.

It would be more than a monumental task.

This is precisely what Robert Konrad, a former professional American football player with the Miami Dolphins, faced last week.

But Konrad had a strong will to live and he was dumped overboard where the tides, currents, winds and water temperature gave him a fighting chance for survival.

Lenny Bernstein of the Washington Post wrote an article on his ordeal. The prolific health and fitness blogger investigates the possibilities and problems facing an untrained and unprepared individual in the ocean here in the Washington Post