What Is The Correct Call In The Open Water Swimming World? 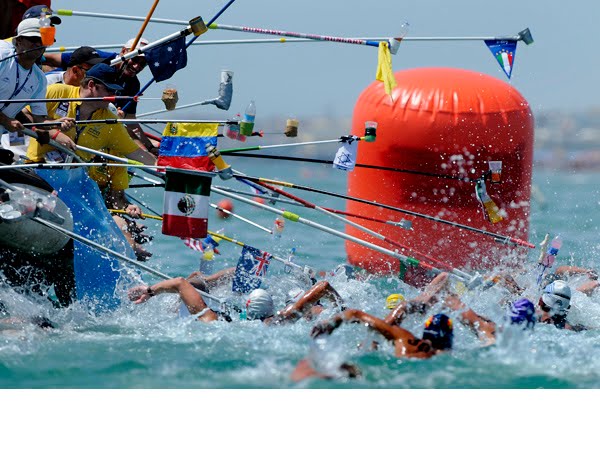 The Issue: Is a call appropriate in this situation? If so, what athlete is called for what infraction of the rules?

Does anyone receive a warning, a yellow cardor a red card? 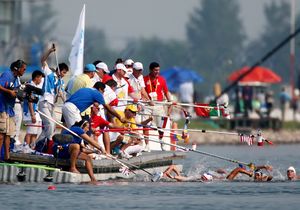 Our Logic: We believe the outside swimmer committed something that was deserving of either a warning or a yellow card for an infraction based on impeding and unsportsmanlike conduct.

What If?: On the other hand, what if the inside swimmer had touched the feeding station, and then proceeded to turn his body and push off the feeding station with his feet? Then this would have provided an unfair advantage and either a yellow card or red card could have been issued.